Misty Godfrey was exposed at a young age to a hobby which she described simply as "grabbing a hold of your spirit, and you can't let go." 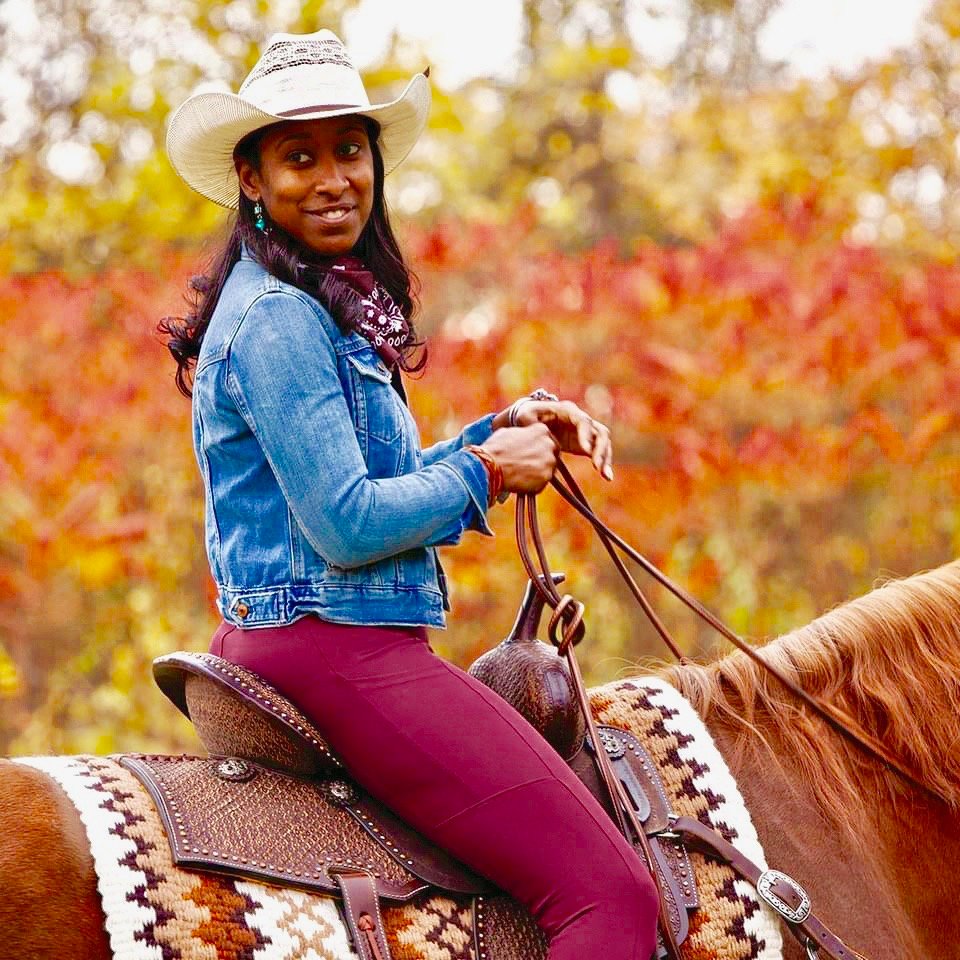 Misty, whose classes begin Sept. 24, has been able to share her love for horses with over 400 students during her 12 years with MALT.
Posted Wednesday, September 8, 2021 9:00 am
by Len Lear

I could go on, but the mane reason for this article is not to provoke groans buy to brag about Misty Godfrey, the extraordinary horsewoman who may  not be a globe-trotter, but she will be teaching an eight-session course, “Horsemanship 101,” for Mt. Airy Learning Tree (MALT), starting on Friday, Sept. 24. 6 to 8 p.m.

Misty began teaching for MALT in 2009 and since then has been able to share her love for horses with over 400 students. She previously taught at other local stables such as Saddlebrook Equestrian Center in Skippack and Belmont Stables.

Growing up in West Philadelphia, where she still lives, Godfrey was exposed at a young age to a hobby which she described simply as "grabbing a hold of your spirit, and you can't let go." Her mother, also an equestrian, taught introduced Misty to the urban horse culture that was thriving in the city at the time.

“My love for horses caught fire,” Misty explained last week, “when I got my first official job at 7 years old taking care of a calf named Peanut at the Cobbs Creek Riding Academy, a program for inner city kids to be with horses! I wanted to work with horses but I was only 7, and you had to be 14 to work there.

“I was determined to show that great things come in small packages, though! The founder of the Academy was Abdus Salaam, an urban Black Cowboy, equestrian and Karate master, affectionately called Sensei. After a few months of taking care of Peanut and my almost pestering persistence, I proved myself worthy. Sensei finally said I could work with the horses! The rest is history!”

Misty loved all of the horses there, but two named Sparkles and Zipper were “definitely our 'heart horses.' We called them 'The Boys.' I started riding Sparkles when I was 13 years old. Soon after, we got Zipper, my sister Lisa’s horse, and she was about 6 years old. When you fall in love with an animal as a child, it’s a special kind of love. You may only get that once in a lifetime. My sister and I had 22 years of friendship with The Boys.

“They were everything we could have hoped for, and they did everything we ever asked. We did trail rides with them, pony rides, competed in events such as western pleasure, barrel racing, polo and jumping. When we became adult instructors, they were the heart of our riding lesson program. They had so much experience that they were able to help us teach students in a top-notch way. They were simply a part of our family ...

“The hardest thing I’ve ever had to do besides coping with losing my mother was saying goodbye to The Boys. It was always my mother and sister and I and The Boys, Sparkles and Zipper. That was our family. When you have to decide to end your pets' lives, it is taxing to your soul.”
As a lover of all animals, Misty attended Saul High School in Roxborough, giving her an education in agriculture, which led her to attend Delaware Valley College for equine studies. She later worked at the University of Pennsylvania as a research lab manager before deciding to devote her life to teaching equestrianism full-time. She insists that the insights she gained from her work in the stables "provided me with a breadth of education and knowledge that was more valuable than any college class."

Misty later became barn manager and trainer at Monastery Stables in Wissahickon Park, but when Isaac Johnstone, her mentor, passed away in December of 2012, she became Executive Director of the Bill Pickett Riding Academy, which Johnstone had asked her to do.

“I had to do what made my heart beat,” she said, “and that was to continue our legacy of the Black Cowboys in Philadelphia at the Bill Pickett Riding Academy and most of all, being a mother to my amazing new bundle of joy!”

The Horsemanship 101 classes will be held at the Bill Pickett Riding Academy, 2100 Martin Luther King Drive. For more details: 215-843-6333 or mtairylearningtree.org Len Lear can be reached at lenlear@chestnuthilllocal.com