Running 24 miles to Forbidden Drive and back at 4 a.m.

From 2008 to 2012, at least once a week on a Saturday or Sunday, Phil Clark would run from Northern Liberties to Henry Avenue in Roxborough or to Forbidden Drive in Chestnut Hill and back, about 22 to 24 miles all told.

Running 24 miles to Forbidden Drive and back at 4 a.m. 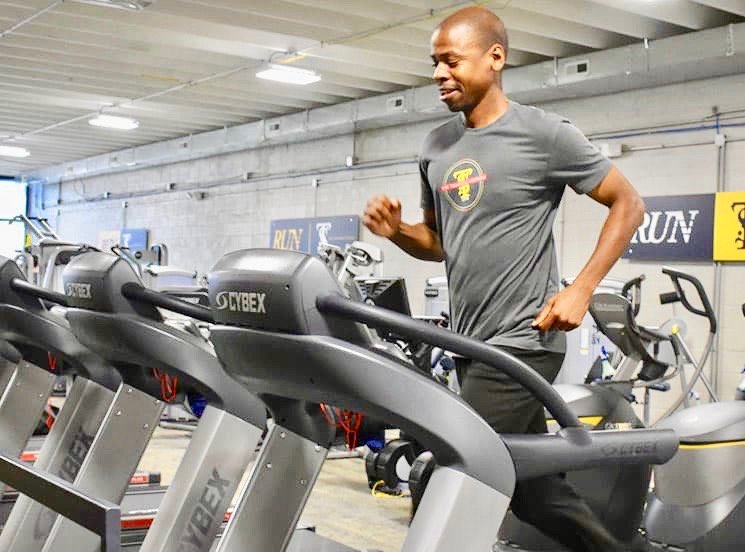 Phil Clark, once a world-class athlete who has trained members of the Philadelphia Eagles, used to run from Northern Liberties to Henry Avenue in Roxborough or to Forbidden Drive in Chestnut Hill and back, 22 to 24 miles in all.
Posted Friday, December 4, 2020 8:00 am
by Len Lear

From 2008 to 2012, at least once a week on a Saturday or Sunday, Phil Clark, now 48, would run from Northern Liberties to Henry Avenue in Roxborough or to Forbidden Drive in Chestnut Hill and back, about 22 to 24 miles all told. He started at 3:30 to 4 a.m. “Sometimes I ran into angry geese or an overflooded path after a hard rain, he said, but it was so enjoyable and relaxing.

“I'd go past the East Falls Bridge, and it was so quiet. Before getting there, though, I'd be running past all-night diners. The nightlife crowd would look at me like I was crazy. I saw John Street (mayor from 2000 to 2008) power-walking many times. My day then started at 5 a.m. I always made it on time to the 8 a.m. Mass on Sunday. I can't do it anymore because my hips will not allow it."

Phil, father of six children, was born in Northeast Philadelphia, grew up in Brookhaven, Delaware County, went to St. James High School in Chester and was an economics major at Yale University, where he was on the track and field team. Clark broke the school record in the triple jump in his first competition. He also started a newspaper at Yale, was co-leader of the Black Student Alliance and built a recording studio. “I wanted to do everything,” he said, “and Yale supported us.”

Since his Ivy League days, Clark has become an author, public speaker and business owner who has appeared as a fitness consultant on Philadelphia's 6ABC-TV and has lectured to graduate students. For three decades he has trained runners and pro athletes. As an athlete himself, he has trained for the Olympic Games and has participated in national and international competitions.

As a coach, he developed athletes in numerous sports. In fact, in 1996 Phil was named assistant coach for the Widener University track & field team. He coached male and female sprinters, jumpers and throwers. Upon his arrival, the team had no regionally recognized athletes, but in just five months Phil had developed nine conference champions. Years ago Phil also trained some members of the Philadelphia Eagles, but “there was no future in that. There is a bigger market with lay people.”

In 2009 Phil opened Run Shoe Store, and in 2010 he opened the Training Station Gym, both in Northern Liberties, where his near-marathon runs to Chestnut Hill started in 2008. How has he managed to survive during the pandemic?

“A guy who services gyms told me it's the small operation that has personal connections to the customer that is doing better during the pandemic than the giant chains,” Phil replied last week. “The bigger places have thousands of members, but most members will not come in (during the pandemic). When people do their research first, we get most of them, but most gym goers do not look at the differences.

Clark's shoe store was the first one in the city to do “gait analysis” with a high-speed, high-definition camera to find the best shoe for a customer. “Eventually, though, I saw research that found there is no good evidence to prove that the best shoe is the one that matches the gait. They found that length and width and newness are better predictors of whether or not the particular shoe is the right one for you. I might still do gait analysis just because a customer is curious, and in medicine it's useful but not in footwear.”

To show the significance of the right footwear, Clark talks about “John,” a man in his late 30s who had  had a stroke and spent one year in physical therapy but still had underlying problems, including a limp. “His leg was too weak. On day one we did a 30-minute workout. I told him to lift his toes up inside the shoe when he walks. Immediately he started walking normally. He could not believe it. He had a profound loss of short-term memory, though, so he had to put Post-it notes up to remind himself to 'put your toes up inside your shoe.'”

This article was written before the city announced its latest round of Covid restrictions. For more information, visit phillytrainingstation.com. Len Lear can be reached at lenlear@chestnuthilllocal.com