Richie Havens by Paul S. Rappoport When you walk onto the grounds of the Bethel Woods Center for the Arts in Bethel, NY, you enter a sanctuary, a cultural history, and an arts and music haven. The … 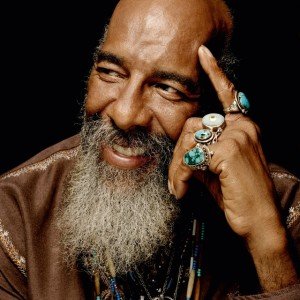 When you walk onto the grounds of the Bethel Woods Center for the Arts in Bethel, NY, you enter a sanctuary, a cultural history, and an arts and music haven. The expansive grounds, the manicured gardens, the ponds and fountains-- all evoked for me visions of the Curtis and Morris Arboretums. Serene yet exciting, you can’t believe you’re at “Woodstock.”

There I was on what was once Max Yasgur’s farm, the site of the most famous musical festival ever -- 1969's Woodstock.

The site has a lot more in common with the Morris Arboretum than that of a cultural revolution. There's no sign off mud slides. No 500,000 hippies or bad acid trips. Just 1,500 Richie Havens fans wishing this legendary folk-rocker a heartfelt goodbye.

Havens died this past April at the age of 72. He was being remembered at the center in a "final return to Woodstock," which would conclude with a fly-by scattering of his ashes scheduled for 5 p.m. that evening.

Mr. Havens toured for four decades with regular stops in Philadelphia. He played the Philly Folk Festival in 1981, most recently appeared at the World Café Live in 2009 and at WXPN’s Beggars Banquet in 2010. His soulful cover of Bruce Springsteen’s “Streets of Philadelphia” is unparalleled in its emotional texture.

The tickets for the Richie Havens Memorial were free, but the music not so much. Like Woodstock '69, this event was both blessed with talent and touched by disappointment. Mr. Havens would have been gratified by the many fans gathered to remember him, but the indoor memorial service was limited to only 600 people, leaving more than half of the aging hippies and their families in a lurch. But just as the heroes of Woodstock were the fans themselves, here too, with a pulsating drum circle on the grounds' grassy knoll, musicians and fans came together to party in memory of the man who gave us "Freedom," the Havens improvised classic from his opening act at Woodstock ‘69.

At the indoor ceremonies, luminaries were present to speak and play: Jose Feliciano, John Sebastian, John Hammond, Danny Glover, Louis Gossett Jr. and more. I did not mind not having a ticket. I actually thought it would be hipper to sit on the crest of the hill, looking down into the valley where the original stage was located while listening through the outdoor sound system. How cool would that be? Being here and there both at the same time.

Fans began to collect on the hill, reclining in beach chairs, lying on blankets, standing, dancing, gyrating. A drum circle had formed. Juma Sultan, surrounded by fellow musicians, had passed out instruments to the crowd— bongos, congas, tambourines, maracas, drum sticks -- bidding us all to keep Richie in our hearts and our drum beats close to time. The music served as a Greek siren to the crowds meandering the grounds. They came from all directions.

Daniel Ben Zebulon kept the throngs entranced with his congas. Oseiku DanEl Diaz, whose career includes having played with the likes of Carlos Santana and others, was in the line. Sultan, Jimi Hendrix’s percussionist, and Zebulon, Richie Haven’s percussionist -- here at Bethel to remember Richie — also performed with their rock star celebrities at the Woodstock Festival 44 years ago.

I wandered the grounds and overheard snippets of conversations from those who were here then.

“That’s where the fence was supposed to be.”

“I camped over there."

Then the drums went silent. The indoor service has begun and the sound was piped outside for all to hear. The story is told of how Sweetwater, the opening band, got stuck in traffic and Richie was flown in by helicopter at the last minute to open the Woodstock show. He did 15 minutes, then another 15 minutes, and so many “15minutes” that it’s been said he opened the concert for 3 hours and played everything he ever knew.

Within minutes electrical problems developed and the crowd on the hill found itself sitting in silence. How could this be? The original Woodstock Festival was fraught with so many problems, including canceled permits, that it almost never happened.

Here we were again. Technicians come out and fiddle with the amps to no avail. They never got it to work.

"Is this Woodstock or what?" I thought.

I wandered around more, found the monument constructed in memory of the bands, and conversed with a somewhat inebriated celebrant who professed that he was conceived at Woodstock and was chagrined at the “commercialism” of the Bethel Woods Center. His parents he saids, if they were alive, would not be happy.

The drum circle sprang to life, filling in for the lost ceremony. The spontaneous performance by the coalescing neophytes and pros re-awakened the crowd. Was it a “Be-In," a “Love-In," or a “Happening”? All I know is that it was rhythmic, authentic, in the “now”, and was pretty darn cool.

By 4:30, having missed the programmed “free concert” but entertained by the far freer experience outside, it was time to call it a day. I left early for the four-hour Sunday night drive back to Wyndmoor and missed the scattering of the ashes. But I heard when they were dropped by plane with rose petals while the Juma Sultan percussionists beat out their final “goodbye," it was quite a moving experience. Ticket holders or not, we were there for the “final set” to remember the guy with the big hands, a big heart and that infectious loving smile.

Paul S. Rappoport is a writer/photographer who lives in Wyndmoor.