When the progenitor of the clan for which Rex Avenue is named arrived in the Germantown settlement, the now eponymous lane still resembled the wooded path Lenni-Lenape elders walked in single-file to Council Rock, their sacred meeting place overlooking the Wissahickon valley. 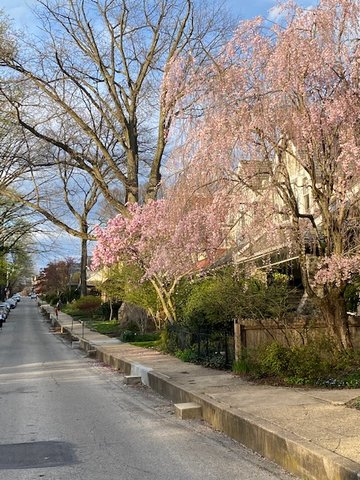 Narrow and picturesque, Rex Avenue starts at Germantown Avenue and winds up at an entrance to the Wissahickon. Photo by John O'Donnell 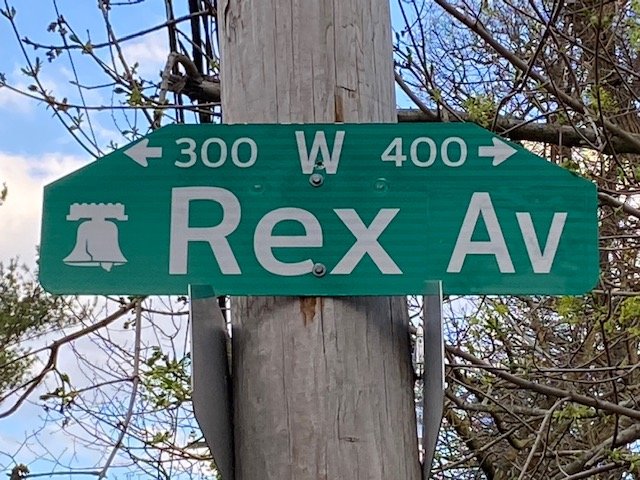 Last month the Local kicked off its “Street Smarts” series with a look at the singular genius and champion of human rights, Anthony Bénézet, for whom Benezet Street is named.

This time we recall and celebrate a family that has made contributions to Chestnut Hill over many generations.

When the pioneering progenitor of the clan for which Rex Avenue is named arrived in the Germantown settlement in the first years of the 18th century, the now eponymous lane still resembled the wooded path Lenni-Lenape elders walked in single-file to Council Rock, their sacred meeting place overlooking the Wissahickon valley.

Hans Jurg Ruger (1682-1772), a blacksmith and farmer, was probably among the second wave of German immigrants to Germantown, arriving after 1710. He married Margaretha “Barbara” Grothausen in 1719. The following year he purchased 27 acres in the village of Sommerhausen on the east side of what is now Germantown Avenue, close to Willow Grove Avenue in present-day Chestnut Hill.

Within two decades Ruger would relocate to counties north of Philadelphia and prosper largely through land acquisitions. Prior to his departure, however, he made sizable contributions to the local community. He and his wife would raise seven sons and a daughter. At least 19 of his direct descendants, including sons Abraham, John and Bernhard Jacob, fought in the Revolutionary War. In a land of new beginnings, his sons soon changed the family name to Rex.

In 1762 Ruger conveyed to his son Abraham a parcel of land adjacent to his original property. That year, Abraham Rex built a store  on that tract, which still stands today at 8031-33 Germantown Avenue, as the offices of the George Woodward Co. and the Woodward Housing Corporation.  It’s one of the Hill’s oldest existing buildings. Henry H. Houston purchased it in 1884, and his daughter Gertrude Houston Woodward inherited it in the early 1920s.

Nostalgia distorts historical reality, so it would be a mistake to picture Abraham’s country store as a hangout for codgers puffing corn-cob pipes over a checkerboard atop a cider barrel. Rex’s emporium was a dynamic trading post known as a “great store” - yesterday’s supermarket without big-box flare - strategically situated along the Great Road from Whitemarsh to Philadelphia and serving as a critical hub of a burgeoning economic network. It was the community’s most cosmopolitan institution.

Outlying farmers brought their produce to the store, serving a growing urban population and trading for “dry goods”- urban-made commodities and items imported to the city from around the world.

The success of Rex’s store and others like it helped make the settlement a “gateway village,” a forerunner of the boutique culture of “the little shops of Chestnut Hill.”

Because Abraham Rex’s store is the family’s most palpable memento, it is tempting to assume that Rex Avenue was named in his honor. But that conjecture underestimates the Rex family’s stunning proliferation. Like his father Hans Jurg, Abraham was a pious man who paid particular heed to the biblical injunction “Be fruitful and multiply.” He married Anna Bastian in 1759, and they had 13 children. One of his grandsons was George V. Rex (1804-1883).

George V. Rex was very active in the Hill’s civic affairs in the middle third of the 19th century. He served as a trustee of the area’s first public school, Harmony School, and was a major force behind the founding in 1852 of the Presbyterian Church of Chestnut Hill, built at the corner of what is now Rex and Germantown avenues. He died two years before Houston acquired the Rex store.

Summit Avenue was renamed Rex in 1897. Whoever named the street probably recognized the debt the community owed the family. One might even say they were connecting their “Rexes” and “owes.”

In the 20th century, Barbara Clayton Rex (1904-2001), wife of Walter Edwin Rex Jr - George’s grandson - gathered together the family papers in a collection and housed it at the Pennsylvania Historical Society.

She was a successful editor, noted writer of fiction and non-fiction for the Saturday Evening Post and the Atlantic and frequent contributor to the Chestnut Hill Local. From the 1960s, she authored semi-autobiographical novels dissecting Philadelphia high society, suburban gentility, and powerful aristocratic families. It is probable that Hans Jurg Ruger would not have recognized his distant progeny.

It’s fairly easy to discover who or what a street is named for, and why it matters.  More difficult, and even perhaps more interesting, is figuring out who did the naming - and for what reason.

When answers to such questions do not hop handily from our records, we surmise. Take educated stabs. That’s where the fun starts. Why not share the fun with our readers?

So for all our history buffs and professed scholars, readers bereft of crossword puzzles and old-timers bursting with local lore: Who do you think named Benezet Street? Rex Avenue?

Send your guesses, or maybe even your certain knowledge, to johno@chestnuthilllocal.com.  We’ll share what you’ve found in a future issue.