SEPTA's Regional Rail is broken. Can it be fixed?

SEPTA ridership has not returned to normal, and its Regional Rail system is hurting the most - something the agency hopes to address with a new master plan expected to be released later this year.

SEPTA's Regional Rail is broken. Can it be fixed? 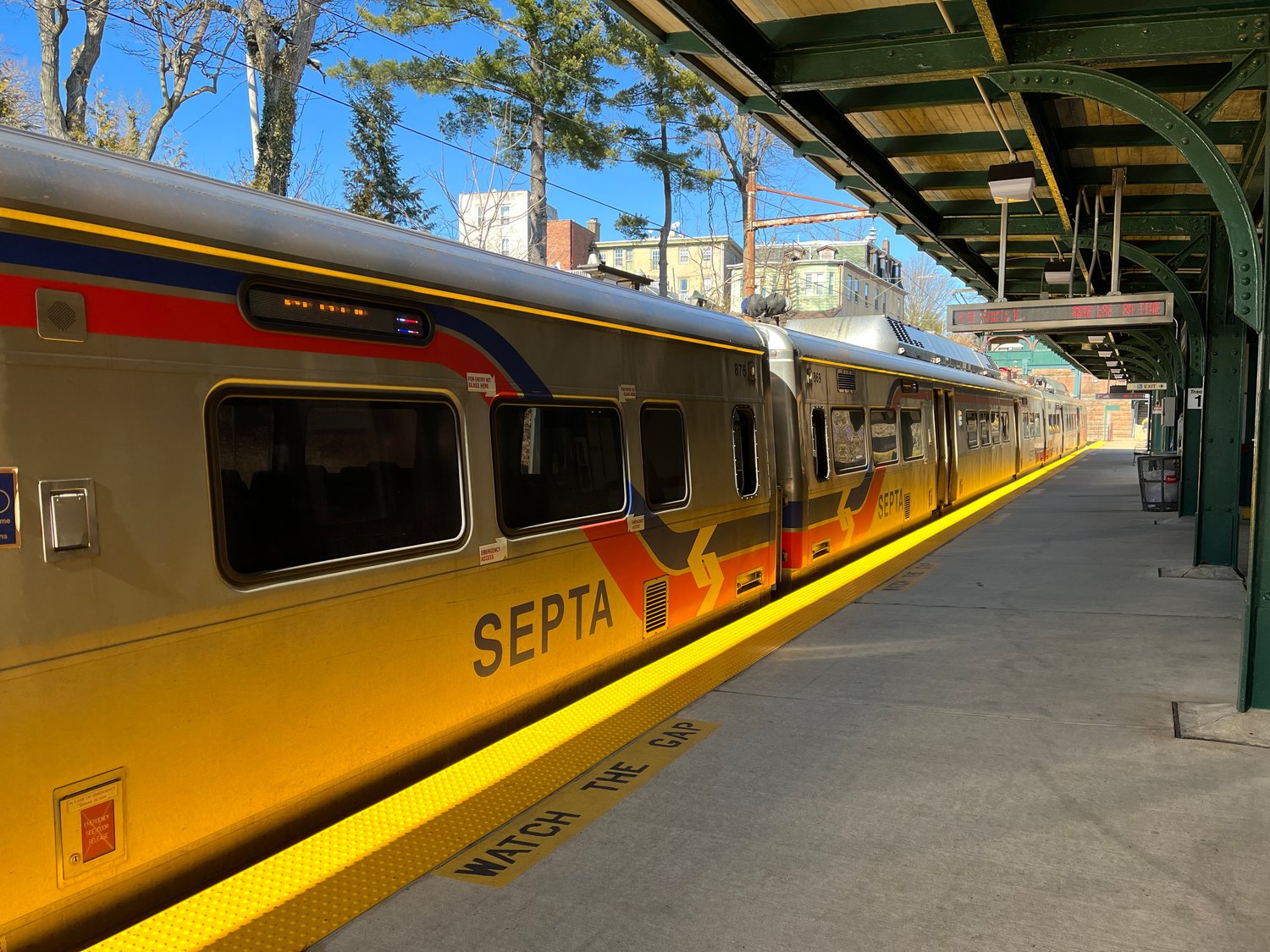 Chestnut Hill West, seen here on Monday afternoon, has one of the lowest rates of ridership in SEPTA's Regional Rail system. Photo by Carla Robinson 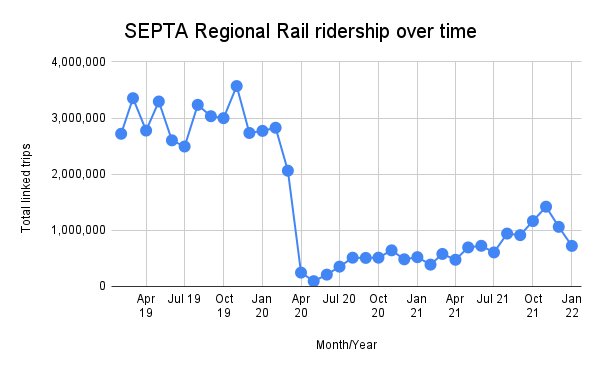 Speaking over the hum of an idling Silverliner train on the platform of SEPTA’s Chestnut Hill West Line, conductor Ashton Lynch told the Local that the level of ridership has “definitely” picked up since the beginning of the pandemic.

But he’s not expecting ridership to return to what it was before COVID. “With the way people are working from home, I don’t think it’ll ever be like it was two years ago,” he said.

It’s not just Lynch who believes that. His employer does too. “We do not expect Regional Rail ridership to reach pre-pandemic levels,” SEPTA spokesperson Andrew Busch told the Local. “At least not within the next couple of years.”

As vaccination rates have climbed and many aspects of society have returned to normal or close to it, SEPTA is struggling. The agency’s ridership has not returned to normal, and its Regional Rail system is hurting the most - something SEPTA said it hopes to address with a new master plan called “Reimagining Regional Rail,” which is expected to be released later this year.

The plan, Busch said, “will look at all facets of operations,” including factors such as train frequency, route length, fares and connections to buses and other transit modes. The aim is to “make the Regional Rail system more useful to more riders.”

Until late last year, SEPTA was gradually getting back Regional Rail riders. In November, ridership was about 40% of what it was for a typical pre-COVID November - the highest since the start of the pandemic, according to statistics provided by Busch. December was down only a point at 39%. That number fell to 26% in January - something Busch attributes to the Omicron variant. (The agency’s all-time low was at 3% in May 2020.)

“Work-from-home trends were growing before the pandemic, but have obviously accelerated,” Busch said. “We’re starting to see a little bit of a recovery [this] February but still waiting for a number on that,” he said.

John Landis, a Chestnut Hill resident and professor of city and regional planning at the University of Pennsylvania, said it's tough to say how SEPTA will rebound since there’s no historical precedent for the COVID-19 pandemic. He pointed to instances when fares were raised as the closest thing to an analogous situation. Typically, said Landis, ridership will initially decrease by about 10 percent whenever fares are raised, but riders gradually come back. But Landis doubts that’ll be the case post-COVID.

“I don’t think that's going to happen here,” Landis said. “The pandemic lasted longer than anybody thought it would. People’s habits have changed.”

But SEPTA’s other transportation lines grew gradually over the course of last year. In January 2021, ridership was about 37% of a typical pre-COVID month. By December, that number was up to 52%. That’s about on par with transit systems in the other cities among the ten most populous in the country.

And there are some brilliant people who believe SEPTA will make a full recovery. One of them is Richard Voith, president and principal of Econsult Solutions, who told the Local that he expects SEPTA ridership to return to pre-pandemic levels.

“I actually think that’s the true story of what will happen,” he said. “Several years from now this will be a quaint memory.”

Mt. Airy-based developer Ken Weinstein also believes SEPTA riders gradually will return to the habit of using public transit. After all, he’s starting to do that himself.

“I’m a public transit rider, and I did not use public transit for two years until last Sunday when I took it from Wayne Junction to the airport,” he said.

Weinstein, who specializes in developing office and retail space, is putting his money where his mouth is. Despite swaths of people continuing to work from home, Weinstein hasn’t changed his long-term plan to develop commercial properties.

In fact, he feels that if people don’t return to large office spaces in Center City, it could be good for his company, which is primarily based in Northwest Philly.

“If in the Northwest people are spending more time at home during the day, that can only help local retail and restaurants and coffee shops,” he said. “So there is an upside to the type of development we’re doing, partly because we’re outside Center City. If I was in Center City, it might be very different.”

Dena Driscoll, a co-chair of urbanist political action committee 5th Square, said increasing the frequency of trains is the best solution. Currently, the frequency of SEPTA’s Regional Rail is about 75% of what it was before the pandemic.

“If we have frequently running transit, people are going to use it,” she said. “Frequency is the biggest thing we can do to increase ridership.”

“In terms of frequency, Regional Rail has a problem,” he said. “For most of the Regional Rail lines in the peak periods, they could add another train per hour and their ridership would go up.”

Busch didn't argue the correlation between frequency and ridership. But the reality is, he said, that SEPTA needs more riders to make that happen.

This creates a Catch-22. Or as Landis put it: “It puts you into a bad situation where you’re not running enough trains to attract riders, and you’re not getting enough riders to justify more trains.”

Others say cutting fares would help.

“You’ve got to cut the fare to subway pricing,” Weinstein said. “For stations like Wayne Junction, you’re only 10 minutes away from Center City, and the fare needs to reflect that.”

Busch said that fares are one of the factors being considered in the Regional Rail master plan. But he also noted that Regional Rail is simply a more expensive transit mode to maintain than the subway.

Both Landis and Driscoll, however, said that if SEPTA could remedy the fare and frequency problems, it’s got the capacity, given its infrastructure, to improve upon its current status of being one of the best transit systems in the country.

“When you look at the share of people who are within walking distance of a Regional Rail line, those numbers are pretty high compared to most cities, which explains why SEPTA is so highly regarded in the nation with respect to transit professionals,” Landis said.

“If we had more frequently running trains,” she said, “we would have a powerhouse system.”

Tom Beck can be reached at tom@chestnuthilllocal.com