The original 2005 Broadway production of “Spamalot,” which was at the heart of Forstater’s lawsuit, was directed by Mike Nichols. It won three Tony Awards, including the Tony Award for Best … 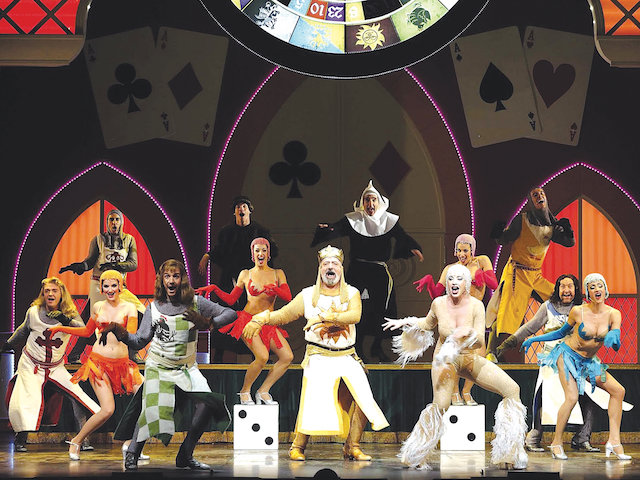 The original 2005 Broadway production of “Spamalot,” which was at the heart of Forstater’s lawsuit, was directed by Mike Nichols. It won three Tony Awards, including the Tony Award for Best Musical of the 2004–2005 season and received 14 Tony Award nominations. During its initial run of over 1,500 performances, it was seen by more than two million people. Touring versions of “Spamalot” have been on stages around the world ever since then.[/caption]

Mark Forstater, 75, grew up on Williams Avenue in East Mt. Airy, graduating from Central High School in the 216 class in June 1961. Like lots of kids, Mark loved going to the movies, especially the Wayne Avenue Playhouse at 4910 Wayne Ave. in Germantown, which showed foreign films by legendary directors like Ingmar Bergman, Federico Fellini and Francois Truffaut.

While other kids may have dreamed of being a rock ‘n’ roll star or major league baseball player, Mark dreamed of being a movie maker. East Mt. Airy is a long way from a Hollywood film set, but Mark was laser-focused, going to City College of New York to study film at night (after earning a B.A. at Temple) while attending movie theaters almost every day.

By this time, however, the U.S. was engaged in a war in Vietnam, and Mark had no intention of being drafted to shoot guns at Vietnamese people, so he left the U.S. in 1964 to take graduate courses at the University of Manchester in England. Later he moved to London to study at the London School of Film Technique, eventually getting a TV job as well as making a couple of low-budget films with friends.

While in London, by an extraordinary quirk of fate, Mark ran into Terry Gilliam, a Minnesota native who had been his friend and roommate at CCNY. Terry had also moved to England, where he was working as an animator and co-director on “Monty Python and the Holy Grail,” a spoof of medieval knighthood legends like King Arthur and his Roundtable. Thanks to Gilliam, Forstater was able to get a job working on the film, and by another remarkable development (too complicated to go into here), Mark wound up as the film's producer.

At the end of the film, his name appears prominently on the screen as “Producer” in the list of credits. The film, with its very offbeat humor, became a huge cult hit on both sides of the Atlantic, with lots of fans watching it over and over again. The six members of the satirical Pythons — Graham Chapman, John Cleese, Terry Gilliam, Eric Idle, Terry Jones and Michael Palin — as well as Forstater all made serious money as a result. 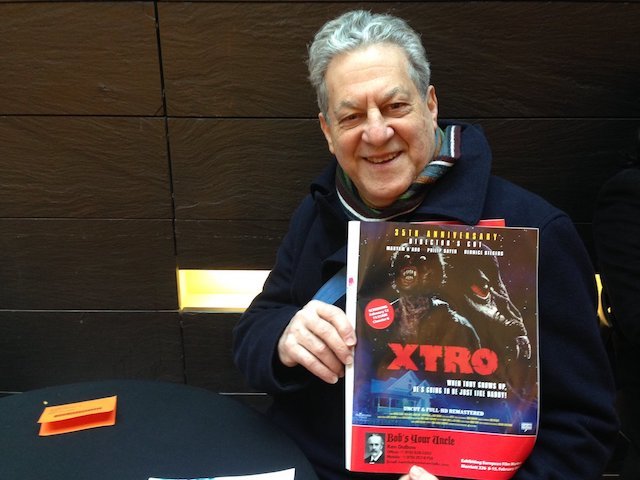 Mark has made 30 films, including the 1982 cult classic, “XTRO,” with New Line Cinema, known mostly for their “Nightmare on Elm Street” horror film series.[/caption]

Mark wanted to be a part of the Pythons' next movie, “Life of Bryan,” which also became a big hit, but Mark claims that he decided not to take part because “there were a few anti-Semitic bits in it, although they didn’t make it into the film because the American distributors would not accept them.”

Forstater concedes that he would have benefited greatly if he had continued collaborating with the Pythons, who became a worldwide phenomenon. “If I hadn’t broken with the Pythons,” he told us last week, “it would have been easier for me to produce not just more films with them, but other opportunities would have arisen. However I should have been able to promote myself on the back of ‘Holy Grail,’ but I didn’t have the ability then to do it. I was also very hurt by their snub, so I suspect I carried a bit of damage around with me from that failed relationship.”

However, Forstater, who has been divorced twice and has four daughters aged 18 to 45, has not exactly been idle. In fact, his creative output has been astonishing. He has made 30 films, including the 1982 cult classic, “XTRO,” with New Line Cinema, known mostly for their “Nightmare on Elm Street” horror film series.

He has also written numerous books such as those on Marcus Aurelius, the most scholarly Roman emperor; Socrates, the ultimate nonconformist; the Roman philosopher Seneca, who was murdered by Nero; “The Age of Anxiety” (“When I chose that title, I didn’t realize how prophetic that would be about the plague of anxiety in our culture now.”); “The 7th Python,” about his history with Monty Python; “I Survived a Secret Nazi Extermination Camp,” about Rudolf Reder, who escaped from the Belzec concentration camp in Poland; and books on yoga and Taoism.

“I like bits of all my books,” he said, “but the one that I think is best is ‘The Spiritual Teachings of Yoga,’ which I wrote with my second ex-wife, who is a yoga therapist. I felt that I was very inspired when writing that book, and I found original ways to describe yoga practice and philosophy. I also unearthed some interesting history of yoga which I had never seen written about before. The book is now 15 years old, and it still sells steadily, especially to trainee yoga teachers who need to learn about the philosophy but find it daunting.” 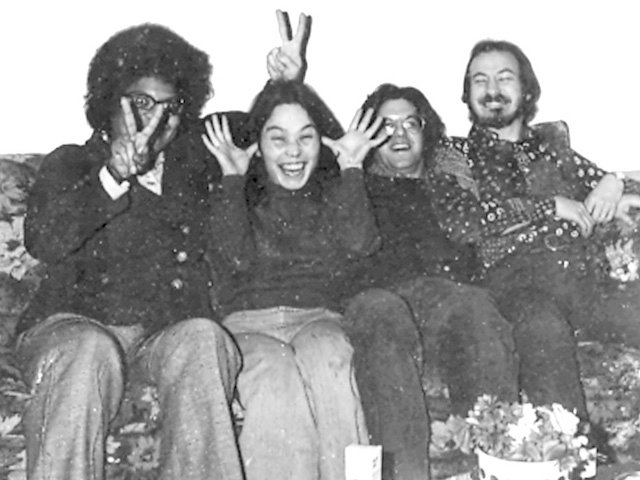 In this somewhat grainy photo taken 45 years ago, Forstater (second from right) celebrates his success during a visit back to Philly with his then-wife, Suko (second from left), a refugee from post-war Japan; Pamala Haines (left), then-editor of the Philadelphia Tribune, and Len Lear, now the Local Life editor at the Local.[/caption]

The film Mark hopes to make next is “Pants on Fire,” a romantic comedy about internet dating for older folks. He also hopes to make “XTRO — The Big One,” about an alien invasion during a massive earthquake.

Another current project is an 800-page diary written by Reuven Ben-Shem, a survivor of the Warsaw Ghetto who had studied with Sigmund Freud in Vienna. He wrote the diary in Biblical Hebrew, however, which Mark is trying to get translated into English, a major undertaking since so few people are qualified to accomplish such a daunting translation.

With all of the compelling, dramatic projects Mark has been involved in, however, perhaps the most dramatic and compelling of all was the eight-year lawsuit, resolved in 2013, that Mark brought against the members of Monty Python. It was for royalties Forstater claimed he was owed from the Broadway/London stage musical, “Spamalot,” which was essentially a musical version of “Monty Python and the Holy Grail.”

“I wrote in my book, ‘The 7th Python,’ about the stress and anxiety that the law suit delivered to me, and part of the book was my diary about how I dealt with those emotions,” Mark told us. “Generally, I’m not an anxious person, but I went through a difficult number of years and had to find inner resources to cope with the stress and anxiety.”

NEXT WEEK: THE OUTCOME OF THE LAWSUIT