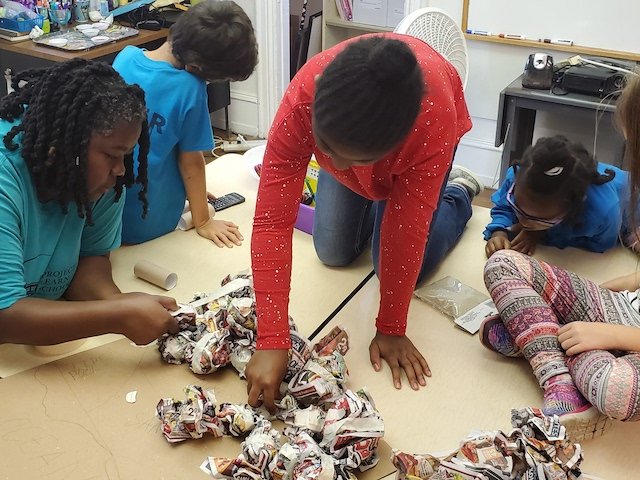 Aisha Anderson-Oberman, educational coordinator at Project Learn, said while the school will celebrate that day with the traditional ice cream and cake, it hopes some of its alumni and families will return to the school to share a meal with the community and talk about why they love Project Learn.

“One of the great things about turning 50 is that it’s time for us as a school community to reconnect because schools change over time, and people don’t always know each other, and to invite our past families in to meet our current families and recognize that we are connected by this space,” she said.

She said the school hopes to hold semi-monthly events and end the year with a big 50th anniversary gala. She said the school still is figuring out dates, but is thinking about holding the gala in late November or early December so college students can attend.

“I love the idea of celebrating all year long,” she said. “A lot of this for us will be continuing to build community and make connections. We are a community school. We are a school of cooping families who come together intentionally to try and create the best learning environment for our kids. So, it makes sense to me that all the things we do should be collaborative as well.”

“One of the tenets of progressive learning is that children are not vessels to be filled with knowledge,” she said. “Instead, they are active participants in their learning. It’s important for educators to know the kids they are going to teach and to bring all of the interests of the children to the table."

She explained that children need to feel safe “in order to take the risks that education requires because learning requires risk.”

“You've got to be willing to venture out and possibly be wrong,” said Anderson-Oberman. “And it’s in the space where you chose something that may not be the best answer that you learn the most. Our goal is to encourage critical thinking and problem solving in children because they have that naturally. When you tell them what to do, it dims that light. When you give a group of children content to think about and problem solve together – that fans the light – it makes it grow bigger."

“Kids at Project Learn understand that it’s a partnership. That in their lives, their family, students and teachers are all working together to make sure they get the best education possible. Everyone is working together as a team.” 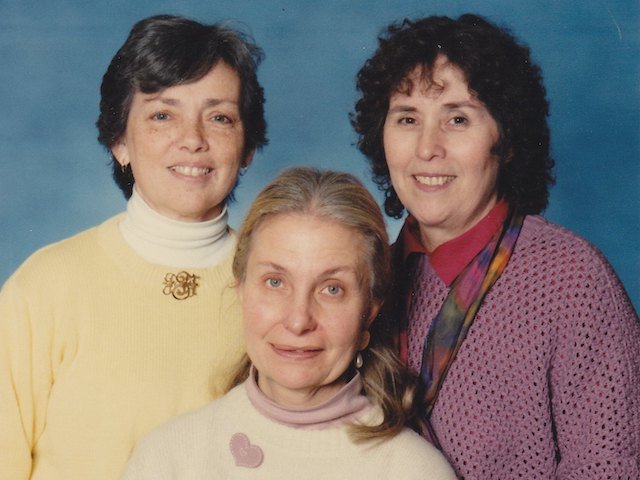 It’s hard to imagine that Project Learn – an independent cooperative school – had its beginning in church basements and several rented spaces.

The school never intended to be private. Its founders, Donna Allender, Francine Fox and the late Nancy Bailey, believed in the public school system. But in 1972, Allender said the school received a letter from the Pennsylvania Department of Education that basically said, “Please do not involve us in the politics of Philadelphia. Obtain a license as a private school.”

Allender said that it was not an easy decision for the community to make.

“We were all public school people and were seeking to bring about change and innovation within the public school system – not create another private school,” she said. “We chose to become legal because we ultimately cared more about the education of our children than about our politics.”

Fox, one of the three founding parent/teachers, said the school was initially held in various church basements for a couple of years. For a while, the school even rented a space on Herman Street in Germantown.

“We realized that in order to survive we needed a home,” she said. “So, we looked around and my husband, Walter, actually found a place on Germantown Avenue.”

Fox said they went to the bank and applied for a mortgage, but the bank denied them because they didn’t have a down payment. “Then, we got a $5,000 grant from the War Tax Resisters League,” she said.

“This was at a time when they were shooting students at Kent State and Martin Luther King and Robert Kennedy were assassinated. There was real turmoil. People needed control. Co-op was the spirit of the time, and the school fit that model.”

In 1972, the school purchased the three-story building on Germantown Avenue.

“Back then, every teacher got paid the same salary,” she said. “It didn’t matter if you had years of experience or were a newbie. And everyone paid the same tuition. You could do work to help reduce your tuition, but we didn’t ask your income. If you did the work, you got the tuition reduction.”

However, the most important thing parents and teachers wanted for their kids to “take away was personal responsibility for themselves and their learning and their community.”

Allender quoted John Dewey in attempting to explain the school’s philosophy on education: “Education is a social process; education is growth; education is not preparation for life but is life itself.”

She said that in humanistic education the focus is on the child.

“You don’t create a curriculum and fit children into it,” she said. “Most children will learn through a variety of ways of teaching, so progressive humanistic education pays attention to the needs of the individual that has to be attended to.

“I remember one time I was talking with junior high students, deciding what we were going to study for the next several months. A boy said, ‘Let’s study baseball!’ I said, ‘That’s a great idea!’ We could study the statistics of baseball. How they were made, folksongs, literature, and the kid said, ‘No, I want to play.’ I said, ‘Well, we could do that too.’ There is no subject of learning that doesn’t have a full dimension to it.

“It was teaching, but not in a linear way. It is more demanding on the teacher because you don’t have a step-by-step curriculum. You are responding to the kids’ interests and helping them develop resources. It’s a very exciting way to work as a teacher. I loved every day. It was always lively. We were very blessed because Fran, Nancy and I were sisters – which comes from working in a really connected community. I remember Nancy Bailey who was pregnant with her youngest son Aaron said ‘I wonder how long we can keep this going?’ And I patted her belly and said, ‘This school will be here to educate this child until he goes to high school, if it has to be in our basement. Whoever would have thought it would be here 50 years later?”