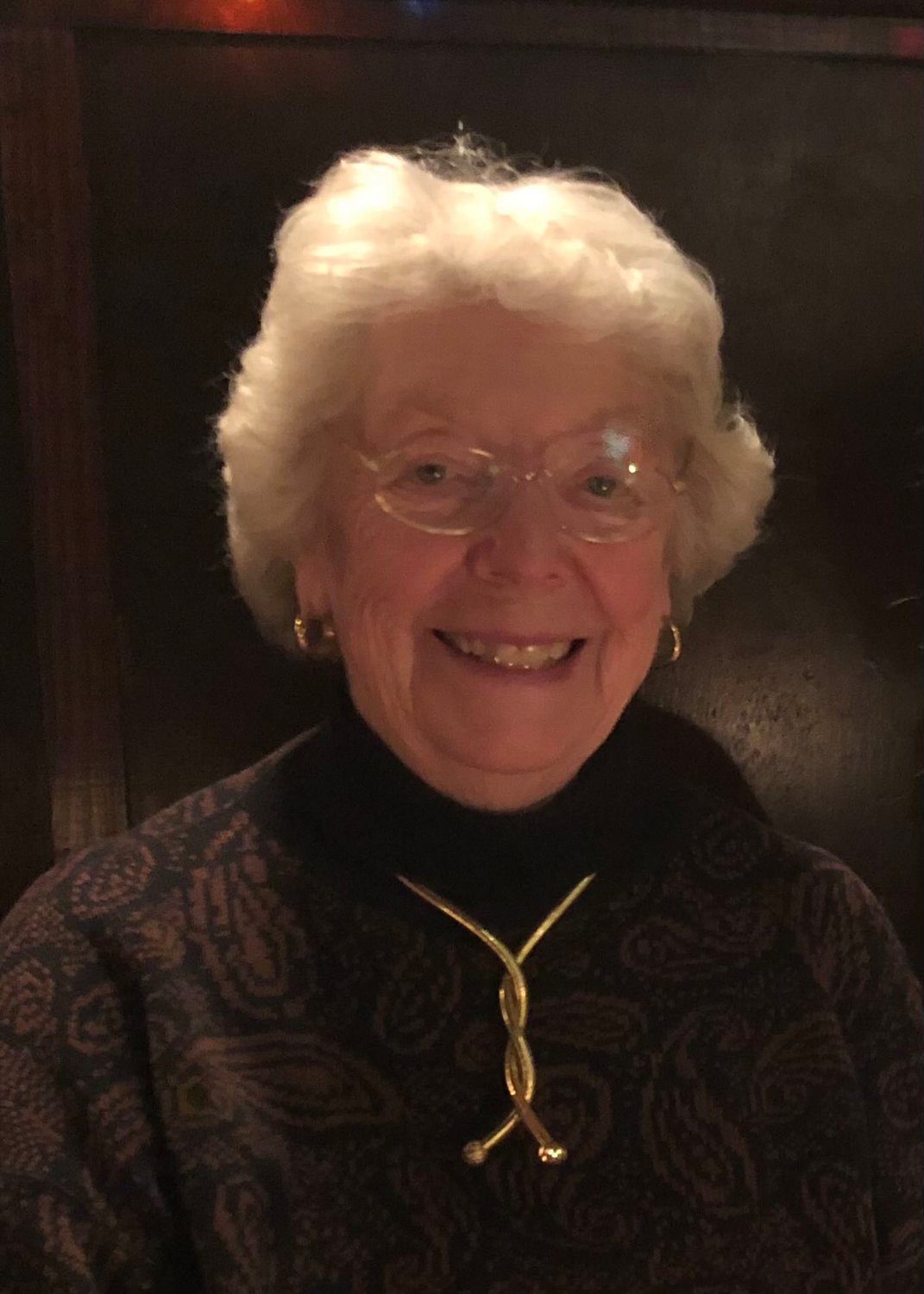 Rujean Mitinger was not one to sit by and watch. She took an active role in the community.
Posted Thursday, November 24, 2022 12:00 am
by Cathy Brzozowski

Rujean Inglis Mitinger, 87, of Chestnut Hill, former director of The Presbyterian Church of Chestnut Hill Preschool who later worked as a receptionist at the Chestnut Hill Hospital information desk, died on Nov. 6, at her home in Lafayette Hill.

Born in Greensburg, Pa., Rujean graduated from Greensburg Salem High School in 1953. She was a proud University of Pittsburgh graduate and earned a bachelor’s degree from the school in 1957. She continued her education at the university, where she earned a master’s degree in education. Rujean was a member and president of Delta Delta Delta sorority.

Rujean was perhaps best known as the preschool director at The Presbyterian Church of Chestnut Hill, fondly known as “Ches Pres.” Rujean treasured providing a well-rounded education based on social engagement to more than 1,000 children in the community during her 26-year tenure. A nature path connecting the classroom to the playground was named in her honor.

After retiring from teaching, Rujean became the face of the information desk at Chestnut Hill Hospital. For 17 years, and into her 80s, she greeted visitors and staff as she would welcome someone into her home.

Not one to sit by and watch, Rujean took an active role in the community, especially around matters of public access. She served as president of the Water Tower Recreation Center Advisory Council, where she secured funding for facility improvements. Rujean served as vice president of the Chestnut Hill Community Association's Physical Division and was an active member of Friends of the Free Library of Philadelphia in Chestnut Hill. Rujean led and participated in parent-teacher associations at J.S. Jenks School, Central High School, and the Philadelphia High School for Girls. She was a member of The Presbyterian Church of Chestnut Hill for more than 50 years and was active with the American Association of University Women (AAUW).

Most important in Rujean’s life was her family. Rujean was married to  Ned Mitinger for 64 years before his death in January. Rujean was a dedicated mother to Cathy Brzozowski (Ken), Jean Chambers (Bill), Ed Mitinger (Janice); grandmother to Morgan and Luke Brzozowski, and Carolyn (Blake) and Gail Chambers, and great-grandmother to Margret Heyn (Carolyn).