The Northwest Philly pickleball group is coordinated by Dan Wheeler, a four-time national pickleball champion. by Janet Gilmore Last summer, I resolved NOT to spend every evening lying on the living … 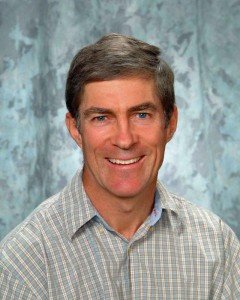 Last summer, I resolved NOT to spend every evening lying on the living room floor under a blanket watching television all night, no matter how pleasurable that may be.

I looked around for something to do. Clean the house? Work the late shift as a toll-taker on the turnpike? Nah. Too boring. Sky-diving in the dark? I’d rather clean. So I went to play pickleball last Tuesday evening at Springside/Chestnut Hill Academy.

Pickleball, you may ask. What is this pickleball?

According to Wikipedia, the game started during the summer of 1965 on Bainbridge Island, Washington, at the home of State Representative Joel Pritchard. He returned from golf and found his family bored. He attempted to set up a badminton game but couldn’t find the shuttlecocks, so they lowered the net and used Wiffle balls. The game is alleged to have gotten its name from Pritchard’s family dog, Pickles. (But who knows?)

The Northwest Philly group is coordinated by Dan Wheeler, a four-time national pickleball champion. I told everyone there I had never played before, but someone invited me to play doubles. I was MUCH worse than I imagined. I was awful. I hit the ball maybe once or twice, and suddenly I was standing in the court, rarin’ to go, and the other three people were gone! And that was just the warm-up! I heard one of my “partners” say she wanted to play a “real” game — and she was not much better than I.

When you’re a kid, you can just take your ball and leave, but when you’re a grown-up, the other people leave, and you stand there alone. I felt as if I was back on the playground of my youth, but in this case embarrassment met hilarity. I didn’t know whether to laugh or cry. I TOLD the other players I didn’t know what I was doing, didn’t I? Did they think I was a ringer? Or a liar?

So I walked over to the side of the gym and sat on one of the chairs. “What happened?”

“Who?” Dan surprised me by asking.

I don’t know exactly why Dan asked (he couldn’t reprimand adults for refusing to play with the clumsy new kid) but it felt good to snitch.

“I’ll practice with you,” he offered.

I suppose he could have commandeered a court, and it was a nice offer, but I would have been even more humiliated to be singled out. Besides, Dan was still eating his lunch.

I looked around. There was an empty gym on the other side of a curtain.

“That’s OK, Dan. I’ll go hit the ball against the wall in the other gym for a while to get the feel of it.”

I did for about 20 minutes, and of course, things got easier with practice.

I figured out the problem; the paddle is shorter than a tennis or badminton racket but longer than a ping-pong paddle. The critical difference is getting used to the new length.

I shared my adventure with some friends. They responded:

• Pat and Rick, former gym teachers and passionate pickleballers: “How rude; our players are about being inclusive. Ask next time if they have a program for beginners/novices to play together. Play hard, have fun, nobody hurt!”

• Betsy, skier and yoga instructor: “Sounds dangerous! Stay away from paddles! I finally got a two-hour myo-facial massage. The feeling in my face is returning to normal. Ahhhh. You need massage time, not paddles.”

• Jaysie M, optometrist: “Look at it this way; pickleball will only lead to heartache, obsession, competition and stress, and you’ll probably break your glasses. Stick with Canasta.”

• Anonymous: “Pickleball? Have you lost your mind? You know you’re going to get hurt, and I’m the one who will have to wheel you around in a wheel chair for the rest of your life!”

An hour later, I slunk out to my car in the freezing parking lot. As if pickleball ineptitude weren’t enough, by means of a balky clicker and major idiocy, I somehow locked my coat and purse in my car. The cold wind blew, and the building was locked.

A kind security guard let me in, and I was able to call my husband, who brought the extra clicker to me so I could start my car and put on my coat.

I planned to go back to pickleball again, but I got an e-mail from them, saying they’re full next week; I’m on the waiting list, so right now I can’t go back to be humiliated even if I want to.