Philadelphia accounts for half of all mailed checks stolen statewide

Half of all mail check theft in the entire state of Pennsylvania are stolen somewhere in Philadelphia – a city which accounts for just 12 percent of the total population.

Philadelphia accounts for half of all mailed checks stolen statewide 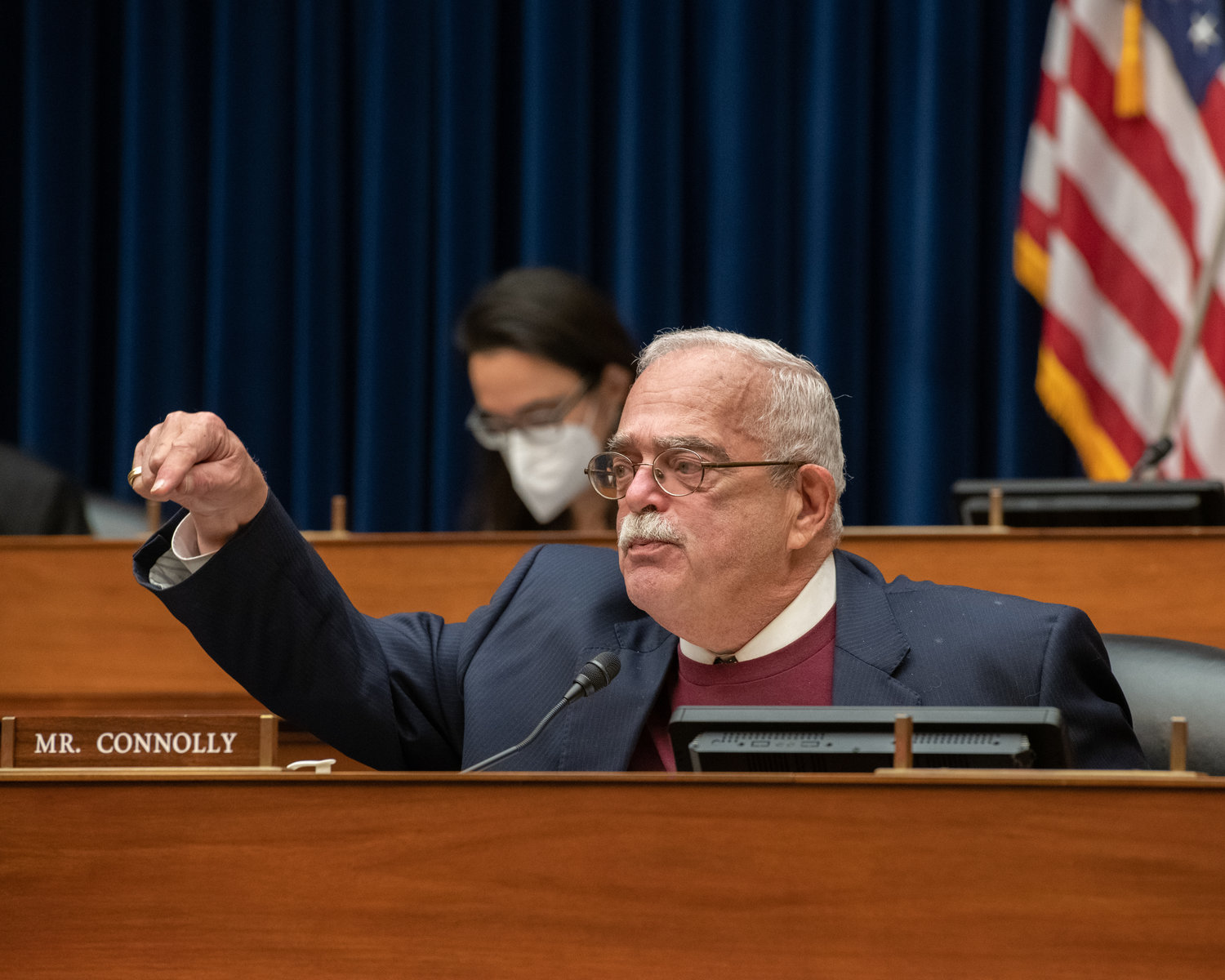 Virginia Congressman Gerald E. Connolly, chairman of the U.S. House’s Subcommittee on Government Operations, scheduled a field hearing on the failures of the USPS at Temple University on Wednesday, Sept. 7. 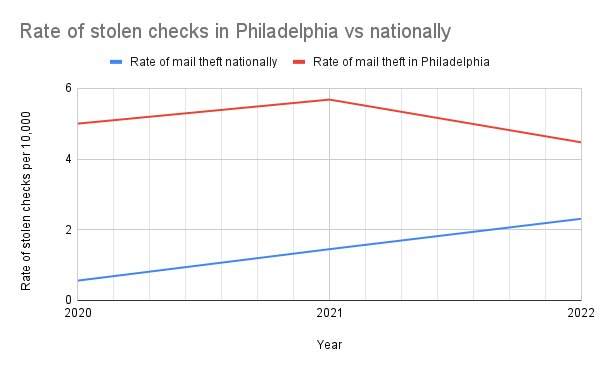 After a year of covering problems with the post office, the Chestnut Hill Local had to file a Freedom of Information request to find out exactly how many checks had been stolen from city mailboxes.

It turns out that half of all mail check theft in the entire state of Pennsylvania occurs somewhere in Philadelphia – a city which accounts for just 12 percent of the total population.

So perhaps it’s no surprise that U.S. Rep. Gerald E. Connolly, chairman of the Subcommittee on Government Operations, has scheduled a field hearing on the failures of the USPS in this city.

The hearing, to be held Sept. 7 at Temple University's 1810 Liacouras Walk, will “examine drops in the U.S. Postal Service’s mail delivery performance, recent increases in postal mail theft and crime, and whether the Postal Service is prepared to effectively receive and deliver mail-in ballots nationally during the upcoming election cycle.”

U.S. Rep. Dwight Evans, who asked Connolly to bring the hearing to Philadelphia, told the Local that he is “looking for some accountability.”

Evans said he’s been hearing constituent complaints for months – and while he’s been meeting with both Philadelphia and national USPS representatives – he has not been happy with their response. So he’s hoping that a hearing will result in more action.

“This is a way of putting a spotlight on this problem,” he said. “It’s important for people to know that we hear them, and are responding to their problems.”

Since January of this year, the Local has been reporting regularly about chronic problems with postal service in Northwest Philadelphia  – including stories about the nearly 30 residents who’ve reported checks stolen from mailboxes, both inside and outside of post offices, and how the lack of reliable delivery service at Germantown Post Office has harmed individuals as well as many small business owners.

And it now seems – based on information obtained through the Local’s FOIA request – that Philadelphia has been a leader in what has become a nationwide problem of mail check theft.

What the data shows

As of July 20, the USPS had received 887 reports of stolen checks in the state of Pennsylvania for the year to date, and 437 of those were reported in Philadelphia.

That’s 49.3% of all stolen checks statewide – a slight increase from the previous year, when 44.8% of the state’s reported checks were stolen in Philadelphia. In 2020, that number was even lower, at 39.7%

While the total number of stolen checks in Philadelphia has stayed more or less consistent over the past three years, the rate of theft nationwide has skyrocketed during that time. From 2020 to 2021, the total number of checks stolen from the mail nationally jumped from 18,465 to 47,994, an increase of nearly 160%. And that number is on pace to almost double in 2022, to 76,429.

Calculating these numbers on a per-capita basis, Philadelphia's rate of check theft is still three times as high as that of the nation’s. For every 10,000 people nationwide, one and a half individuals have had checks stolen – while in Philadelphia that number is five.

The post office would not answer questions about how well they’re doing when it comes to catching the culprits.

In the FOIA filed in July, the Local asked for specific information about what the penalties are for these thefts, and how many people have been caught and held accountable.

This is the response from the Postal Inspection Service:

“In response to item #4 of your request, you are advised that the Freedom of Information Act does not require an agency to answer questions in order to satisfy the requests of individuals. Therefore, I respectfully decline to comply with this aspect of your request.”

Evans said he wasn’t aware of data regarding what percent of mail theft perpetrators are being caught, but told the Local that he plans to ask for answers.

In July, the U.S. Attorney’s arrested three people who were involved in a check washing scheme.

In a press release announcing the hearing, lawmakers say that postal mail theft has also emerged as a rampant problem. Between 2018 and 2021, robberies of mail carriers more than tripled, and robberies involving a gun more than quadrupled, the release stated.

In the FOIA request, The Local also asked for 15 years worth of information about how many checks had been stolen from Philadelphia, the state and nationwide.

But the Postal Inspection Service told the Local it did not have accurate data for any years prior to 2020.

Meanwhile, a trade group representing the banking industry seemed undisturbed by the trend.

The American Banking Association responded to the Local’s questions about these trends by referring to a statement that spokesperson Sarah Grano made back in February, when she said that banks’ prevention systems stop “about 90% of deposit account fraud attempts each year.”

“Banks use a wide range of approaches to counter check fraud including deposit review, fraud detection tools, hold policies, teller/branch controls and customer education,” she said. “Consumers are protected from fraud and generally are not liable for unauthorized transactions if they are reported in a timely fashion. They should monitor their accounts and review their checks and other transactions regularly and report any suspected fraud immediately.”

To attend the Sept 7 hearing about substandard mail service in Philadelphia via livestream at 11 a.m., go to the Committee on Oversight and Reform.

A 2 p.m. press conference about the hearing will be available on the committee’s Facebook page.