June 15 will mark the end of the city’s piloting period for new hours, which started in March. 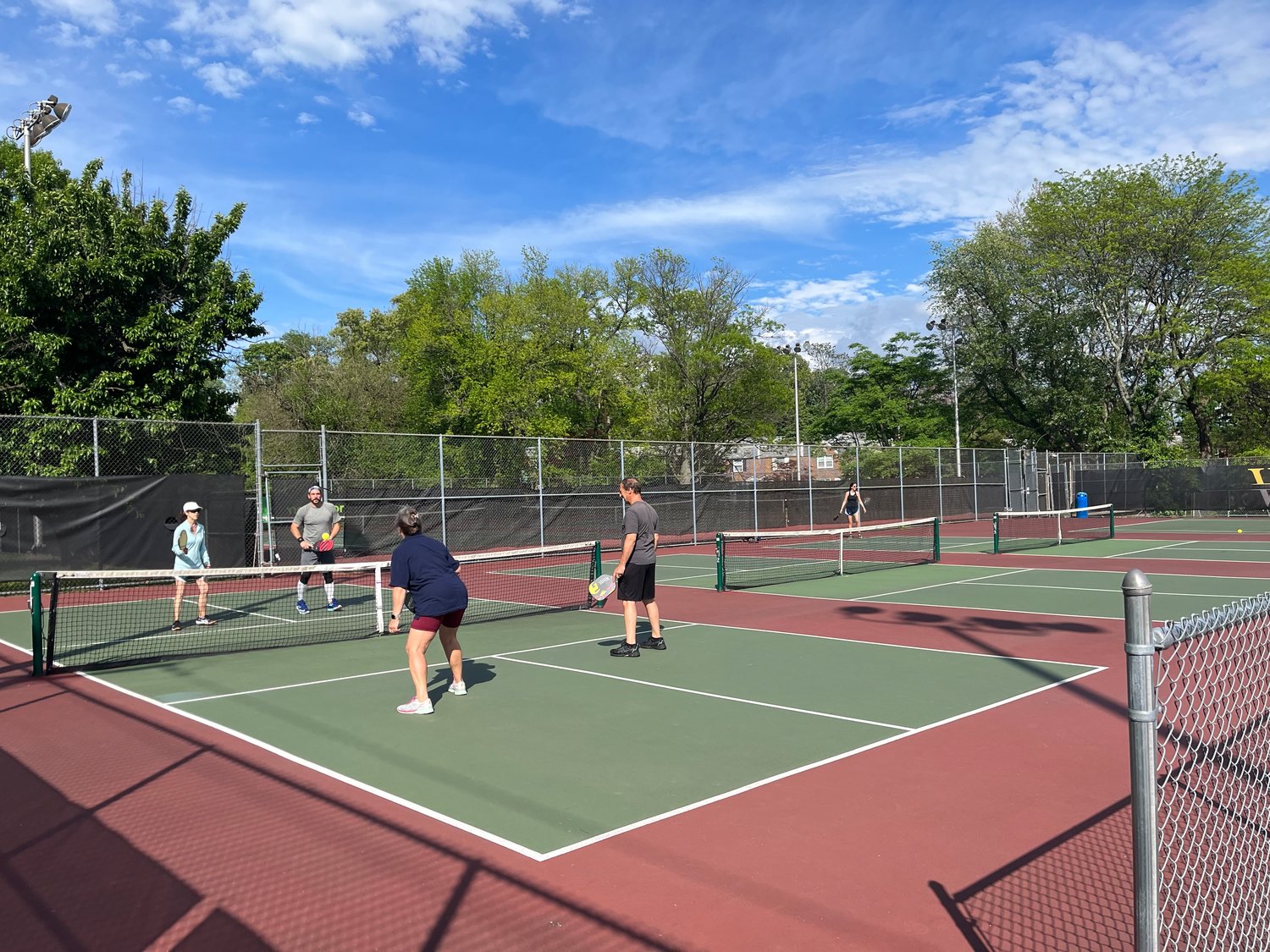 Players who use the pickleball courts at the Water Tower Recreation Center love the sports, which is growing in popularity nationwide. Photo by Carla Robinson
Posted Wednesday, May 18, 2022 10:28 am
by Tom Beck

Near neighbors of the Water Tower Recreation Center formally notified Philadelphia Parks & Recreation in an email about what they say are illegal levels of noise emanating from the rec center’s pickleball courts.

The Local was copied on the email sent Tuesday to the department.

“You are hereby on notice that the pickleball noise emanating from the Water Tower courts constitutes a violation of the Philadelphia Home Rule Charter §10-403 (3) and we, the neighbors, demand that this nuisance be immediately removed,” the email begins in bold letters.

The email left multiple residents with the sense that a lawsuit is soon to follow.

“My read is it's eventually going to get filed,” said Joe O’Donnell, a resident of the 8100 block of Ardleigh Street. “I suspect that something’s going to happen after June 15.”

In total, the pilot constitutes a more than 30% reduction in total allowable pickleball-playing hours during the course of a week, from 91 hours to 63.

The email, sent from a Gmail account called “STOP PICKLEBALL,” cites a part of the city’s home rule charter, which states that “No person shall create or cause, or permit the creation of, sound originating from a property used for a non-residential purpose that exceeds: (a) 5 decibels above background level measured at the property boundary of the nearest occupied residential property.”

According to the residents’ email, the sound level at the property line abutting the Water Tower courts when nobody is playing pickleball averages approximately 35-45 decibels, depending on the time of day and whether it is a weekday or on the weekend.

But when players are on the court, the sound level exceeds 90 decibels, which is significantly more than the five decibel limit mentioned in the home rule charter. That’s a “nuisance sound level” that is “egregiously unlawful,” residents said in the email.

Maita Soukup, spokesperson for the department, told the Local in an email that “Philadelphia Parks & Recreation will continue to work with the near neighbors, recreation advisory council, pickleball players, and staff to move forward collaboratively with a solution that works for everyone.”

Keith Kunz, the Water Tower Advisory Council’s president, told the Local that the council was in the process of scheduling a meeting between residents, pickleball players and city officials and is waiting to hear back from the city regarding specific times and dates.

Previously, the department had addressed neighbor’s concerns by limiting hours of play.

But neighbors say limited hours are not enough. They want the nets gone entirely.

“We’d still like pickleball to move somewhere else for the long haul,” said Sarah Bettien-Ash, resident of the 8100 block of Ardleigh Street. “I’m still irritated.”

The neighbors attached a video to their email, showing people playing pickleball on Sunday despite the no-pickleball-on-Sundays rule. They say they called the police to report it, but that as of early afternoon on Sunday, officers had not responded.

The original email was co-signed by 11 nearby neighbors, including Jennifer Dumin, Ann Hartzell Pollack and Marie Cavagnaro.

“I have recently accepted a position as a partner in a law firm where I now work from home unless I am in court, and the noise from pickleball playing is so obscenely loud and jarring that I am unable to adequately concentrate to do my job,” Dumin said in the email. “We are talking about noise that exceeds 90 decibels for 11 hours straight during the work week. It is torturous. My neighbors and I are merely asking for the Parks and Recreation Department of the City of Philadelphia to follow the law and stop this unlawful noise violation.”

Pollack said she believes the noise has devalued her property.

“With all the complaints nationwide about pickleball noise, there are buyers who would simply not choose my property,” she said. “All of this contributes to anxiety and depression both of which I suffer from as a result.”

“It’s unfortunate because the players love the game,” she said, “but the courts were installed too close to our homes.”

While neighbors have grumbled about the reduced pickleball hours not being enough to satisfy them, pickleballers have seen the reduced hours as a worthy compromise.

“I think most people who play pickleball think that the reduced hours are a good place to start, to see how it works for players and to see if it improves things for the nearby neighbors,” pickleballer Sarah Whitman told the Local back in March. “It will be a good test and we can always adjust. For example, over the summer with the heat, it might be nice to start earlier and have evening hours, but have a long midday break.”

Another pickleballer, Marilyn Paucker, said that she and her fellow pickleball players were “fine” with the hours.

“It's a good compromise for the pickleballers and the neighbors,” she said.