Father Mark Plaushin (Photo by Mike D’Onofrio)[/caption] by Sue Ann Rybak Rev. Mark Plaushin, a priest at Our Mother of Consolation, was placed on administrative leave on July 16, following an … 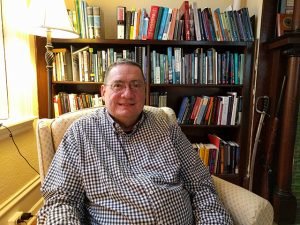 Rev. Mark Plaushin, a priest at Our Mother of Consolation, was placed on administrative leave on July 16, following an allegation of sexual abuse.

In a statement by The Philadelphia Archdiocese Office of Communications and read to Our Mother of Consolation parish by Michael Murray, assistant provincial for the Wilmington-Philadelphia Province of Oblates of Saint Francis de Sales, church officials said they were not aware of the allegation against Plaushin.

“Before Monday, neither the leadership of the Oblates, nor Archdiocesan administration, nor Father Bazzoli” were aware of the allegation “that he sexually abused a minor in Monroe County, Pennsylvania, in 1985, four years prior to his ordination to the priesthood,” the statement reads.

Plaushin, who has been at OMC parish since the summer of 2013, has denied the allegations. He has not been charged with a crime. In a Local profile in December 2017, Plaushin discussed his military service, which included multiple tours as an army chaplain in Iraq and Kuwait in the early 2000s. He retired from the army as a colonel in 2015.

According to the statement from the archdiocese, church officials moved to remove Plaushin from active service as soon as they learned of the allegation.

“The allegation was reported to the Monroe County District Attorney's Office by church officials in the Diocese of Scranton who also notified the Provincial Office of Oblates of Saint Francis de Sales,” the statement reads. “Following that notification, we immediately notified the Archdiocese of Philadelphia and Father Plaushin was placed on administrative leave, including loss of his faculties to function as a priest, pending the outcome of this matter.”

Murray said in the statement that he is not aware of any complaints against Father Plaushin at OMC regarding his interactions with minors.

The announcement of Plaushin's leave comes just days before the Pennsylvania Supreme Court-ordered release of a redacted grand jury report on Catholic Clergy sex abuse. The 900-page report, which will disclose clergy abuse by more than 300 predator priests at six of Pennsylvania's eight Catholic dioceses must be made public by mid-August.

That report has led to similar moves for priests around the state as churches move to get ahead of  the report. The Archdiocese of Harrisburg published the names of 71 priests and its Harrisburg Bishop Ron Gainer issued an apology.

Kathy Cane, a spokeswoman for Catholics4Change, said “people in the pews” contacted them asking about a priest at OMC and allegations of abuse. The organization is an online forum dedicated to giving Catholics a place to discuss concerns about priest behaviors and child safety. It published the Archdiocese of Philadelphia statement regarding Plaushin last week in order, she said to provide transparency.

Cane said Catholics4Change reached out to the Archdiocesan of Philadelphia and after they requested information were eventually sent a statement. She said while the Catholic Church does notify the parish church, “there is no transparency, except for the people in the pews.”