Our Mother of Consolation, 2021 School of Distinction

The Office of Catholic Education of the Archdiocese of Philadelphia has recognized Our Mother of Consolation Parish School as a 2021 School of Distinction for exceeding growth expectations and benchmarks in academic achievement.

Our Mother of Consolation, 2021 School of Distinction 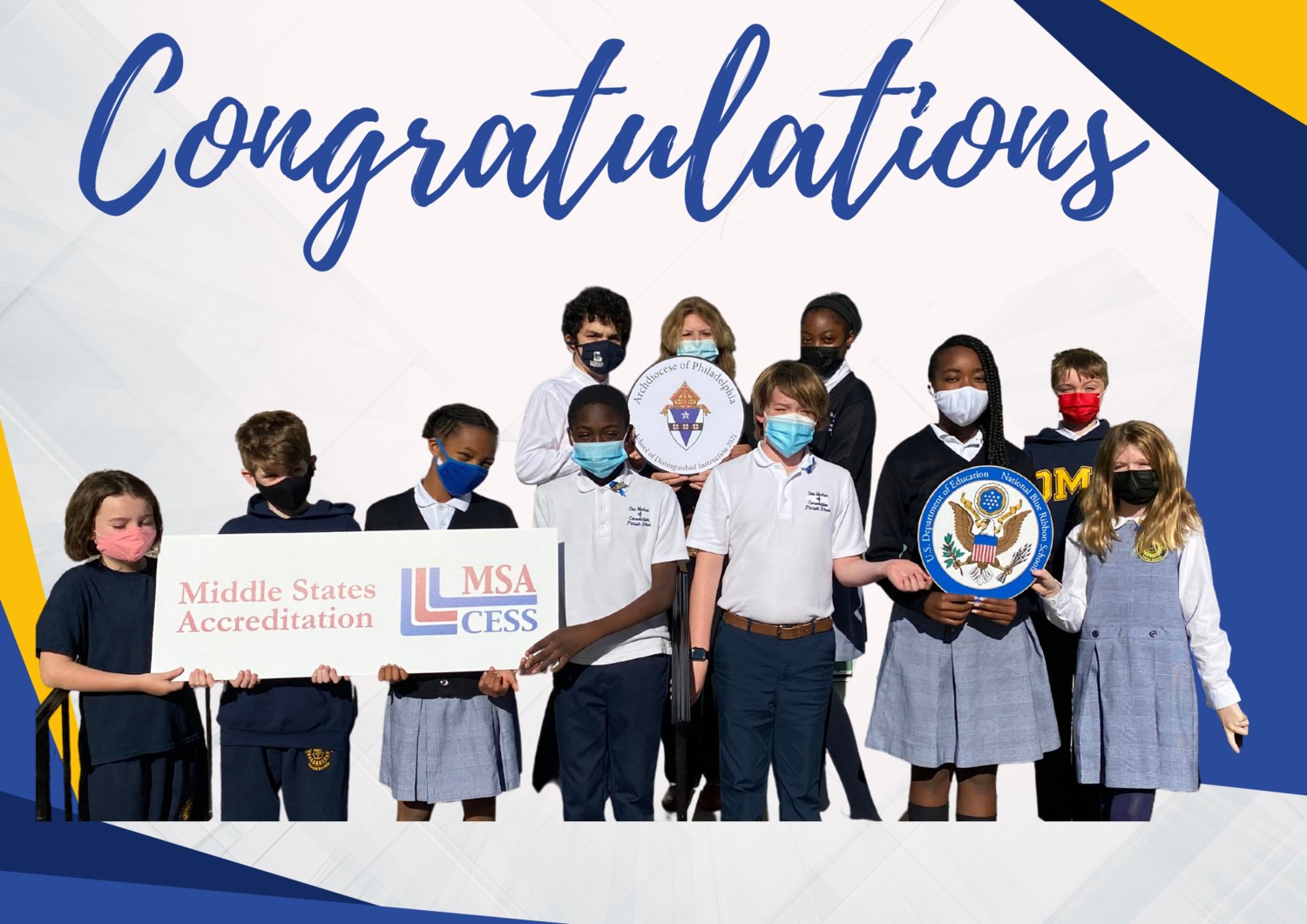 Our Mother of Consolation Parish School is one of only twelve Catholic Elementary Schools in the Archdiocese to be designated a 2021 School of Distinction.
Posted Thursday, October 28, 2021 6:00 am
by Walt Maguire

The Office of Catholic Education of the Archdiocese of Philadelphia has recognized Our Mother of Consolation Parish School as a 2021 School of Distinction for exceeding growth expectations and benchmarks in academic achievement via standardized testing.

OMC, 17 E. Chestnut Hill Avenue, is one of only twelve Catholic Elementary Schools in the Archdiocese to receive this designation.

The pastor of OMC, Father Bob Bazzoli, OSFS, said "While research has shown that children have fallen behind academically due to the pandemic, OMC students have exceeded instructional expectations and benchmarks.  We are proud of our teachers, staff, and students, who under the leadership of our Principal, Mrs. Sheetz, have been recognized by the Archdiocese for their academic achievements."

"It is truly an honor to serve and lead a school community with such distinction," said Sheetz.

In a 2015 ranking, Philadelphia School Partnership rated OMC one of the top five parish schools in Philadelphia, based on academic performance, attendance, and safety of the school. The same year they were the second Philadelphia parochial school named a National Blue Ribbon School of Excellence, after Norwood-Fontbonne Academy in 2014.