Neighborhood Networks steering committee member Margaret Lenzi by Karen Bojar Not so long ago many progressives had little interest in working within what they saw as a hopelessly compromised, … 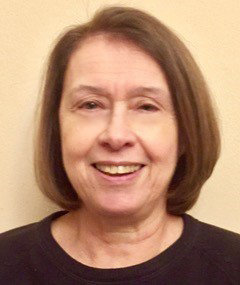 Not so long ago many progressives had little interest in working within what they saw as a hopelessly compromised, ineffective Democratic Party. Now, thanks to Trump’s victory, progressive organizations are increasingly turning to electoral politics and trying to build a base within the Democratic Party

Progressive groups have contributed to some surprising recent victories – such as Alexandria Ocasio-Cortez's win in NYC. Democratic Socialists of America (DSA) provided the ground troops for her defeat of a long-term incumbent thought to have been invincible.

Closer to home, Elizabeth Fiedler’s knock-out victory in South Philadelphia owed much to the efforts of Reclaim Philadelphia, an organization formed by veterans of the Bernie Sanders campaign. Members of progressive groups are increasingly bringing their energy and values to the Philadelphia Democratic Party – most dramatically in Reclaim’s takeover of the 1st and 2nd Wards in South Philadelphia.

This trend towards closer connections between progressive organizations and the Democratic Party can also be seen in Northwest Philadelphia. Mindy Brown was one of the founders of Indivisible NW Philly (INWP), formed after the November 2106 election to organize resistance to the Trump presidency. Brown did not see much activity on the part of the local Democratic Party to combat the Trump agenda, so when Steve Masters, the committeeperson in her division and fellow INWP member, asked her if she would like to fill a vacant committeeperson seat, Brown decided to pitch in.

In her committeeperson role, Brown has been knocking on doors, “getting a conversation going and hearing from voters about what matters to them.” She has gotten people in her division involved in INWP’s “Red to Blue” group and in Turn PA Blue.

“Some of these folks have become super-volunteers,” Brown said, “supporting candidates at the local level, canvassing out in DelCo, showing up for post-carding events at the High Point Cafe, and generally doing the work that needs to be done. It’s pretty inspiring.”

Neighborhood Networks steering committee member Margaret Lenzi also believes that to achieve progressive goals in Philadelphia “we need a Democratic Party that is up to the task – that will get the vote out and elect good Democrats up and down the ballot.”

To that end, Neighborhood Networks along with other progressive organizations recruited progressive activists to revitalize the party from within by running for committeeperson positions. According to Lenzi, NN has long advocated both an inside and outside strategy for changing the direction of the Democratic Party.

“Now we’re gratified to see the inside strategy gain steam as the wave of new activists, especially people of color and women, have stepped forward to grasp the reins of power,” she said.

The involvement of progressive activists within the Democratic Party has not always been welcomed by traditional party activists, who fear that an increasingly left-of-center party will not be in a position to win general elections. However, progressives argue that the energy they bring and the policy positions they advocate are essential to revitalize the party. Some see themselves as the left-wing equivalent of the Tea Party, determined to push the Democratic Party to the left as the Tea Party yanked the Republican Party further to the right.

This tension between centrist and progressive wings of the Democratic Party is playing out both nationally and locally in a context where the major political parties have the allegiance of a declining share of voters, as growing numbers of voters register as independents.

The diminished clout of the two major parties is part of a broader trend as Thomas Friedman pointed out in a recent New York Times column: “The big mainstream political parties across the industrialized world are all blowing up at once. It’s quite extraordinary.”

The Nov. 18 election should give us a better idea of the relative strength of the major parties and the extent to which progressives have indeed established a base within the Democratic Party.

Karen Bojar is a Mt Airy resident and a former, longtime committeeperson in the 9th Ward Democratic Committee’s 2nd Division. She is the author of “Green shoots of democracy within the Philadelphia Democratic Party.”