‘No Walls’ talky while examining race relations in U.S.

Old Academy Players in East Falls are currently performing “A House with No Walls” by playwright Thomas Gibbons (seen here) through Sept. 24. In the play a bitter public battle erupts when it is …

‘No Walls’ talky while examining race relations in U.S. 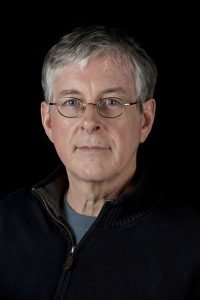 Old Academy Players in East Falls are currently performing “A House with No Walls” by playwright Thomas Gibbons (seen here) through Sept. 24. In the play a bitter public battle erupts when it is revealed that the site of a new museum enshrining American liberty is the ground on which George Washington's slaves' house once stood. More information: 215-843-1109 or www.oldacademyplayers.org.[/caption]

Now running at Old Academy Players, “A House with No Walls” (2007) by native Philadelphia playwright Thomas Gibbons is about the issue of race relations in America. It asks these questions: what should we commemorate, and how are those decisions made?

The play consists in two interlocking stories, one from colonial history (1797) and one from relatively recent news (2003-04).

In building a new site for the Liberty Bell, archeologists unearth the foundations of George Washington’s Philadelphia mansion. But should celebrating freedom carry the price of walking across the remains of Washington’s slave quarters without recognition?

The set and scenic design of Director Carla Childs holds your attention. Civil Rights activists wrap a white cloth around four stakes in the ground, the outline of the small slave house. She uses video projection (developed by Jesse Friedman) to cast dramatic and contrasting images of the colonial and modern worlds onto the rear wall.

The show also gets a lift from the performances of key actors. Jael Brown plays Cadence, an African-American and professional historian. While researching the history of Washington's slaves, Cadence had a conversion experience, became a political conservative and now argues blacks need to shuck their victimization mentality (“Post-Traumatic-Slavery-Disorder”).

Her adversary is Salif, played by Maurice Tucker. An activist in the spirit of Al Sharpton, he uses a bullhorn to whip up angry demonstrations under the banner “Avenge our Enslaved Ancestors.” Tucker, with his hint of a smile, is an angry man who also seems to be having a good time.

These two share the stage with a second story, that of Oney Judge (Ciara Williford), one of Washington’s slaves. We meet her in Philadelphia, where she is personal maid to Martha Washington and compliant with her station in life. But when Oney learns Martha is going to “give” her to a granddaughter as a present, she decides to run away.

The Old Academy show gracefully intermingles the two stories with lights, costumes, graphics and solid acting. We also get a third story, the on-and-off love affair between Cadence and Allen (Daniel Ostrov), a fellow historian and a white liberal. It is one story too many. The romance is stilted and distracts you from the ironies of the core conflict.

Like many political issues plays, “A House with No Walls” is talky at the expense of drama. Gibbons does comes up with a surprise comic-tragic ending. But what you remember the most is the image of roped-off slave quarters and the physical juxtaposition of two different periods of American history.

As with so many American plays that tackle the race subject, class structure has no seat at the table. Salif argues with a white park ranger, a politician and historians but not with someone like a resentful blue-collar construction worker. I suppose that would be un-American.