The race for the 200th district, which contains all of Mt. Airy and West Oak Lane and a small sliver of Chestnut Hill south of Willow Grove Avenue, features the only two Democratic incumbents in Pennsylvania who were redistricted into the same district: Chris Rabb and Isabella Fitzgerald. 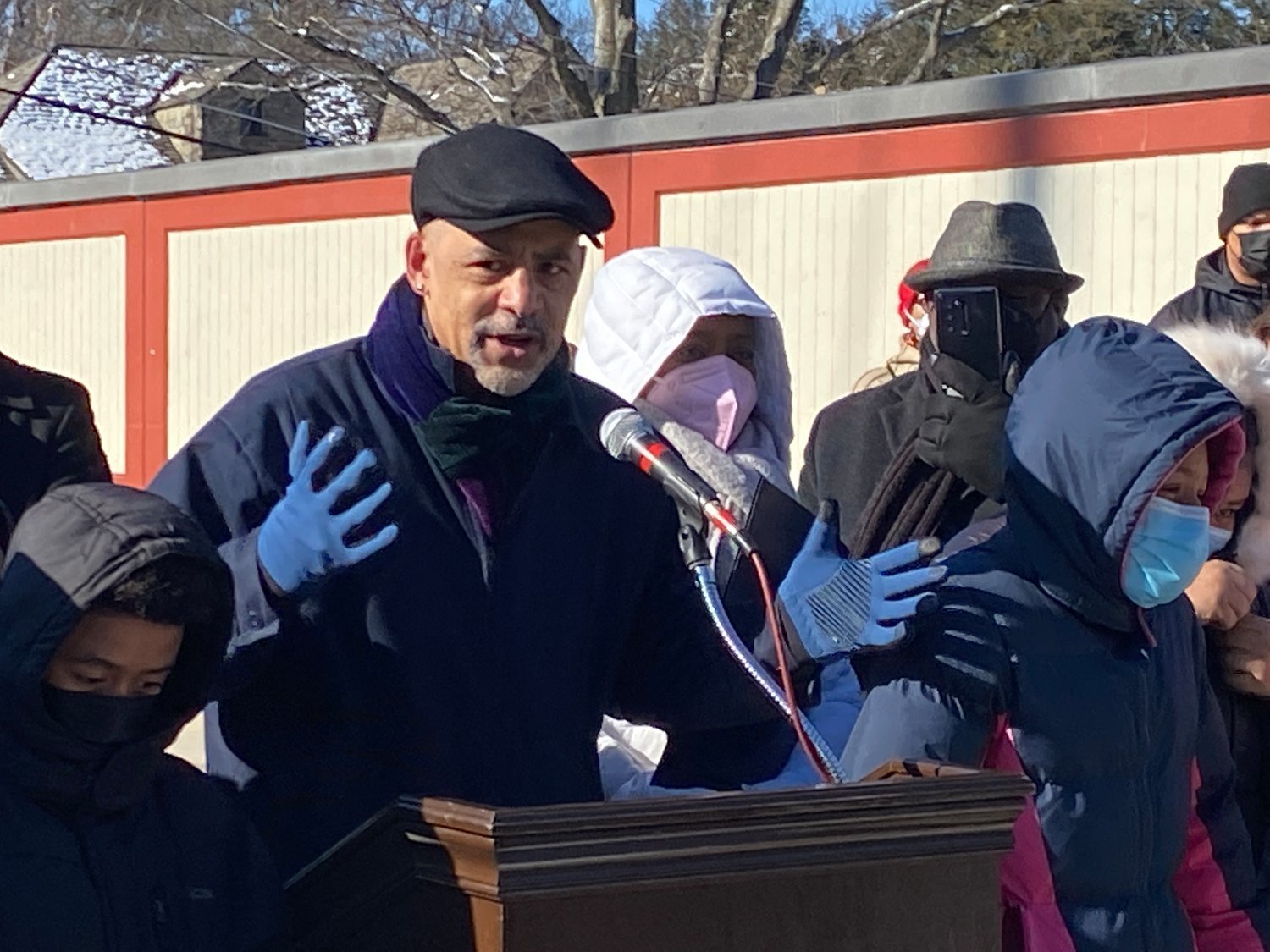 State Rep. Chris Rabb speaks to a crowd celebrating the renaming of Allens Lane and the Allen Lane Train Station in honor of Bishop Richard Allen. Photo by Tom Beck 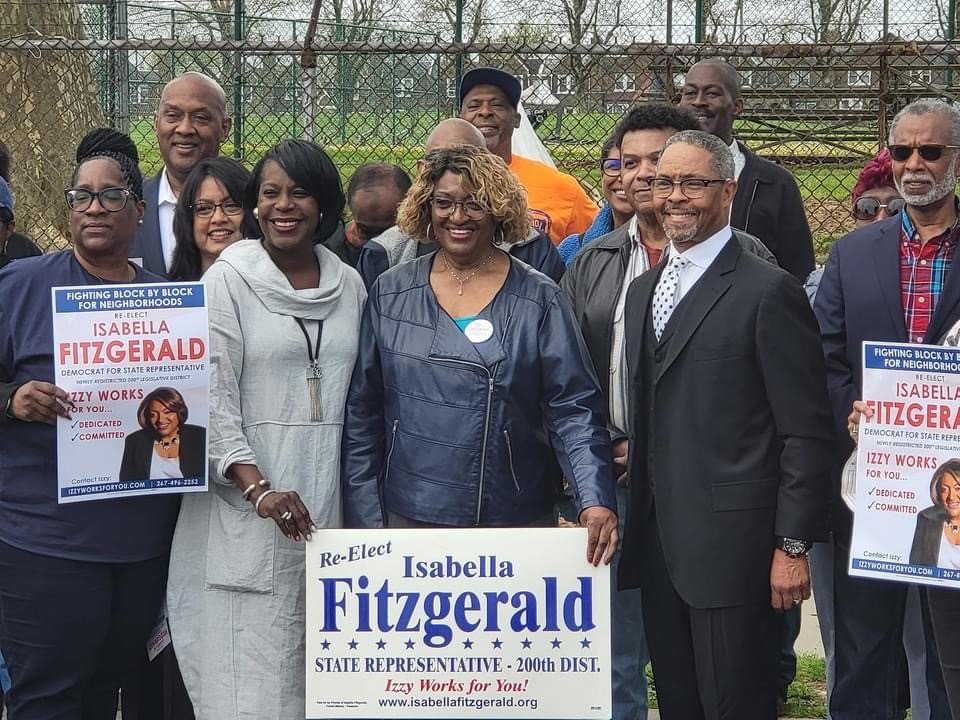 For the first time in two election cycles, Mt. Airy has a competitive state house Democratic primary. The race for the 200th district, which contains all of Mt. Airy and West Oak Lane and a small sliver of Chestnut Hill south of Willow Grove Avenue, features the only two Democratic incumbents in Pennsylvania who were redistricted into the same district: Chris Rabb and Isabella Fitzgerald.

Rabb has distinct advantages in the race. The new district consists of more than 80 percent of his old district, and his campaign bank account has nearly eight times more cash in it. Rabb has raised $60,000 while Fitzgerald has raised less than $8,000, according to the most recent campaign filings from Dec. 31.

Rabb also has amassed a list of nearly 1,500 individual donors over his seven years of running for office and refuses to take money from corporate PACs or PACs associated with other elected officials, he told the Local.

Jeff Duncan, leader of the 9th ward, said that Rabb won his ward’s endorsement because he’s “a very effective lawmaker and a passionate advocate for progressive issues.”

Fitzgerald won the endorsement of Lyde’s 61st ward, which is based in East Oak Lane and Olney, before the redistricting. She’s since been redistricted out of those neighborhoods. Lyde told the Local that the ward endorsed her because “she’s always there when we need her.”

“We endorsed her because she’s a great state representative,” he said. “She does well in the community. She does her job.”

Those familiar with Rabb’s previous campaigns know that running as the outsider isn’t new to him. He defeated Melissa Scott in 2018 and incumbent Tonyelle Cook-Artis in 2016, both of whom had broad support from the Northwest coalition.

And what’s an intra-neighborhood election without some intra-neighborhood drama? When he was the leader of the 9th ward, Rabb said he invited his opponent to speak before the ward’s committee people. Fitzgerald, who leads the 10th ward, has not extended the same courtesy to Rabb, he said.

“I have sought multiple times to speak with her and she’s been unresponsive regarding agreeing to terms of engagement around publicly committing to avoiding dirty politics,” Rabb told the Local in a phone interview. “I asked her that, since the 9th ward had invited her to speak, would she as the ward leader of the 10th ward invite me to speak in front of her committee and she was unresponsive.”

In a phone interview with the Local, Fitzgerald said she wasn’t concerned about having to run in a different district.

“People are people and a lot of the issues we deal with are similar,” she said. “The areas might be different or whatever, but people are the same.”

She said she was most passionate about issues surrounding women’s health, public health, minimum wage and economic development. She’s particularly proud of sponsoring a new law that prevents women from having to pay for additional screenings beyond the typical mammogram.

Within the last few weeks, Fitzgerald has proposed legislation to create a grant for municipalities to get and use funds for lighting and cameras around schools, playgrounds, recreation centers and other high-risk areas in an effort to combat gun violence. She also supported legislation aimed at making sure weapons were stored in safe spaces.

“I was really affected when I heard of children finding weapons and accidentally shooting them,” she said.

Rabb has sponsored six pieces of legislation that have become law in the five years he’s served in the State House.

Among them is a bill that prevents police officers from engaging in sexual activity while on duty and another that created a police misconduct database. A third created a fund to provide educational scholarships and grants for organizations that  offer support services to youth in communities with high rates of incarceration.

Rabb told the Local he’s “proud” of his track record of getting legislation enacted into law during an era of Republican stonewalling in Harrisburg.

“It’s the culmination of diligence with my colleagues across the aisle,” he said.

Rabb told the Local he has also secured $100,000 for a feasibility study for a geothermal energy project in Mt. Airy. Rabb wasn’t ready to discuss the details, but said it seeks to alleviate the state’s reliance on natural gas, which requires fracking. Rabb has called fracking a “dangerous and unconventional procedure [that] has triggered unnecessary accidents at the expense of innocent lives for more than a decade.”

The Local sought to hold a public debate for the 200th District race, which Rabb accepted. Fitzgerald declined, citing a lack of time.

“Unfortunately at this point in the campaign it's kind of late,” she said. “There’s just not enough hours.”

Many political insiders the Local spoke to for this article see the Rabb-Fitzgerald race as reflecting a broader national fight within the Democratic Party, with Rabb representing the progressive wing and Fitzgerald the party’s establishment wing.

David Thornburgh, senior advisor to the Committee of Seventy and chair of Ballot PA put it this way: “Is the future of the Democratic Party as an energetic progressive party or is the establishment wing of the party still strong?” he said. “That’s kind of a question you can ask in all levels of political representation these days.”