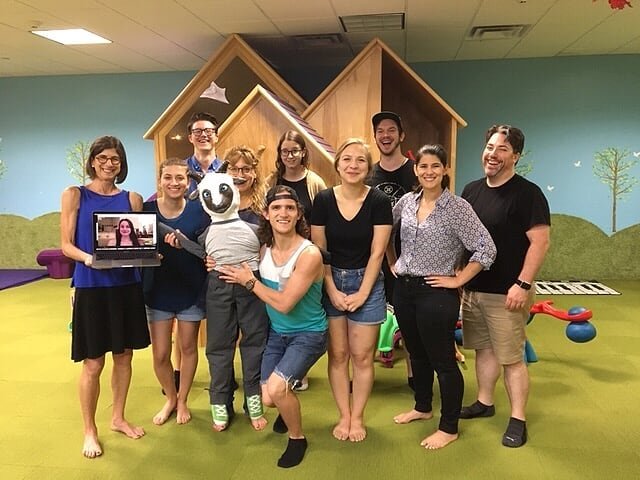 Billy's parents and teachers are at their wits' end because no matter what they do, they just can't stop the young Billy Goat from picking on the other kids in his class. Luckily, the Wise Old Goat, a certified “Goat Therapist,.” has a brilliant plan to change Billy's bad behavior. With a little bit of magic dust, some good old common sense and the family's support, Billy will learn how his words and actions can affect another goat's insides. So is Billy capable of change? And what will happen when the magic dust wears off?

Children and their parents can discover the answers to these questions and more when they attend “Billy, the Baaadly Behaving Billy Goat: The Musical” as part of the Philadelphia Fringe Festival, Sept. 7-22, at Nest, 1301 Locust St.

The book, script and lyrics for this show were conceived by Staci Schwartz, MD, a physician, author, illustrator and “bullying prevention education consultant.” (The music for the show was composed by Liz Fillos. Ben Smallen directs the show with musical direction by Michael Borton.)

Schwartz has performed interactive readings and bullying prevention workshops for elementary schools, after-school and youth programs, as well as religious schools throughout the tristate area. Schwartz said she delights in creating characters whose actions and adventures encourage young children to act with kindness and to stick up for themselves and each other.

Schwartz was raised in Lafayette Hill and treasures many memories from that time and place.

“I loved growing up in Lafayette Hill. Of course, I realize it was a different time,” said Schwartz, now 55, “but when I was growing up there were lots of children in the neighborhood, and on a snowy day, we'd all meet at the nearest hill to sled. Very often my mother didn't even know where I was until I came home for lunch, but she always knew I was fine.”

In addition to enjoying the snow, Schwartz, who now lives in Center City, also enjoyed knowing what career she'd follow from the time she was about two, and her grandfather routinely introduced her as “my granddaughter, the future doctor.” 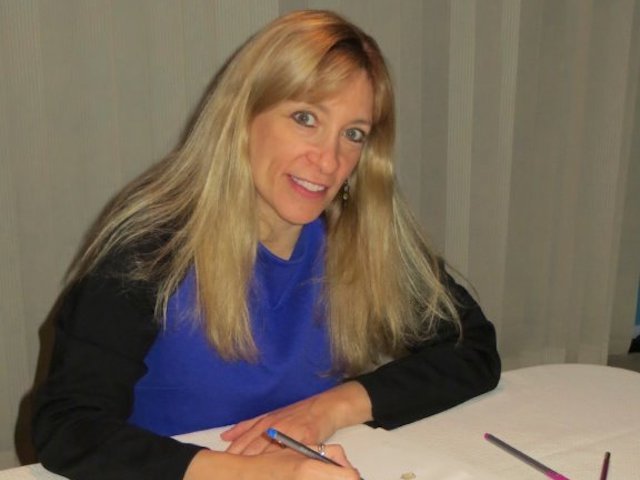 Dr. Staci Schwartz, a Lafayette Hill native and pediatric specialist, has written seven children’s books. One, “Billy, the Baaadly Behaving Billy Goat,” has been transformed into a musical that will be performed as part of the Philadelphia Fringe Festival, Sept. 7-22, at Nest, 1301 Locust St.[/caption]

“I guess I was sort of brainwashed,” she said last week, “although I really wanted this, too. I loved science, and I loved helping people, so the idea of becoming a doctor appealed to me and came from my heart.”

And so it seemed that Schwartz' future was secure – until she entered Plymouth- Whitemarsh High School and came face-to-face with her art teacher.

“That was Mr. Yost, who had a profound effect on me, and is responsible for the work I'm doing now,” Schwartz remembers.

With a love for medicine as well as art, Schwartz had to decide between two career moves, and ultimately medicine won out. She attended medical school at Thomas Jefferson University and did her residency at Temple University School of Medicine. She studied to do pediatric rehabilitation. Today, however, Schwarz no longer practices medicine, and hasn't ever since her daughter Jamie was born 22 years ago.

“I wanted to spend all my time with her, and that's just not possible for a doctor to do,” Schwartz said. “So I settled down into writing and illustrating children's books, all with a moral message, the kind of message I wanted to teach my daughter. And I truly enjoyed getting back to my art.”

The result was ultimately seven books, three of which have been published, including “Billy...” which has now been made into a musical. Schwartz, the wife of cardiologist Mark Schwartz, claims she is thrilled to see her book brought to life on the stage and hopes to see more in the future.

“In these days of divisive and unkind behavior among adults, behavior I see even in assisted living and nursing homes, it is even more important than ever for young children to learn to be empathetic and to respect others who may be different from them,” Schwartz explained. “And I believe this musical provides a fun way to teach kids to make good choices, to think about how their words and actions affect others, and to stick up for themselves and their friends.”