A rendering of 109 and 111 West Gravers Lane shows off the Wissahickon Schist planned for the building's facade. by Pete Mazzaccaro New construction is a pretty rare thing in Chestnut Hill. Recent … 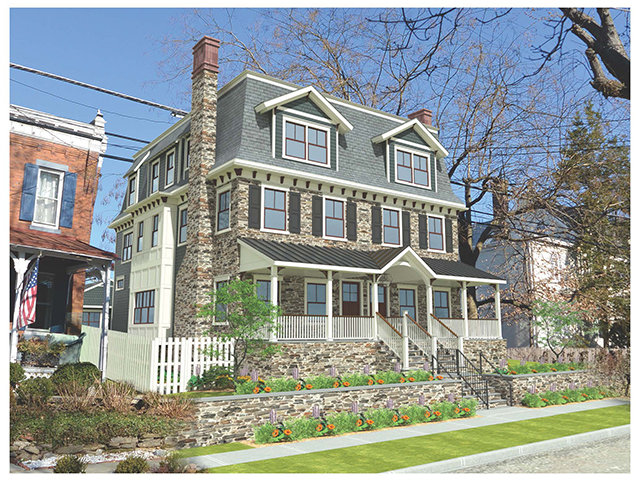 A rendering of 109 and 111 West Gravers Lane shows off the Wissahickon Schist planned for the building's facade.

The latest set of new construction homes in Chestnut Hill are located at 109 and 111 West Gravers Lane, a pair of three-story, five bedroom twins that are being built to look traditional, but with thoroughly modern amenities including roof decks with hill top views. The 3,500 square-foot homes have a price tag of $1,190,000 and are being built by Baker Street Partners, a small developer currently working on a pair of homes on the Main Line and a set of 10 townhouses in Manayunk.

Keith Adams, a Realtor with Elfant Wissahickon who is the listing agent for both properties, noted the rarity of new construction.

“It’s definitely rare in Chestnut Hill,” he said. “There aren’t a lot of comparable properties in the area. Similar homes in Center City are selling for millions and without parking or a yard.”

The parcel for the land was the result of the subdivision of 101 W. Gravers, which became the property of an estate following the death of its owner The estate subdivided the property, which had served as an extension of the original home’s lawn, and partnered with the builders on the twin homes according to Adams. The 101 W. Gravers property was sold in March 2016.

The builders began building several months ago, and Adams said they are expected to complete construction in July this year. The homes conformed to local zoning, but Adams said the builders met extensively with neighbors. 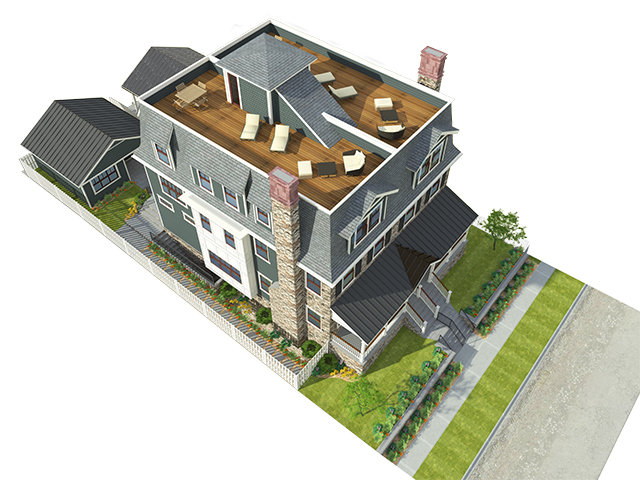 A "bird's eye view" shows the planned roof deck and rear parking for the the twin structure.[/caption]

“There were no zoning issues,” he said. “Everything was done by right. The builders, however, did make a good effort to meet with neighbors. They took a lot of insight from the neighbors, especially on the facade. It’s stone facade, with back siding to make sure it fits in the neighborhood.”

Both properties will have a lot of traditional elements that make them look and feel similar to their surroundings. Some houses on the block date back to 1900 and even earlier. The homes will have Wissahickon schist facades, coffered ceilings and wainscoting.

“Our buyer is probably going to be working in the city and looking for a nice home with an easy commute,” he said. “They like the traditional but also the convenience of modern amenities.