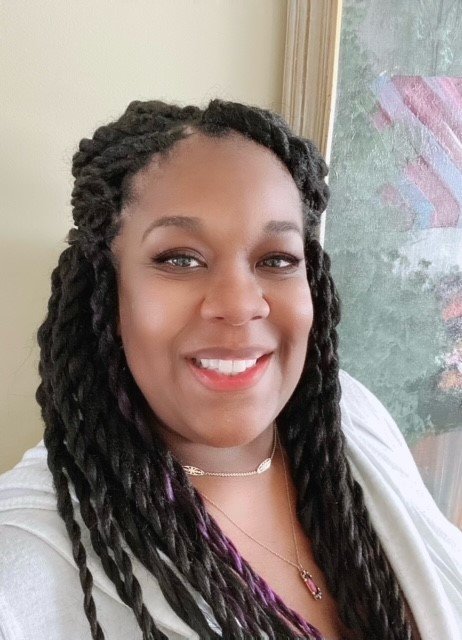 Chestnut Hill College (CHC) announced in late January that it has named LaKeisha Thorpe, Ph.D., 41, as its new Officer for Diversity & Inclusion, effective Feb. 8. Thorpe, who has degrees from Penn State (BA), Goddard College (MFA) and California Institute of Integral Studies (Ph.D.), comes from Moravian College in Bethlehem, where she served dual roles as the Senior Diversity Officer and Associate Dean for the Graduate and Continuing Studies School.

According to a CHC press release, “Thorpe will be responsible for amplifying the College’s mission and values to sustain an inclusive and welcoming campus community.” Last week the Local conducted the following interview with Thorpe:

Where did you grow up?

“I spent my young life in Westchester, NY. I wouldn’t be me without noting that time. I grew up attending a Catholic school with an extremely diverse student body, and thus I had the most diverse grouping of friends as a kid; we were all first-generation kids. Everyone’s home had a different culture and ethnicity, different food and different rules, and I loved it! It taught me how to get along with anyone.”

What made you want to accept the position at CHC?

I have read the views of some conservative thinkers who see your job as political correctness and an overly sensitive attempt to enforce a kind of orthodoxy whose goal is to never offend anyone rather than to seek truth. How would you respond to that criticism, which I am sure you are familiar with?

“Yes, I’m entirely familiar with this mode of thinking, and I’ll say it is wholly incorrect, though I understand why some might arrive at it. The point of positions like mine is to start unraveling where we are, how it’s come about and ensure that we move forward better than we were; in order to do that, we must push through the status quo. This means taking an honest assessment of who we’ve allowed ourselves to become and reconciling wrongs, oppression and structural racism. This is challenging work because it asks people to consider their humility and question not only themselves but those who have influenced their social constructions. It’s not divisive, and it isn’t about political correctness ( a phrase I don’t like). It’s more about treating humans like humans and discussing differences with decency. We don’t have to agree, but there’s no reason not to be decent to another human.”

What specifically do you plan to do to promote diverse and inclusive thinking among students, faculty and staff?

“I want to work as many angles as we can, undergrad to doctoral, from president’s cabinet to graduate assistants. In time, there will be work at all levels of the institution ... It’s having complex and creative thinking that will help us navigate the transcultural environments we find when we leave the comfort of our norms. This thinking is what I will use to promote D & I and motivate the Chestnut Hill community.”

How has the pandemic affected your life?

“I’m blessed that anyone I know and love who had it, got over it or hasn’t had it at all, to our knowledge. As a human, I’ve had a myriad of emotions, tears at the sheer numbers of the dead and suffering, anger at the injustices around Covid-19, racial and economic inequalities and how poorly the response was managed, hope that the vaccine will be helpful despite the different strains that are arising. Personally, I miss people and the way life was, but during this time I have learned a lot more about myself and how I want to move through this world. It’s part of the reason I’m now at Chestnut Hill.”

What is the hardest thing you ever had to do?

“Admit when something is not working. Even after you have put your all into something, sometimes even then you’ve got to walk away, and it can be gut-wrenching. It doesn’t mean failure, though, and people tend to equate it with failure. It just means it’s time for a new path.”

If you could meet and spend time with anyone on earth, living or dead, who would it be and why?

“The women from my ancestry. I can trace relatives back to the late 1800s on both my mother’s and my father’s sides, which is rare for someone of West Indian and/or African descent. From the stories I have been told, I know how strong and determined those women were. I want to tell them that it wasn’t all in vain. I am their dream and they are my inspiration.”

For more information, visit chc.edu. Len Lear can be reached at lenlear@chestnuthilllocal.com