Musical weather report: Cloud-y in Paris (Bistro, that is)

Suzanne Cloud, who sings jazz classics and originals "with a healthy dose of funk, dissonance, biting satire and moral outrage," will be performing at Paris Bistro with guitarist, composer and Emmy …

Musical weather report: Cloud-y in Paris (Bistro, that is) 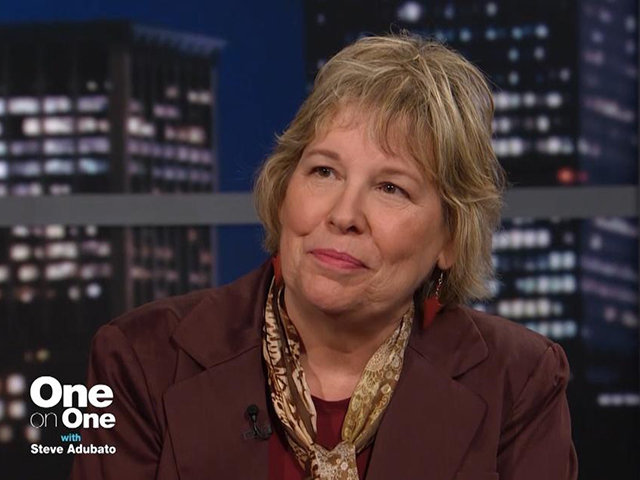 I still remember when my wife and I went to a club in South Jersey about 30 years ago to hear Suzanne Cloud sing because I had read that the local singer-songwriter performed jazz classics and originals "with a healthy dose of funk, dissonance, biting satire and moral outrage."

(Also, she was a long-time partner of the now-late Richie Reisman, a terrific guy and quarterback of the Central High School football team in the late '50s. We had played together on the Central junior varsity team, and I caught lots of Richie's perfectly thrown passes.)

According to a review in “All About Jazz,” Cloud's voice “ranges from melodic oration and soulful wails to sultry moans and mockingly saccharine excess, effects aided by her powerful projection, smooth glissandi and effortless ornamentation."

But before that, Suzanne was schooled by Philly's finest jazz glitterati such as Eddie Green, Tyrone Brown, Johnny Coles, Jimmy Oliver and Evelyn Simms. And now you, too, can enjoy Cloud's soulful sounds because she will be performing at Paris Bistro, next to the Chestnut Hill Hotel, with guitarist, composer and Emmy Award winner Tom Glenn and bassist Tyrone Brown on Dec. 30 (New Year's Eve Eve).

Cloud, 67, was born in Philadelphia but grew up in South Jersey, where she still lives. She went to Pennsauken High School and then Methodist Hospital School of Nursing in South Philly. When she was 39, she went back to school at Rutgers University in Camden to complete a B.A. in History. She continued going to school, earning a master's and Ph.D in 2003 at the University of Pennsylvania (on scholarship) in American Studies.

Cloud's doctoral dissertation was on the Philadelphia jazz community. “I gotta tell you, it was a tough go but a labor of love. It took me eight years to finish the doctorate. I have tons of oral histories of Philly jazz musicians, which will be going into the archive when we finally finish the project.”

But performing music herself was always part of the equation for Cloud. “As long as I can remember, I was singing, making up songs, writing stories and acting in little plays I organized with kids in my neighborhood. I loved creating alternate realities, probably because my family life was so hard. My dad was an alcoholic and hurt his children in many ways.”

Over the years Suzanne has sung all over the Philly metro area: hotels, casinos, jazz clubs, local jazz festivals, parties and musical theater.

Once she even did a TV show in L.A. with Leslie Uggams and sang Sarah Vaughn's version of "I Remember April," which “really impressed everyone since I copied her scat line down to the last scooby doo.”

Cloud has recorded several albums under her own name and a few with other artists. She is currently planning another foray into the studio in the near future.

“My favorite gig is always based on the players I'm working with. If there is collective improvisation going on and we're enjoying each other's expertise and joy in the moment, then that's my favorite gig. It wouldn't matter if I was playing a local dive bar or the Kimmel Center.”

Cloud also recently stepped down as executive director of Jazz Bridge, a non-profit which she founded in 2005 with a friend, Wendy Simon, in order to promote jazz and jazz musicians in the Delaware Valley. They have sponsored a neighborhood concert series to showcase (and pay a living wage to) local jazz talent. At times they were producing over 50 concerts a year.

However, “It's incredibly hard to maintain yourself by just playing music in Philly. The hotels don't have live music much anymore, a circuit that Eddie Green and I were able to exploit for years, and the jazz clubs are few and far between, most bringing in outside artists rather than utilizing local talent.

“LPs seem to be coming back to a certain extent, whereas CD sales are way down. Most listeners are downloading music, which doesn't help the struggling artist.

“A jazz artist basically takes a vow of poverty to professionally pursue the craft. Jazz Bridge has helped so many people over the years. It's the best thing I've ever done.”

www.jazzbridge.org. For more details about the Dec. 30 concert, email info@parisbistro.net