“People joke that I’m the unofficial mayor of Germantown,” says Birdie Busch, a talented musician who has also been a waitress, teacher, workshop leader, organizer and archivist, tea and herbal … 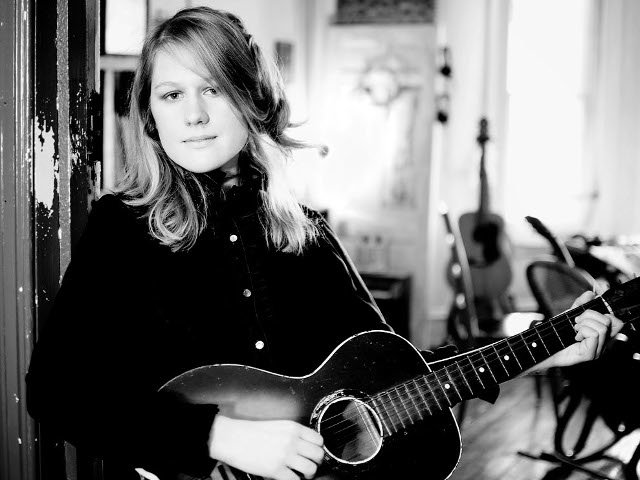 “People joke that I’m the unofficial mayor of Germantown,” says Birdie Busch, a talented musician who has also been a waitress, teacher, workshop leader, organizer and archivist, tea and herbal guide, etc.[/caption]

Singer/songwriter, photographer, civic artist, writer. These are just a few of the nouns that describe Emily “Birdie” Busch. But look at this 36-year-old’s resume, and you’ll find that she also is or has been a waitress, teacher, workshop leader, organizer and archivist, tea and herbal guide and more!

In a recent interview at Mt. Airy’s Malelani Café, Birdie helped put everything into perspective, starting with her name. Her given name is Emily, but she adopted the nickname Birdie for her musical persona to distinguish herself from a good friend who was also named Emily.

Birdie recently updated her website to showcase all of the different aspects of her life and work. “I want people to know I’m doing more than just sitting around writing songs, although that’s a huge part of my life force,” she explained.

Born and raised in Collingswood, NJ, Birdie moved to Philadelphia 15 years ago and purchased a house in Germantown two years ago with Todd Erk, her partner for 10 years. Todd plays bass with the local band Hoots and Hellmouth, and he also co-produced Birdie’s last album with Jaron Olevsky, the husband of one of Birdie’s best friends. Birdie remembers recording a song 15 years ago above Gaffney Fabrics on Germantown Avenue. “Now I live one block from there,” she said. “I really love this city and have made it my home. So another huge part of what I do is try to collaborate with people in all different realms to make the city a more interesting and better place.”

Even as a child, Birdie loved writing and storytelling. “I believe that stories are the essence of humanity over time,” she explained. She received a B.A. degree in 2001 from the University of Miami. As a student, she knew she wanted to write music, so she loaded her curriculum with courses in English, creative writing, anthropology and music history. “I was always a huge music appreciator, but when I went to shows or listened to music, I got the feeling that enjoying it wasn’t enough. I wanted to join the tribe and put music from my own brain into the world.”

When she moved to Philly, Birdie began taking guitar lessons and going to open mic nights at least once a week. “Then I fell in with a group of friends who all played music. I solidified my friendships over time with people who have played and recorded music with me until now.”

As she approached her 30s, Birdie took on what she calls a “civic approach,” combining her music with civic activities. “In current times, the way the arts and music have gone, there’s so much more computer grind, spending time on the computer trying to make things happen — shows, recordings, getting people to respond. It can feel alienating. I’m someone who has always felt the need to participate.” Moving to Germantown helped her figure out a way to bring it all together.

Birdie has become an active member of the community. “People joke that I’m the unofficial mayor of Germantown. I like being involved, even in the wacky, frustrating neighborhood meetings. You realize the ‘crucial-ness’ of it, and you realize that if you participate, you are responsible for seeing really good things happen as opposed to seeing it go in the opposite direction.”

When Birdie was raising money to cover basic production costs for her current record, she did it in tandem with a fundraising project for the John B. Kelly elementary school on Pulaski Avenue in Germantown. Anyone who made a pledge to support the recording was also making a pledge to support Kelly Green, the construction of a new playground and green space to be used by the students and community.

Radio station WXPN once said, “Birdie Busch's music hardly fits into a specific category or genre. Her atmospheric folk has strains of country-blues and rockabilly. She sings about magic, luck, the universe and the human heart speeding off on dangerous missions.”

Birdie’s new record, her fifth, will be released in the spring. She recorded it in honor of a friend, Alison Dilworth, a Germantown artist and new mother. “Thunder Bridge,” the title of the record, was inspired by a line from a Sun Ra poem. “It’s a reference to how we travel through time with all the kindred people in our lives. If you’re lucky, you realize that through these friendships and maintaining them you have a very meaningful life.”

Birdie and Todd live with two 13-year-old rescue cats and a dog Todd rescued a few months ago from Fernhill Park in Germantown. Emily and Todd even named their home music studio Sparkle B in honor of the rescued dog, Morty Sparkle Bones.

Birdie’s most recent performance was on Friday, Feb. 26, at Burlap and Bean in Newtown Square. More information about Birdie at emilybirdiebusch.com or facebook.com/birdiebuschmusic.