Forstater is seen here in 1975 with Graham Chapman, one of the six members of the British surreal comedy group Monty Python. Chapman died of tonsil cancer in 1989 at the age of 48. by Len Lear PART … 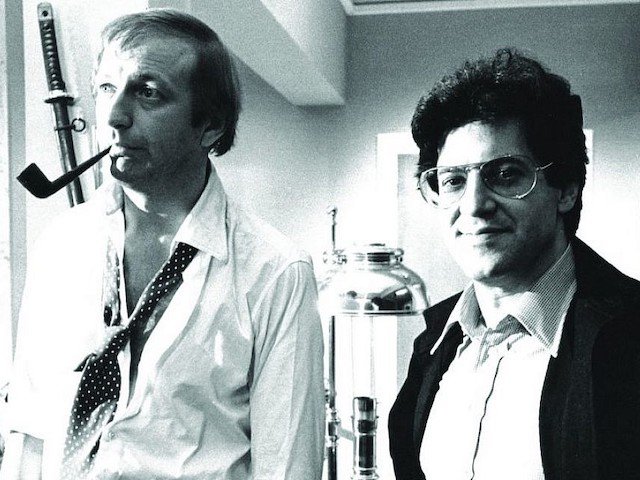 Forstater is seen here in 1975 with Graham Chapman, one of the six members of the British surreal comedy group Monty Python. Chapman died of tonsil cancer in 1989 at the age of 48.

Last week, we told the story of Mt. Airy native Mark Forstater, 75, who wound up by a quirk of fate producing the worldwide movie sensation, “Monty Python and the Holy Grail,” in 1975. Mark grew up on the 8400 block of Williams Avenue with two brothers, Art, a standout basketball player for Central High and later for Lebanon Valley College, and Paul, and their widowed mother, Dorothy, who worked at a downtown department store.

As indicated last week, however, Forstater had a bitter split with the Pythons and wound up suing them. The film “Holy Grail” was the inspiration for the 2005 Tony Award-winning musical, “Spamalot.” Like the film, it is a highly irreverent parody of the Arthurian legend.

When Forstater was not given any of the proceeds of “Spamalot,” which was a worldwide hit, he sued the Pythons, resulting in an eight-year legal battle. According to Forstater, “Not one of them (Monty Python) contacted me to ask what the problem was. They just let their lawyers, prompted by Eric Idle and their manager, to prosecute the case. I felt let down by them at the time, but I now realize that they really didn’t want to know and didn’t care what I was going through. And yet my work helped make them millions and gave Terry Gilliam and Terry Jones directing careers.

“I also wrote in my book, ‘The 7th Python,’ about the stress and anxiety that the lawsuit gave me, and part of the book was my diary about how I dealt with those emotions. Generally I’m not an anxious person, but I went through a difficult number of years and had to find inner resources to cope with the stress and anxiety.”

In July of 2013, after the eight years of legal wrangling, a judge in London, Alastair Norris, awarded Mark a judgment of more than 200,000 pounds plus interest (approximately $330,000 in U.S. dollars) for royalties Forstater had claimed he was owed from “Spamalot.” 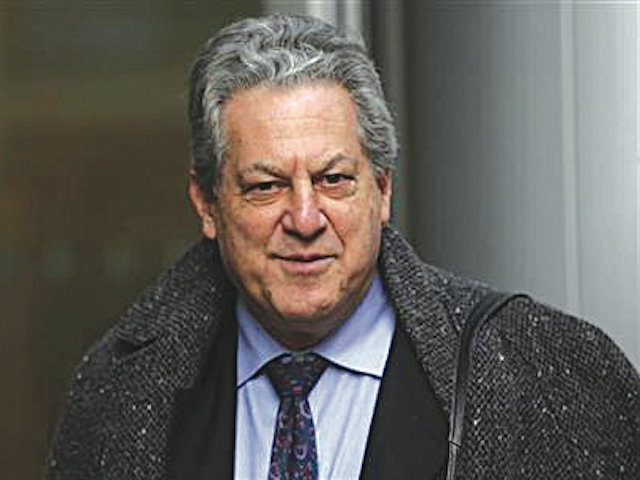 Mark Forstater, who grew up in Mt. Airy, won a significant court judgment from the members of Monty Python eight years after the suit was filed.

At that time, Mark told me in an email, “After eight years of negotiations, mediation and finally a trial, I am pleased that the court upheld my share in ‘Spamalot.’ I am also sad that old friendships have been fractured by this dispute. I never wanted to go to court, but the offers I made to settle were never accepted, so I had no choice. But there is sadness about having to face people in court who were my friends. Our friendship has gone. Terry (Gilliam) and I used to share a flat. We go back 51 years.”

According to one British newspaper account of the trial, the judge said of Python, Eric Idle: “He was frank enough to acknowledge that he now disliked Mr. Forstater, but he expressed the hope that, in his evidence, he was being honest and that his dislike did not affect his honesty … He undoubtedly regarded Mr. Forstater as ungrateful.”

Despite the fact that he was awarded a considerable sum of money, Mark told me last month, “I came out of the lawsuit in a terrible financial condition and had to make a decision: try to develop some new productions or try to write some more books. I had enough money to live frugally, and I had my health.

“I have spent many years practicing yoga, meditation and Taoist practices so that at the age of 70 I had no ailments other than a slightly heightened blood pressure and cholesterol levels. So three years ago I decided to join a gym in order to continue yoga classes and swim in order to bring the blood pressure and cholesterol levels down so that I could carry on producing films and leave the writing for when my energy levels would flag.”

Oddly, Forstater insists that after the trial was over, “I found that I was a better producer than before. Somehow I had been given a second chance to find ideas and scripts that had a real potential … I was also inspired by the late historian Eric Hobsbawn, who if he had died at the age of 70 would have had a completely different obit than he did, because from 70 to 95 he produced a new set of history books totally unlike his pre-70 work. I thought if he can do it, so can I.

“As to my many projects, I have a very good team of collaborators who help me with budgeting and scheduling, casting and fundraising so that I can spread myself across a number of projects. In fact, I have now joined with a young team to set up a new company for production. My partner is just 27!”

For more information, visit www.theageofanxiety.me, where Forstater has blogged since 2009. Len Lear can be reached at lenlear@chestnuthilllocal.com