When Daralyse Lyons, 37, isn’t doing splits or jumping out of airplanes, this former yoga teacher, adrenaline junkie and Mt. Airy resident can be found scribbling her latest novel the … 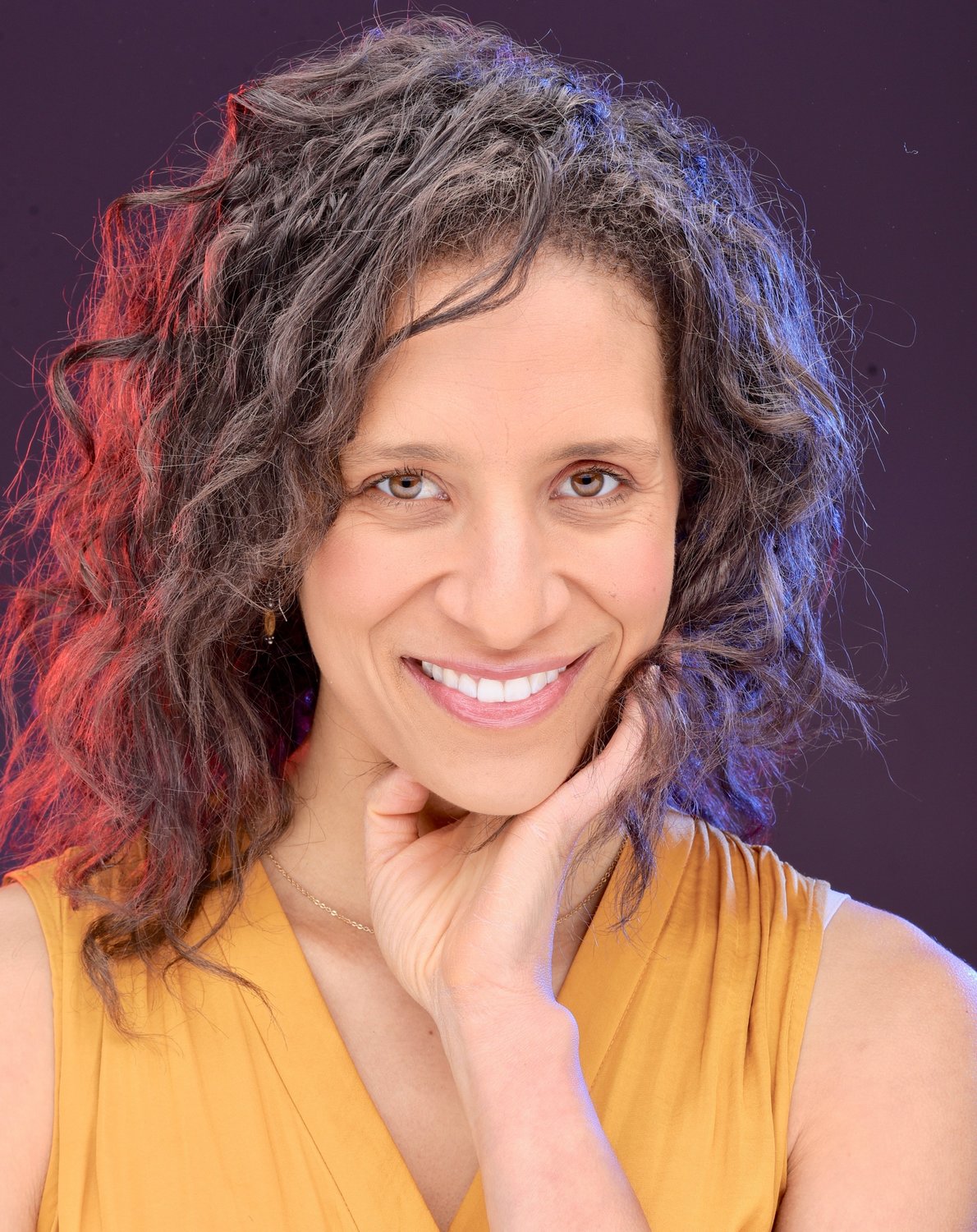 Daralyse Lyons, a prolific Mt. Airy author who has a white mother and African American father, is launching a podcast that deals with bi-racial families and other racial and cultural issues.
Posted Monday, September 14, 2020 2:06 pm
by Len Lear

When Daralyse Lyons, 37, isn’t doing splits or jumping out of airplanes, this former yoga teacher, adrenaline junkie and Mt. Airy resident can be found scribbling her latest novel the old-fashioned way, with pen and paper. To date, she has written more than two dozen full-length books, several short stories and many articles.

Many of the interviewees are “marginalized voices” encompassing many different races, religions, cultures, genders, sexual orientations, etc. “I explore 10 topics pertaining to diversity,” Lyons said, “and also feature such notable voices as Dr. Howard Stevenson, a Penn professor of African Studies; Nihad Awad, CEO of the Council on American-Islamic Relations; State Sen. Sharif Street and many others.”

A typical episode deals with bi-racial families. (Lyons has an African American father and white mother.) “I don’t know if you know the history of the one-drop rule,” said Russita Buchanan on the podcast (If you have one drop of “black blood,” you're black), “but I just totally feel like no matter how hard we try, we’re still considered a minority. Unless we look white, y'know, 'cause some of us can pass, but a lot of us can’t, and I just feel like in our society white people are still superior in a way. No matter how hard we try, we can’t really be white.”

“Today, there are no more laws about racial categorization and classification,” said Lyons. “There is a great deal of economic and geographical disparity … Nevertheless, the one-drop rule remains woven into our cultural consciousness. The overwhelming tendency among black, white and bi-racial Americans remains to view black-white bi-racial people as 'more black than white.' Statistics show that black-white bi-racial adults are three times more likely to identify as black than as white.”

Jose Gonzales, who is half-Polish and half-Puerto Rican, said, “Growing up in an all-black environment and being called white nicknames, sometimes 'white boy' … I wanted to be like the people I was around. They were African American, so I didn’t want to be white, even though my skin was the whitest in the building and, y'know, the whitest in the projects.

“My skin is pretty similar to yours, but I didn’t grow up in this. I didn’t grow up living in that white environment so … I feel like more with that (black) culture than I do with my own. And that has so many different impacts on my life from even my own people judging me, saying, 'Oh, you’re a sellout; you don’t even know your own language … why are you trying to be black?'”

Lyons follows: “We don’t have to be defined by history, but at the same time, there’s no denying that the past informs the present. After all, it was Thomas Jefferson who said, 'Honesty is the first chapter of the book of wisdom.' So, let’s get honest, Mr. Jefferson. Throughout his lifetime, the author of our Declaration of Independence, champion of liberty and father of American democracy owned more than 600 slaves.

“One of the most well-known among them was Sally Hemings, who was 14 when Jefferson, then aged 44, began having sex with her. By the time she died, she’d given birth to at least six of his children who, by virtue of their blackness, were viewed as Jefferson’s property as opposed to as his progeny … By today’s standards, the third president of the U.S. would’ve been deemed a pedophile and rapist.

“At one time in our nation’s history, being a bi-racial child often meant being the product of coercive, exploitive or even violent sex ... It meant that if your father was black and your mother white, she might be disowned, disinherited or forced to give you up, and depending on the year and the geographical location, he might’ve gotten lynched.”

Malcolm Burnley, a local journalist and author of “My Bi-racial Life: A Memoir,” said, “At times I’ve tried to claim being black, and at times I’ve tried to claim being mixed, but my hair has always stood out with a lot of people when I try to identify as black or even mixed. They’ve been skeptical of it because of my hair not feeling black enough.”

For more information, visit daralyselyons.com People don't have to subscribe to listen to the podcasts, but if you do subscribe, you'll get a notification every time an episode drops. Len Lear can be reached at lenlear@chestnuthilllocal.com