“One thing you should know is that I'm not angry with the church,” said DiFranco, who says Mass at the Community of Saint Mary Magdalene in Drexel Hill. “I got over that a long time ago. I … 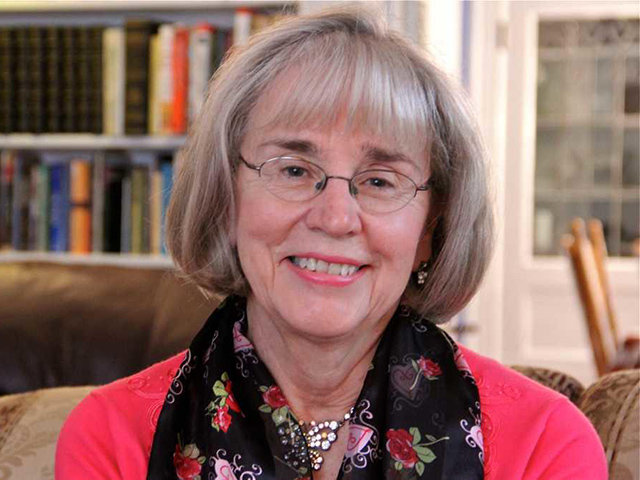 “One thing you should know is that I'm not angry with the church,” said DiFranco, who says Mass at the Community of Saint Mary Magdalene in Drexel Hill. “I got over that a long time ago. I feel sorry for them, actually, because they are working against history, and this time history is going to win.”[/caption]

“I belonged to St. Vincent de Paul Church (in Germantown) for 20 years or so. St. Vincent ‘s is the only parish I ever attended within the institutional church that ever addressed racism and poverty as part of the gospel. Sadly, they could not address misogyny, which is why I eventually left. The institution, as you might know, treats people who support women’s ordination with a very heavy hand, frightening people who might speak up otherwise.

“This, of course, also compromises the gospel. Pedophiles are treated better. This is true even under Pope Francis. Priests who have supported women’s ordination have not yet been reinstated. While Francis calls for a 'deep theology' of women, he ignored the deep theology developed by women over the past 50 years. He appears blind to the decreasing numbers of male clergy. Because of this, the parish closings will continue.”

These are the opinions of Eileen DiFranco, 65, a Mt. Airy resident for the last 41 years and author of the recently published book, “How To Keep Your Parish Alive,” about her experience founding an “outside-the-pale Catholic community” (her words). In the book she offers parishioners of parishes slated by the Archdiocese of Philadelphia to close “a way to remain open, albeit in a 'resurrected' fashion.”

DiFranco, a long-time critic of the church hierarchy, explained her views at a book signing event Sunday, Nov. 12, at 15 Westview St. in West Mt. Airy, the site of an “intentional Eucharistic community, Sanctuary of Peace.” This is one of the relatively new communities that exist outside of the traditional Catholic Church. There is another similar community that meets in Flourtown.

“Almost all of us were observant Catholics who could no longer support an institution that covered up child abuse and continues to regard gay people as lesser human beings,” said DiFranco. “These new communities are not hierarchical; they ordain women and use non-sexist language. We are men and women, gay and straight. I think these small communities might be the future of the church.”

DiFranco, a mother of four children, grew up in Port Richmond and attended Nativity BVM grade school, Hallahan High School and Immaculata University. She has an R.N. from the Chestnut Hill Hospital School of Nursing (now closed), an M.A. Ed. from Arcadia University in Glenside and an M. Div from the Lutheran Theological Seminary of Philadelphia in Mt. Airy.

Two years ago DiFranco retired from the School District of Philadelphia, where she worked as a school nurse for 25 years. She currently substitutes two days a week. After belonging to the women’s ordination conference for some years, a friend and former Catholic who is now a Lutheran pastor, suggested that she attend the Lutheran Seminary, which she did.

“Then, my colleagues and classmates told me to pursue ordination,” she explained. “I met with Patricia Fresen, a Roman Catholic Women Priest bishop, who asked me if I’d like to be ordained. And so I was. Another interesting story is how Patricia’s treatment by the church differed from the way the church treated pedophile priests who were often given stipends and paid health insurance by their dioceses. Patricia was thrown out of the Dominican order after being a nun for 40 years with no means of support. It ruined her health.”

In 2007 DiFranco became one of two female pastors at the Community of Saint Mary Magdalene in Drexel Hill. DiFranco had been ordained along with seven other women by a group called the Roman Catholic Womenpriests at a ceremony in Pittsburgh in 2006. Her ordination prompted then-Philadelphia Archbishop Cardinal Anthony Rigali to send her a letter stating that she was going to become a public scandal.

In 2010, Roman Catholic Womenpriests officially responded to Vatican comments that listed the ordination of women priests as “delicta graviora,” placing it in its list of most serious crimes against Roman Catholic canon law, the same category as sexual abuse of children by priests.

“They’re doing a terrible job,” said DiFranco about the male priests who have led the church since its inception about 2,000 years ago. “I don’t have to leave because we have disagreements. Mature people should be able to talk about disagreements … we’re changing the model of the Roman Catholic priest.”

Even as a 6-year-old girl, DiFranco questioned some church traditions. Why couldn’t she be an altar server? “I felt like if the boys could do it, I could do it. I thought, ‘I’m just as smart as they are.’” But “questions weren’t really encouraged,” she said about voicing her opinion. She learned “This is the way God wanted it. What could you say?” She was a member of Holy Cross Catholic Church in Mt. Airy but left 31 years ago and then attended St. Vincent de Paul for 20 years.

“I admire those who speak truth to power,” she told us in an interview last week. “Church and state likewise like to think that they are special and not worthy of criticism. You might have seen that in Archbishop Chaput’s recent letter to the Inquirer. The church refuses to recognize the harm they have knowingly, willingly and ruthlessly done to women and would rather become a small group of like minded people rather than change and follow the gospel.

“This is the reason I wrote my book. The church is not acting in the best interest of either the people or God or the gospel when they close down parishes following a business model rather than a Jesus model. The people should keep their parishes open in a new, resurrected mode without the consent or approval of the bishops. Catholics have done this for millennia while the church smeared them, persecuted them and often killed them.

“My book is a handbook for those brave souls who are willing to break the bonds of what I consider to be an anti-woman, homophobic church that hurts people.”

DiFranco now celebrates Mass at the Community of Saint Mary Magdalene, which has been in existence for 10 years. They meet every Sunday in the McBurney Chapel of Drexel Hill United Methodist Church and every Saturday, 5 p.m., at Epworth United Methodist Church in Palmyra. “Nobody can excommunicate you from the love of God,” said DiFranco.