by Barbara Sherf Alyssa Kreilick, a student at Pennsylvania Academy of the Fine Arts, is focused on her acrylic illustrations for ‘Lucha and Lola!, a third book her mother, Cynthia, published … 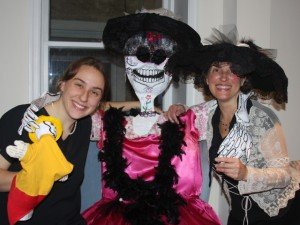 Gingerbread House Activity for up to 10 children free of charge