Donald Nally and The Crossing opened their long-awaited and deeply anticipated “Month of Moderns” series of three concerts Saturday, June 11, at the Presbyterian Church of Chestnut Hill. 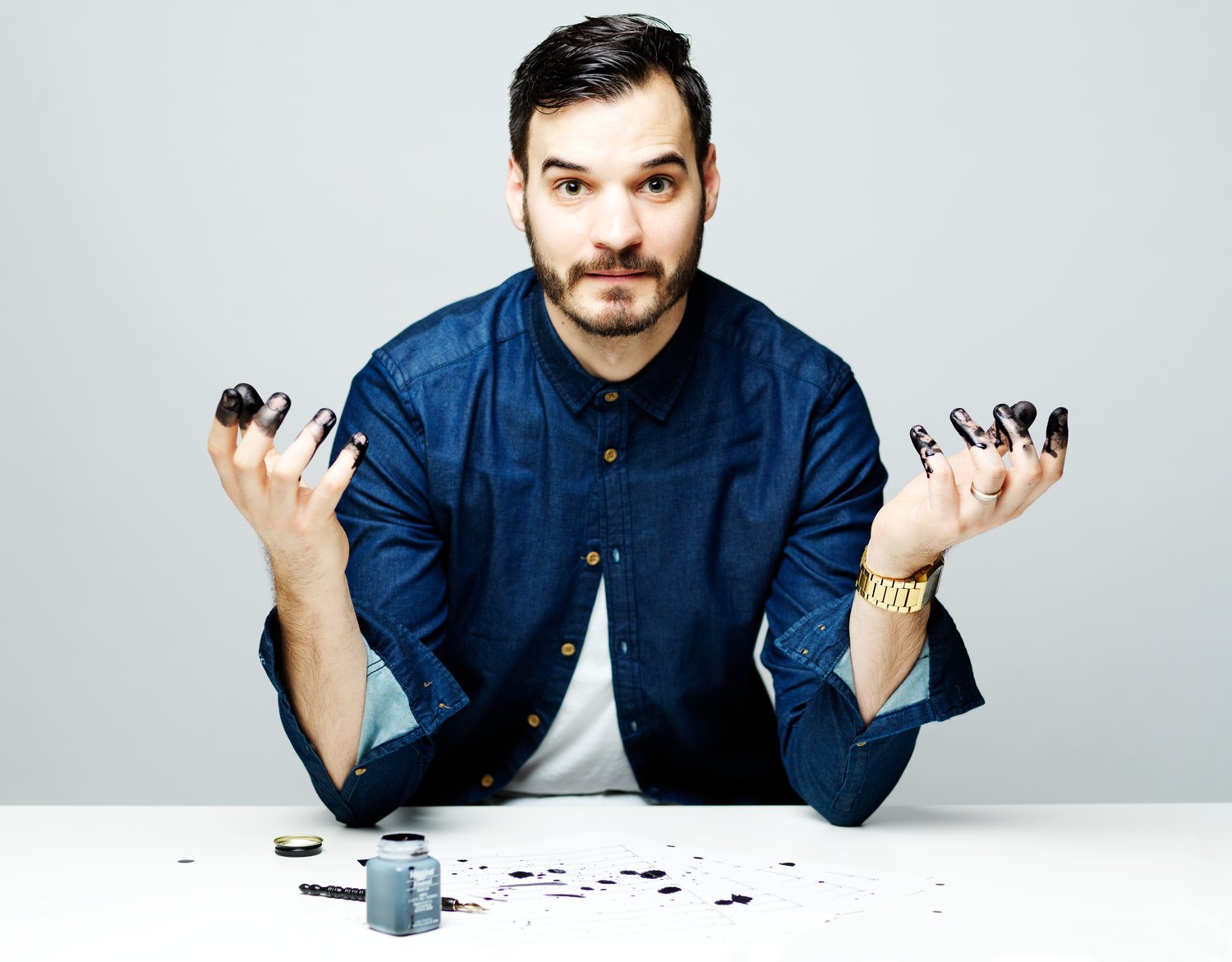 Composer Aaron Helgeson’s “The Book of Never'' considered dark and troubling questions in a concert featuring Donald Nally and The Crossing at the Presbyterian Church of Chestnut Hill.
Posted Thursday, June 23, 2022 12:00 am
by Michael Caruso

Donald Nally and The Crossing opened their long-awaited and deeply-anticipated “Month of Moderns” series of three concerts Saturday, June 11, at the Presbyterian Church of Chestnut Hill. The choir’s longtime home in Philadelphia was filled with an audience that intently listened to and emotively supported superb performances of three world premieres.

That point of information – three world premieres – is seminal to the very being of The Crossing. From its inception ten years ago, The Crossing and Donald Nally have devoted themselves to promoting the very best in contemporary choral music by performing this most daunting repertoire of new music at the highest levels, both technically and interpretively.

Saturday evening’s program featured Aaron Helgeson’s “The Book of Never,” Marcos Balter’s “The Book of Colors,” and Gabriel Jackson’s “Darest thou now O Soul?” Jackson’s work was a “gift” from the composer, at the request of Steven Hyder, in celebration of Donald Nally’s 60th birthday.

Helgeson composed the music for “The Book of Never” based on his own text. Its movements are entitled “Passions of other people…,” “The world’s a town,” “Burns I’d like to forget,” and “Names of things I once believed.” These evocative titles lead into poetry of some of the darkest and most troubling questions we ask ourselves and that often receive no clearly discernible answers.

Helgeson’s music covers the broadest spectrum of vocal ranges, from darkest bass to highest soprano, voiced in a compelling span of dense, close dissonances that initially defy the listener to form them into harmonies, let alone progressions, yet that eventually yield themselves to resolutions that accomplish just that.

My first reaction to the score’s opening sounds was, “Oh my gosh! What’s this all about?” And then, little by little, immeasurably helped by the composer’s tendency to suspend each cluster of notes in a gently-shaped series of rhythms integrated into a slowly-paced tempo, I began to make sense of all the discordant tones I was hearing. And, lo and behold, they came together into progressions of vastly expanded chords to proffer a feeling of inevitable structure.

Finally, beyond that, what I was hearing perfectly projected the many layers of meanings of Helgeson’s words. Amazing!

I was no less amazed by Nally’s ability to mold the music into a convincing whole far greater than the sum of its individual parts. No doubt, this herculean task was made easier – not easy, of course, but easier – by the singing of the individual members of The Crossing. Tuning was immaculate, blend was flawless, dynamics were broadly conceived and projected with exemplary precision. The performance gave a telling glimpse into the composer’s unique and personal world of sound and universe of feelings.

Balter set his “The Book of Colors” to his own text, as well. “The purest hue,” “Stubborn green,” “We glide through the blue like an arrow,” and “A hiss of dust through the air of night” evoke shimmering images on their own, almost complete without the aid of music, requiring the composer to reach beyond the work of the poet.

Amazingly, the composer Balter met the challenge assigned to him by the poet Balter with flying colors. All four movements proffer choral writing of surpassing beauty in which chromatic harmonies move along in hypnotic intensity until they come together in what becomes a series of idiomatic yet compelling cadences.

Once again, Nally’s conducting and The Crossing’s singing were impeccable, both technically and interpretively.

The evening’s final work, Jackson’s “Darest thou now O soul?” left me feeling that the composer was stuck in a time-warp of his own earlier works. Set to Walt Whitman’s tendentious poetry, the score’s sliding melodic lines seemed part of a pastiche of sounds that failed to efficaciously delineate those sentiments.

All the same, Nally and The Crossing gave it a heartfelt rendition.

“The Month of Moderns” continues with “Unhistoric Acts” Saturday, June 25, at 5 p.m. There will be a 4 p.m. pre-concert discussion in the Presbyterian Church of Chestnut Hill’s Burleigh Cruikshank Memorial Chapel. “Sumptuous Planet” is scheduled for Friday, July 8, at 7 p.m. A pre-concert discussion is set for 6 p.m. in the chapel. For more information visit www.crossingchoir.org.