When we think about midcentury modernism in Philadelphia, our first thoughts might go to artists who were part of the Knoll family of designers, figures like Harry Bertoia who could apply his hand … 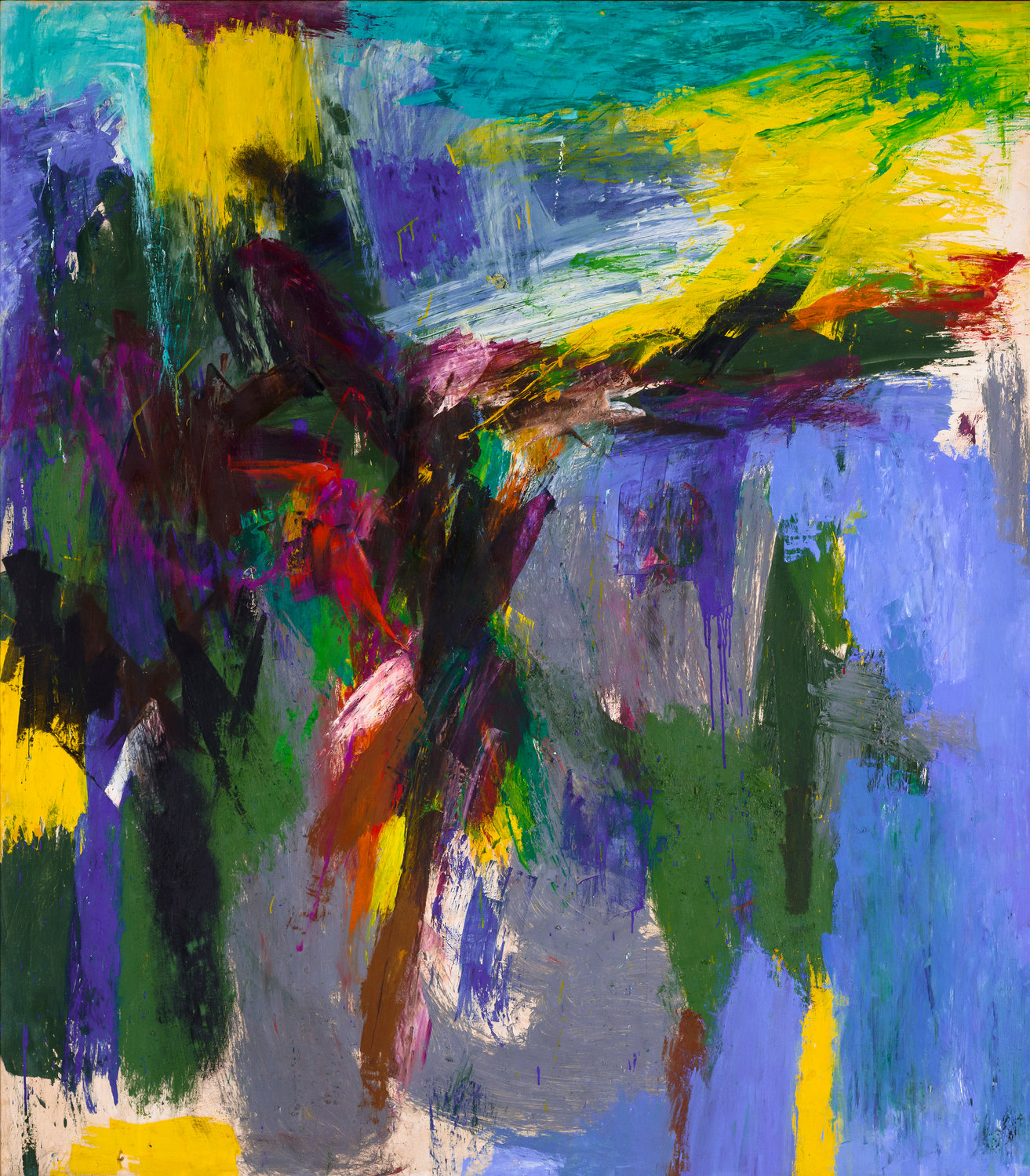 When we think about midcentury modernism in Philadelphia, our first thoughts might go to artists who were part of the Knoll family of designers, figures like Harry Bertoia who could apply his hand equally to innovative chair designs as to sound-making sculpture and great public fountains, like Free Interpretation of Plant Forms at Woodmere.

But midcentury modernism also includes the achievement of a group of painters, architects, musicians, and dancers who gathered under the banner of Group ’55, so named for the year 1955 in which they came together to organize exhibitions of their work. They also offered public forums at the Art Alliance and at the Free Library’s central branch, where they talked about the new art of abstraction, inspired by Abstract Expressionism and the New York School, as uniquely suited across the sectors of the arts to express the emotions of the times.

Painter Sam Feinstein was the organizer of Group ’55. In general, his paintings and those of his colleagues are grand and impressive, bold and gestural, and like so much of Philadelphia modernism, intense in color. It was Feinstein’s belief that radiant combinations of color could spark inspiration in the mind of the beholder. Artists like Jane Piper and Quita Brodhead were also members of the group, as was Chestnut Hiller and longtime University of the Arts instructor Doris Staffel. The group’s most famous participant was architect Louis Kahn. The story has important connections to Northwest Philadelphia as well: Feinstein and Barbara Crawford, his wife and a Group ’55 member, taught at Chestnut Hill Academy (now Springside Chestnut Hill Academy). For decades, Crawford was the anchor of the art department there and something of a spiritual guru at the school.

Woodmere and SCH have collaborated on a project that has yielded three simultaneous exhibitions: Sam Feinstein, Group ’55, and Midcentury Abstraction in Philadelphia and Sam Feinstein: Immersive Abstraction at Woodmere, and Sam Feinstein: The Early Years at SCH. Of special interest at Woodmere is a large painting for the mural that Kahn and Anne Tyng planned for the famous Trenton Bath House project in 1955; it has never been shown before and it is impressive.

The Museum and the School invite you to participate in a joint opening celebration of the exhibitions on Zoom at 7:00 p.m. on Thursday, September 24. The event is free to the public and everyone is welcome. Get tickets here.

There’s another player in the story who is part of our community: artist Michael Ciliberti, who passed away this year. Michael came to me early in my tenure at Woodmere and described the activities of Group ’55. He recounted the thrill of participating with passionate colleagues in efforts to share the power of a new and challenging kind of art with the citizens of Philadelphia. I am incredibly grateful to Michael, to many other artists and their families, and to my friends and colleagues at SCH for shaping the experiences we jointly offer at Woodmere and at SCH. I hope you will join us for the Thursday event and then please come visit all three shows!

William Valerio is the director of Woodmere Art Museum