Making fun of boss leads to career as 'humor outcast'

Donna Cavanagh, a former reporter for the Norristown Times Herald, is now the editor and founder of HumorOutcasts.com and HumorOutcasts Press, which has published an astonishing 70 humor books, …

Making fun of boss leads to career as 'humor outcast' 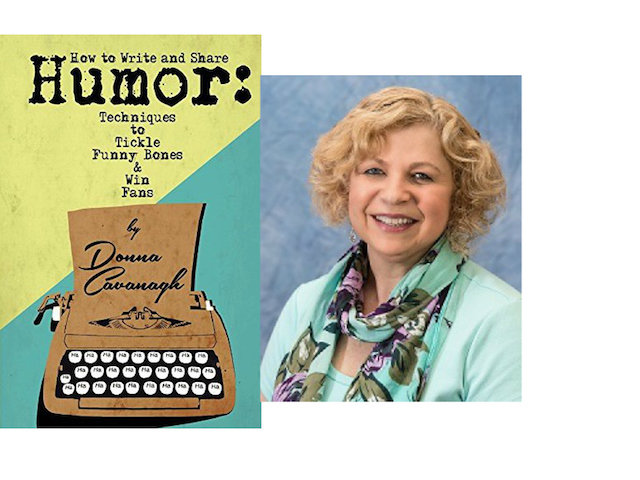 Donna Cavanagh, a former reporter for the Norristown Times Herald, is now the editor and founder of HumorOutcasts.com and HumorOutcasts Press, which has published an astonishing 70 humor books, enough to keep you thoroughly amused for years.

As editor and founder of HumorOutcasts.com and HumorOutcasts Press, Donna Cavanagh reigns supreme over her very own publishing fiefdom. How she arrived here is a culmination of a series of fortuitous events.

Growing up, teachers always told the East Norriton writer that her school papers were funny. But she was the “good girl” who left the cutting up to her more boisterous friends.

Later, she became a newspaper reporter for the Norristown Times Herald covering eastern Montgomery County. One year, just for giggles, she lightly skewered her boss in a piece she circulated at a holiday office party, and the punchline took an unexpected twist.

The editor asked her to appear at his office the next morning at 8:30 a.m. “Oh crap,'' she thought. But when she arrived, the boss man told her the piece was “really funny'' and also that ''We'd like you to start writing humor, too.''

A humorist was born. And though Cavanagh eventually left the paper to devote more time to her then-toddler daughter, she was soon writing a slice-of-life humor column for the Pottstown Mercury every other week.

The column made her a mini-celebrity among her daughter's school circle, and she recalls the time a plumber came to her house and recognized her from her picture in the paper. “None of this was planned,'' said Cavanagh, 55, her curly blonde hair framing her heart-shaped face, during an interview in her East Norriton home.

Opportunity continued to beget opportunity, and Cavanagh parlayed that first humor column into a five-year gig as the monthly humorist for “First for Women” magazine, with a monthly circulation then of 1.5 million. The job only ended after the magazine changed its editorial voice. “Humor was out, and cancer stories were in,'' said Cavanagh.

For the next 10 years, Cavanagh stayed busy transporting her daughter to softball and dance practice, eventually turning back to trying her hand at writing humor at Yahoo's predecessor, then called Associated Content. Frustrated with the site's heavy hand and what she perceived as a conservative “bent,” Cavanagh asked her husband to help create a website where she and her ''outcast'' writer friends could write uncensored.

In 2011, Cavanagh launched HumorOutcasts.com whose tagline touts it as “the place to take a humor break'' on the web. ''It shortens to HO, which is sometimes good and sometimes not,'' Cavanagh quipped.

Now approaching its seventh year, the website showcases the musings of about 100 professional and would-be humorists. Among those whose writings appear here are Brian Kiley, a writer for Conan O'Brien, and Jamie Reidy, whose book, “Hard Sell: The Evolution of a Viagra Salesman,'' was turned into the film, “Love and other Drugs,'' starring Jake Gyllenhaal.

HumorOutcasts.com has been so successful that it has propelled Cavanagh to found HumorOutcasts Press and two other imprints, Shorehouse Press and CornerOffice Press, where she has published about 70 books so far, including her own how-to book on writing humor. “It shows no sign of letting up,'' Cavanagh said of the website.

And that's not all; Cavanagh also appears at writing conferences giving tips on how to write humor. Last year she taught a humor writing course at the Philadelphia Writers' Conference, and this April she will present at the Erma Bombeck Writers' Workshop at the University of Dayton.

Cavanagh will quickly tell you that humor is subjective. It's also “not about the laugh-out-loud funny,'' she said. “It can just make people smile and feel better.''

Inside her home office where she publishes the website, there are no rubber chickens, no stack of humor books, no outward ode to humorists save an “I Love Lucy'' collectible Barbie still in the box.

But it's here that she pursues her passion. “Everything is about a love of writing,'' said Cavanagh, who sends a message to all would-be humorists out there: “Never give up on your dream because there are so many ways to get your stuff out there. And keep your day job while being patient.''