The Maguire Foundation has given $10 million to Woodmere Art Museum for St. Michael’s Hall - funding a major improvement to the institution and prompting it to rename the historic building. 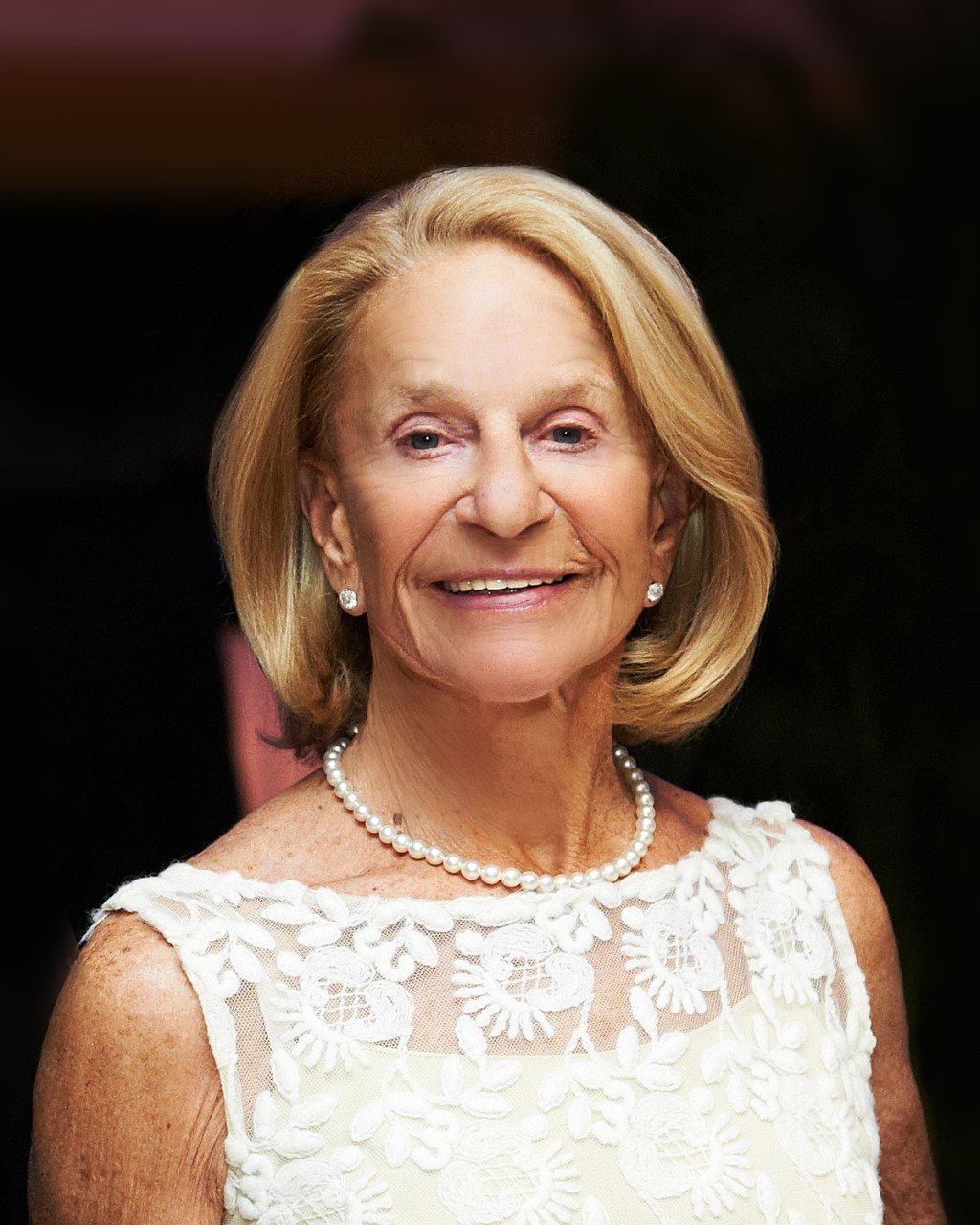 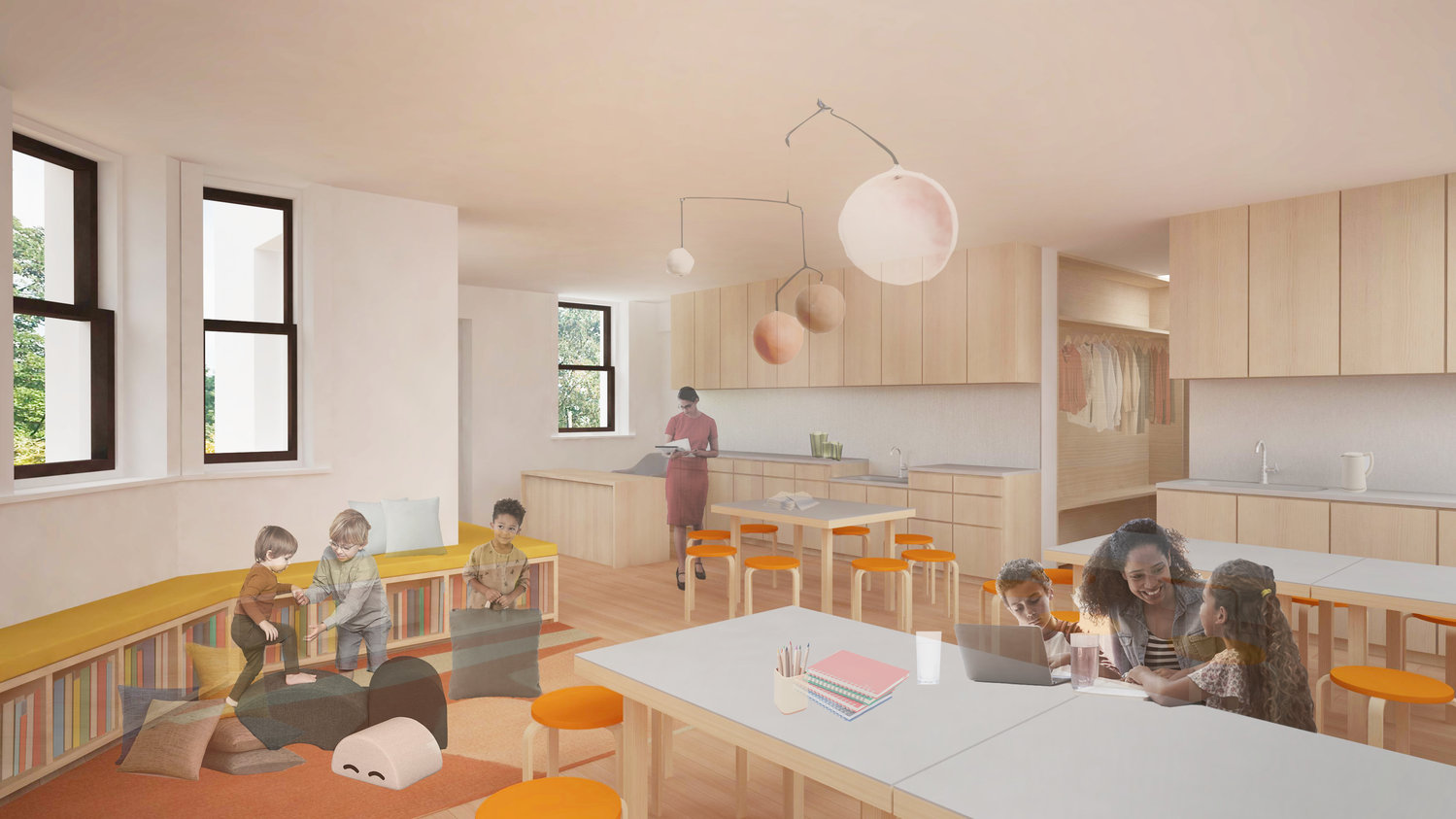 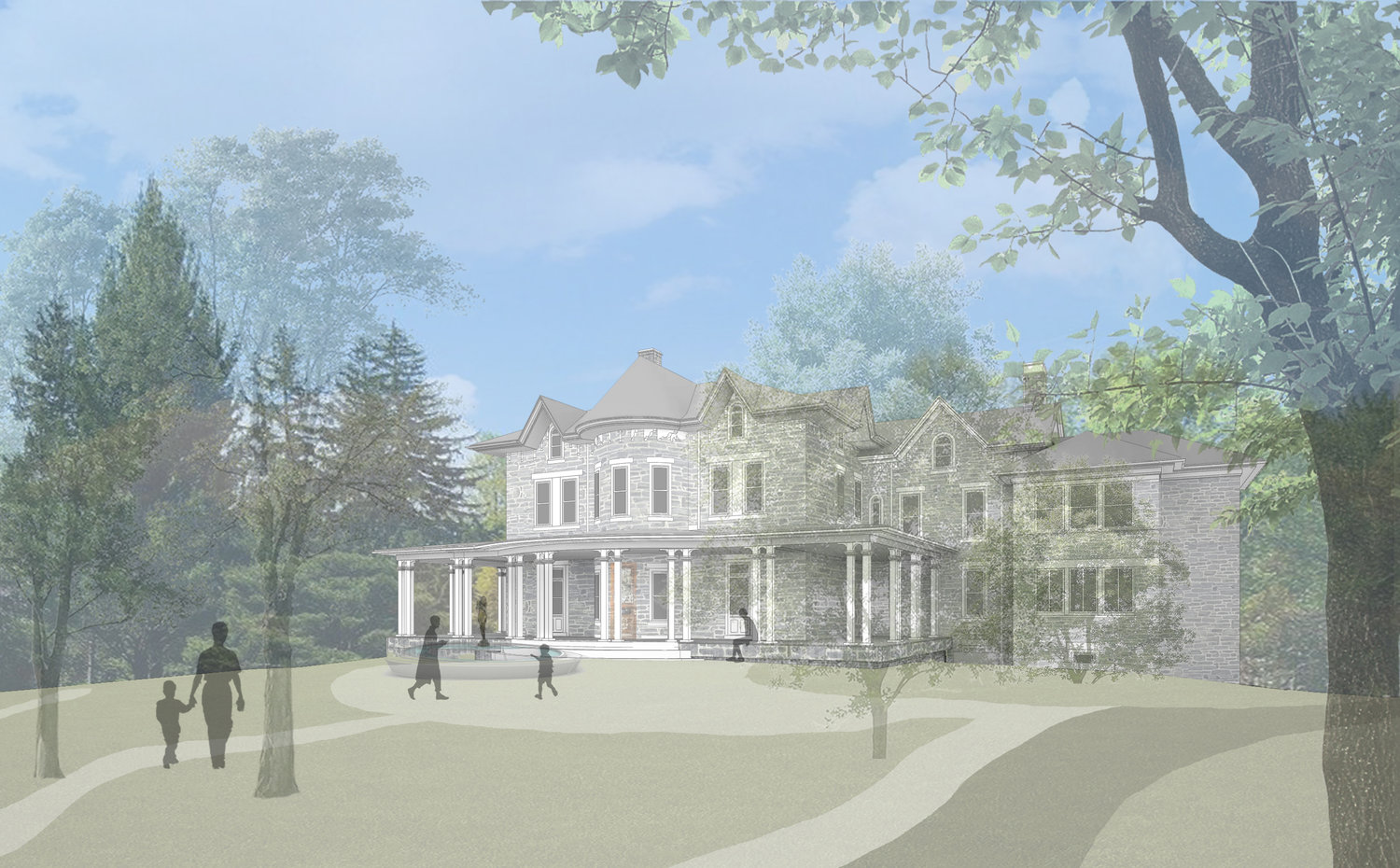 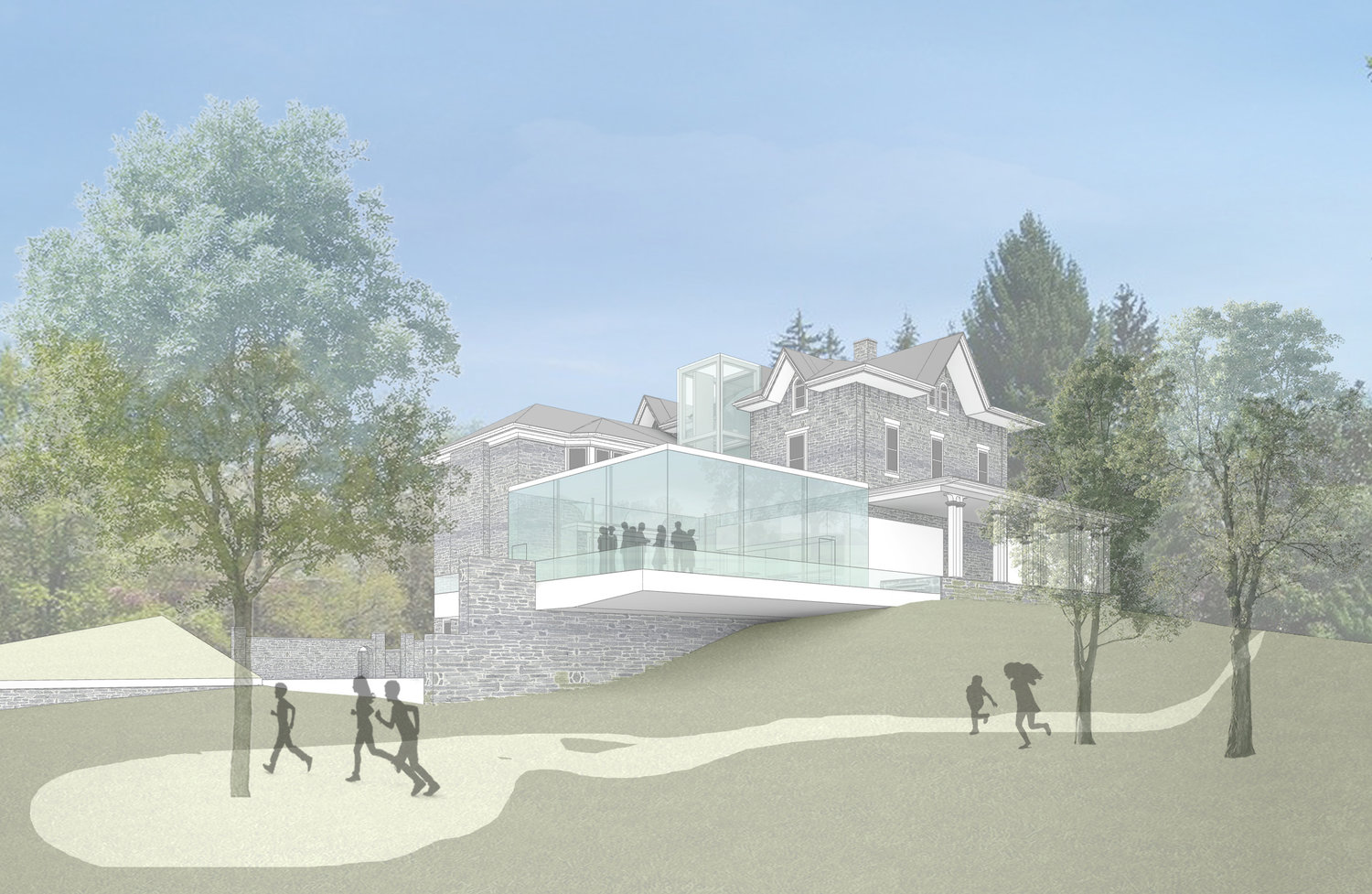 Rear view of the extior, with deck.
Previous Next
Posted Thursday, April 28, 2022 4:56 pm
by Carla Robinson

The Maguire Foundation has given $10 million to Woodmere Art Museum for St. Michael’s Hall - funding a major improvement to the institution and prompting it to rename the historic building the Frances M. Maguire Hall for Art and Education.

“The Maguire Foundation’s gift is a signature moment, not just for Woodmere but for Philadelphia and its community of artists,” said James Alexandre, chair of Woodmere’s board of trustees. “Woodmere is deeply honored to name the building Frances M. Maguire Hall.”

Woodmere first learned that the Sisters of Saint Joseph intended to sell the former Saint Michael’s Hall in March 2021, and by Oct. 2021 had raised the money to both buy and maintain it.

The money will fund renovation plans that include turning the generous parlors and bedrooms of the 19th century mansion into galleries for the museum’s permanent collection of works by Philadelphia’s artists, Valerio said, as well as a hands-on children’s art and education center, a museum café, and public programming spaces.

“This gift is transformative,” Valerio said. “Woodmere’s holdings of approximately 9,500 works stand as one of the important collections of American art, and this will become evident as never before.

“Most of the 17,000 square feet of the new building will be galleries and public spaces, and the new Love Kids Art Center will also be a game changer, expanding our capacity to serve Philadelphia’s schoolchildren and families,” Valerio said.

According to Valerio, architectural planning and review are underway, construction will begin  in early 2023 and the newly-named Frances M. Maguire Hall is scheduled to open to the public in fall 2024.

Among the parts of Woodmere’s collection that will be housed in the new hall are Philadelphia’s unique configuration of American Impressionism; Violet Oakley and the Red Rose Girls; Arthur B. Carles and Philadelphia’s modernism; figurative realism in 20th century Philadelphia; and the multicultural spectrum of the city’s art today.

Woodmere’s main building will continue to be the location for galleries of  19th century art (including its collection of Hudson River paintings), special exhibitions, children’s art, and for the Museum Store and staff offices.

According to Valerio, Woodmere served more than 10,000 children a year in school programs and family activities prior to the pandemic, and had an overall visitation that stood at about 50,000. The new building will certainly expand upon that, he said.

Sister Karen Dietrich, who represented the Sisters of Saint Joseph in the sale of the building, said she expects Woodmere to be a “wonderful steward” of the property.

“The Sisters’ land ethic commits to preserving and treasuring the earth, and Woodmere certainly shares those values,” she said. “We all look forward to seeing Woodmere’s infusion of the creative spirit of Mrs. Maguire all through the building and across its landscape.”

Frances M. Maguire (1935–2020) was an artist and philanthropist, who, with her husband James J. Maguire, founded the Maguire Foundation. She served on Woodmere’s Board of Trustees from 1989 through 1995, thereafter serving continuously as an emeritus trustee and as a member of its Collection Management Committee.

Known to family and friends and throughout the art community as Frannie, she believed that art opens the mind and the soul, promoting spiritual health and self-expression. She was especially focused on opportunities for children’s art education.

“My mother saw the world through the unique eyes of an artist and found beauty in surprising places, where no other person did,” said Megan Maguire Nicoletti, one of Frances and James Maguire’s children and the CEO of the Maguire Foundation. “She shared her love of the arts with every member of our family and with any person she came to know. In creating Frances M. Maguire Hall and supporting Woodmere, we are assuring that her legacy is shared with current and future generations.”

Valerio credits Maguire with a unique vision - one that had been a great help to Woodmere even before this gift.

“As a collector, Frannie had a great eye — the eye of an artist — and her taste was adventurous,” he said. “For example, she was instantly passionate about the work of Jonathan Lyndon Chase, an artist who pushes the envelope in so many interesting ways, and as a result has become well known. Thanks to Frannie, Woodmere acquired an important, large painting by Chase. I look forward to seeing it installed on the walls of the building that is named for her.”

By purchasing the estate, Woodmere has prevented commercial development of the site, which was zoned for as many as 23 single-family houses.

Woodmere will also preserve the open greenspace and address the environmental imperatives associated with its location at the center of the Wissahickon Watershed, which is estimated to provide between 15 and 20 percent of Philadelphia’s drinking water.

Matthew Baird Architects of New York City and Mount Desert Island, Maine, will be the lead architect. The firm, known widely for its arts and residential commissions, has been working with Woodmere for a number of years on master planning.

The Maguire Foundation is committed to improving the quality of life for people and educating the next generation of leaders. Founded by James J. and Frances M. Maguire and grounded in the teachings of Saint Ignatius Loyola that we are men and women for others, the foundation invests in education, arts and humanities, and the relief of hunger and homelessness.