Susan holds a master’s degree in education from Arcadia University and has taught in Philadelphia inner-city elementary and middle schools for 15 years.[/caption] by Len Lear Susan Love’s own … 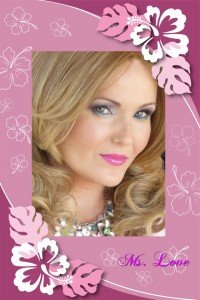 Susan holds a master’s degree in education from Arcadia University and has taught in Philadelphia inner-city elementary and middle schools for 15 years.[/caption]

Susan Love’s own childhood was not easy. At five years old, she was rescued from a fire and placed in foster care for the remainder of her youth, where she was verbally abused for years. Devastated, she began to write stories to provide the comfort she was not getting elsewhere.

After graduating from Allentown’s Cedar Crest College, Love interned as a juvenile probation officer, was employed as a developmental specialist with a human services firm and supervised a YMCA after-school program. (When asked if Love was her real birth name, she said, “This is a painful question to answer. What I can do is assure you that Love is my legal name, and I would like to leave it at that.”)

Susan, 45, who played the violin as a teen and was a gymnast and water skier, holds a master’s degree in education from Arcadia University and has taught in Philadelphia inner-city elementary and middle schools for 15 years. She currently teaches writing at Patterson Elementary School in Southwest Philadelphia. She has also worked as an actress and dancer and was a model for eye makeup ads.

How tough is it teaching in inner-city public schools? “The schools don’t have enough staff, and sometimes teachers don’t get the support they need,” said Love. “My advice to any teacher is to expect no support in the school and let it be a pleasant surprise when you do receive it. Learn to be as independent and self-sufficient as possible. This will only make any teacher become empowered.”

Love has also become empowered by creating an animated e-book adventure, “Ms. Love’s Mystical Island Adventure,” which shows and tells the story of four pre-teens who must save a magical, earth-protecting orchid from both a massive hurricane and greedy rulers who want to steal the island’s power source.

Selected for a trip to the orchid’s island, Sabrina, Arthur, Miguel and Lucy thought they were in for the science lesson of a lifetime. Fate requires them to also help the island’s magical caretakers solve riddles and puzzles that lead to hidden petals of a crystal flower. Only if the crystal petals are reassembled can the orchid – and the planet – be saved.

“Ms. Love’s Mystical Island Adventure” was written not only to entertain, said Susan last week, but also to bridge the gap between the elaborately illustrated picture books children first read and the chapter books of mostly text to which they transition at about the age of 8.

“Many of my middle school students are visual learners with great imagination,” she said. “I realized they weren’t ready yet to let go of illustrations that embellish the story line and assist in comprehension.”

Since we are now living in an electronic age, Love decided to create a state-of-the-art bridge between picture and “text” books by digitally animating customized illustrations. Response to the book, which is now available on all major eBook readers, “has been beyond my wildest expectations,” she insisted.

The genesis of Susan Love’s bridge book was her own island adventure. She was on a restorative summer vacation in the Caribbean, lamenting to a stranger about the struggle of reaching students who lived with the stress of high-crime neighborhoods and whose parents have no time to get involved at school.

The stranger remarked that unlike Love, most of her students could not escape their circumstances on an island vacation. Her classroom had to be their island. “She was speaking metaphorically, but I literally transformed my classroom into an island,” Love said.

That fall, her students returned to a large, thatched umbrella inviting them to sit at the table and chairs beneath. On the walls were tropical scenes, with festive rainbow-colored streamers and island flowers everywhere, and there was even a real rock waterfall.

Beneath the umbrella the students wrote island adventures featuring themselves and their teacher. “My students inspired me to write my own island story that would include all of us,” said Love, who had a spectacular book launch event on Sept. 14, attended by over 250 people, at Sister Cities Park in South Philadelphia.

“I worked 11 years on my children’s book project with no pay,” said the author, who now lives in Northeast Philly. “To finally come to the day when I could celebrate the birth of the book was a feeling I cannot describe. My team (Audio Gods) did a beautiful job setting up the stage with a top-notch sound system and lighting equipment.

“To celebrate my magical adventure children’s animated eBook was a class act magic show performed by Anthony Salazar and his assistant, Ashley. The crowd loved the magic show that featured illustrations and animations from my animated eBook. The children who participated on stage were so endearing, and the light show and animated fireworks at the end left everyone in awe.”

Susan will have a “Meet the Author” event on Saturday, Jan. 17, 1 to 5 p.m., at Barnes and Noble Book Store, 102 Park Ave. in Willow Grove, across from the Willow Grove Mall. There will also be a professional magician there and much more.

“Now that my exciting adventure is on the market,” said Susan, “I have a chance at achieving a lot of sales, and with that money I would build an incredible school for homeless and abused foster children. That to me would be the greatest thing I could ever do for humanity.”