Local singer/songwriter ready to blast off at Pastorius

Christine Havrilla, who has 12 albums, 3 EPs and over 15 years of local and national touring under her musical belt, is known for bringing her “well-built, catchy, smart tunes” (Upstage Magazine) …

Local singer/songwriter ready to blast off at Pastorius 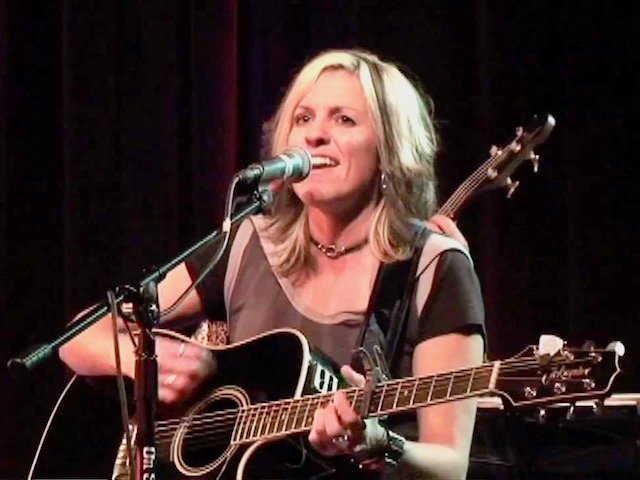 Christine Havrilla, who has 12 albums, 3 EPs and over 15 years of local and national touring under her musical belt, is known for bringing her “well-built, catchy, smart tunes” (Upstage Magazine) to audiences.[/caption]

If you go to the weekly Pastorius Park outdoor concert on Wednesday, July 17, starting at 7:30 p.m., you are in for a treat. You probably should not wear socks because if you do, singer/songwriter Christine Havrilla and her band, Gypsy Fuzz, will knock them right off.

Most people attending any concert will want to know what genre of music they’ll be hearing – classical, rock, jazz, blues, country, folk, etc. For Havrilla that is a problem because her music cannot be pigeonholed. It is a spicy gumbo of many different types of music, which she refers to as “Neofunkadelicfolkpoptwangrock.”

Self-taught from the age of 5 and growing up in Pottstown with a musical family, Havrilla wins crowds over wherever she goes with her musical innovation, heartfelt lyrics and her guitar a mere extension of herself. (She has also lived in King of Prussia, Conshohocken, Havertown and Bryn Mawr and currently resides in Milton, Delaware.) At Pastorius Park she will have a full band, including Keith Giosa on bass, Dan Kauffman on electric guitar, Rob Schnell on drums and Gretchen Schultz on backing vocals.

Havrilla also composed and performed the music for the Johnny Cash Franklin Bible Session, a spoken word recording, and had the song "Sing" chosen for the GoGirls 2005 Radio Compilation CD, “Hole in the Ground.” in 2007. She has also donated through her music to local nonprofit groups helping abused women, homeless shelters, animal cruelty and to national fundraising organizations such as The American Cancer Society, Musicians on Call, The American Foundation for Suicide Prevention, et al.

Havrilla released a new album in March of this year with Gypsy Fuzz, called “Sunless Escapade.” She previously released a series of "Live Sessions" in 2014-2017, which included long-time fan favorites as well as new songs with Gypsy Fuzz. Recorded in numerous settings such as living rooms, a recording studio with a live audience, an old church, etc., these volumes captured the soulful vibes and spontaneous energy that she brings to the stage.

Havrilla, who has 12 albums, 3 EPs and over 15 years of touring under her musical belt, is known for bringing her “well-built, catchy, smart tunes” (Upstage Magazine) to audiences, touring nationally as a solo act as well as with Gypsy Fuzz. In recent years, she has performed in such local venues as World Café Live, Steel City, Godfrey Daniels, Burlap and Bean, John and Peter’s, Rockwood Music Hall, The Tin Pan, etc.

What’s Up Magazine exclaims, “Christine breaks out the gasoline and sets fire to the typical Roots/Folk genre with blazing guitars.”

Ed Kiggins of inD Round raves, “Christine is one of the hardest working women in music. With her child prodigy-come-of-age guitar virtuosity, a supremely passionate and emotive voice and an arsenal of wondersongs that have endeared her to a loving and devoted audience, she is in a class all her own.”

Michael McKenna at Steel Notes Magazine agrees: “This ambitious Philly native manifests her talent in certain ways that allow her to create eclectic music which will grab your heart and leave a lasting memory … This album (Vol. 2 The Sunset Sessions) just defies description. It’s hot, tight, precise and just plain kickass. If I were still programming radio, I’d be all over this! My recommendation is to go hear the band live, buy the CD and experience what I have just heard. I give this TWO THUMBS UP!”

For more information about Havrilla, visit ChristineHavrilla.com. Pastorius Park is at the corner of Millman Street and Hartwell Lane. If it rains, the show will move to Springside Chestnut Hill Academy’s Chapel at the Inn, 500 W. Willow Grove Ave. The free Pastorius Park Summer Concert Series is supported by both the Chestnut Hill Community Association and the main sponsor, Chestnut Hill Hospital.