Local restaurateur opening another one in East Africa

Local restaurateur opening another one in East Africa 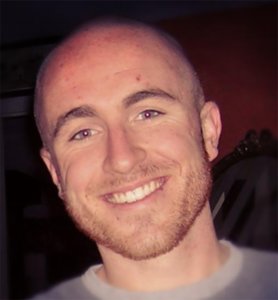 Bryn Davis is a young man with Bill Gates-like ambitions. At age 33, he already owns area Bryn & Dane’s fast-casual restaurants and food outlets in Plymouth Meeting, Horsham, Ambler (in the YMCA) and Bryn Mawr. He says he will soon be opening more in Malvern and at the Franklin Residences, 834 Chestnut St. in center city.

But that is only the beginning. Bryn insists he will eventually have more than 100 restaurants all over the U.S. and many more in Africa, the first of which he says will open in 2018 in Entebbe, Uganda! Through a community center in Entebbe, Bryn met some well-educated and highly motivated local young people this year who wanted to create a business. Their original concept was a modest cafe.

"The idea is to give the people not only access to affordable healthy food ... but also to bring a viable business into the community," said Bryn. "We're literally incubating the concept of starting a real business to a population who have grown up in a subsistence economy, where the thought of starting an organized money-making venture is like traveling to the moon."

Davis’ own journey has also been almost as unlikely as a trip to the moon. He grew up in Horsham, nowhere near the lap of luxury. He went to public schools and earned a marketing degree in 2008 from Elizabethtown College, which no one has ever mistaken for Harvard or Princeton. When he entered college, he weighed a fit 170 pounds, but after a steady diet of pizza, hoagies, French fries, ice cream, etc., he had ballooned to 240 pounds by his junior year.

Bryn realized that if he did not start eating a much healthier diet, he would probably be spending more time and energy dealing with diseases related to obesity than building a successful business. So Davis did a Google search for “healthy fast food” that a non-privileged college student could actually afford. He insists that he came up empty, but this depressing finding was actually an “ah-ha” moment. He realized that maybe he could be the one to create an empire of fast food that was actually healthy as well. Of course that takes start-up money, which Bryn did not have. And since the economy in 2008 had virtually collapsed, banks were not lining up to help Bryn pursue his dream.

So Bryn got a job working on his grandfather's farm for $12,000 a year, supplemented by the income from three part-time jobs — at Starbucks, a pizza shop and as a driver. After one year of non-stop labor, he was able to take over the lease of a defunct business in a strip center in Horsham, allowing him to lease space for three years, with the first seven months free of charge. Thus, in March of 2010 he opened Bryn & Dane's in Horsham, offering different types of popcorn, smoothies and coffee, all marked on a blackboard because he could not afford to buy menus. (Dane is Bryn's brother, now 17, who has nothing to do with the business but has always been a source of moral support.)

That summer, with help from Michael Croce, the son of former Philadelphia 76ers president Pat Croce, Bryn was also able to run a pop-up location on the boardwalk in Ocean City, NJ. “That summer we kind of exploded in Horsham with lines out the door,” said Davis, who eventually built up enough equity and credibility to attract outside investors, enabling him to move to a much bigger location in Horsham and also eventually open others in Plymouth Meeting, Ambler and Bryn Mawr Village, a kind of mini-mall. (With a name like Bryn, how could he not open in Bryn Mawr?)

Bryn & Dane's, which is BYOB, offers lots of salads, wraps, soups, sides, etc., and every dish is less than $10. You order your food from touch-screen monitors on the wall, and the portions are quite ample. There were lots of college students when we visited the one in Bryn Mawr recently. They can seat about 30 indoors at blonde wood tables and up to 16 at four outdoor tables. Everything we tasted was excellent, although it was definitely not delivered fast, possibly because they were so new.

"As Bryn & Dane's grows across North America,” said Bryn, “I envision places like this first experiment in Entebbe spreading throughout central Africa. Our Big Brother stores in America will be helping out our Little Brother locations in Africa and potentially elsewhere in the emerging world. We'll be feeding people good quality local ingredients ... not exporting junk food to Africa. And we'll be helping our 'partners' and their communities economically. These Bryn & Dane's will be their businesses, generating income, jobs and a strong sense of potential for building a future."