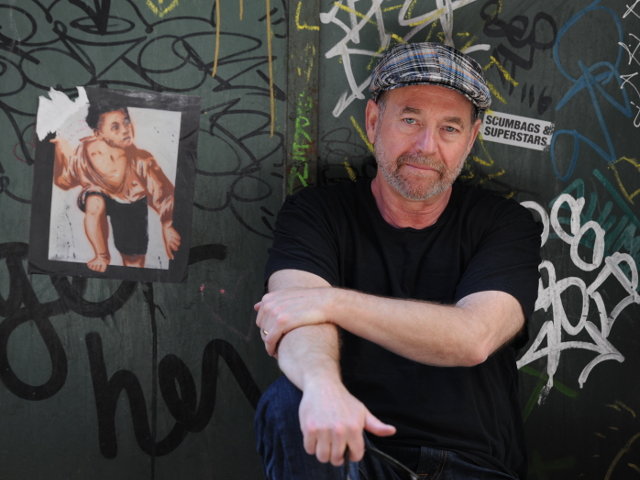 Mendicino, 61, a graduate of the University of Pennsylvania (1972) and the University of North Carolina School of Law (1988), will discuss his double career as a lawyer and highly regarded writer and sign books at Big Blue Marble Bookstore, 551 Carpenter Lane in West Mt. Airy, on Saturday, Nov. 14, at 7 p.m.

One thing that would distinguish Mendicino from all of the above lawyer-novelists, though, is his use of gay characters.

“Crimes are sometimes committed, and hidden secrets are divulged,” Tom said last week, “but my books aren’t mysteries or procedurals. They aren’t erotica, but there’s plenty of sex. I’m frequently considered to be an ‘LGBT’ writer since many of my characters are, like myself, gay.”

Tom, who wrote one previous novel and three e-novellas before “Carpenter,” is also extraordinarily modest, considering the ethereal quality of his writing.

“My sentences are too short, and my paragraphs don’t include enough lofty metaphors,” he insists. (He has good company in Ernest Hemingway, Mark Twain and J.D. Salinger, among others.) “And while my numbers are healthy, I don’t sell enough books to be considered ‘commercial.’ But every ‘brand’ needs a label, so I’ll call myself a simple ‘storyteller,’ as a blogger once pegged me, with an insatiable curiosity about the profound uniqueness of each of our seemingly unremarkable lives.”

Mendicino, who lives in the Point Breeze section of South Philly, is still practicing law full-time, representing an area health care system in employment and medical staff matters. “One of the most engaging cases I’ve worked on was representing a university that had revoked a medical degree. Some of the most interesting challenges occurred when I was representing a psychiatric facility in arbitrations where the union sought to reinstate terminated employees …

“I always have had an overactive (some would say lurid) imagination, but I had never given any thought to writing fiction until a friend at Penn convinced me to take Jerre Mangione’s creative writing seminar, “ he said. “Mangione didn’t believe you could teach writing (and neither do I), but he took an immediate liking to me because of our shared ethnicity. The canon of the Italian-American immigration experience isn’t very deep (‘The Godfather’ and its ilk, notwithstanding), and there seems to be an impression that Italians not only don’t write but that we don’t read. (We sing, of course, Sinatra being universally acknowledged as the greatest paesano of the last century. And we’re legendary ball players like the great DiMaggio and Yogi Berra.) So whether I had talent or not, he was determined to encourage me. (I recently recommended five books on the Italian-American experience in the Five Best Books column of The Wall Street Journal.)

“I drifted off into other interests and didn’t start again until sometime in the late ‘90s when a friend I’d worked with in the publishing industry and who has gone on to be wildly successful told me she was disappointed because she had always thought she would walk into a book store and pick up a novel with ‘by Tom Mendicino’ on the cover.”

“Eighth and Carpenter” tells the story of S. Gagliano & Son, a barber shop fixture in South Philly for decades. Frankie and Michael Gagliano’s Italian immigrant father – Luigi to his customers, Papa to his sons – presides over the store, enlisting his children as soon as they are big enough to use a broom. On their mother’s deathbed, 8-year-old Frankie swears that he and his little brother will always take care of each other, which is made much more difficult by their father’s violent outbursts and string of new wives.

Many years later an unthinkable, impulsive act will change everything between the brothers except their promise. Frankie will test Michael’s limits when something catastrophic happens in their family home at 8th and Carpenter, endangering his brother’s job as a lead prosecutor in Philadelphia and his family.