Mckeithan Owens said he was “headed down the wrong path” until February of 2011, but since then, “I have been walking with the Lord.”[/caption] by Brenda Lange When he first learned about … 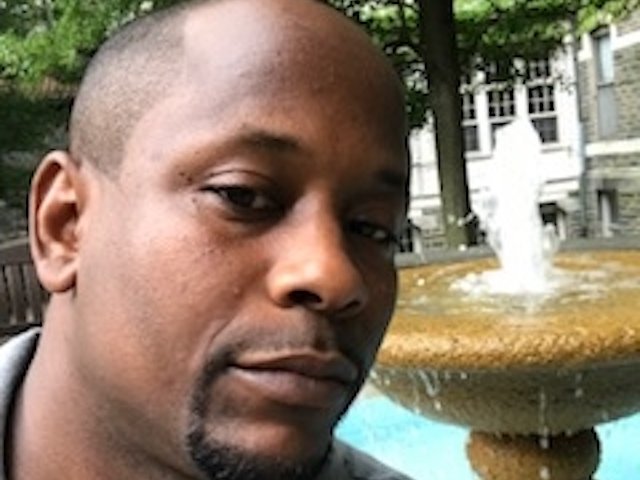 Mckeithan Owens said he was “headed down the wrong path” until February of 2011, but since then, “I have been walking with the Lord.”[/caption]

When he first learned about Chestnut Hill College, Mckeithan Owens, 42, believed it was God’s way of guiding him back to Catholic school. “The program fit so well,” he says. “It allows me to be who I am and write and talk about God.”

Owens, who grew up in Orange County, New York, but was brought to Philadelphia by his grandparents, is getting ready to graduate from Chestnut Hill College’s School of Continuing & Professional Services (SCPS) in May with a degree in Human Services and a minor in Psychology.

While earning that degree, he has been working as a full-time counselor at a Wedge Recovery Center in Philadelphia, where he works closely with people who have been adjudicated to the program. He accompanies them to court and updates the judge, who then makes decisions about the participant’s continued stay at the Wedge.

(Ed. Note: There are several Wedge Medical Centers. The name comes from the fact that the first one, which opened in January of 1994, was in a wedge-shaped building on the corner of 67th Street and North Broad. Today the Wedge Medical Centers employ over 200 staff members, who provide high-quality mental health and drug and alcohol services to those entrusted to its care, including those with serious opioid issues.)

Owens enjoys the work and believes it helps illustrate to those within the criminal justice system that not everyone is out to get them. “The judge and public defender and D.A. will work with them, and it shows them the system works in a positive way, not just a negative one.”

Owens worked his way up to this position, and then found out about the program with Community College of Philadelphia that would allow him to work as a counselor while earning an associate degree. He was able to transfer his credits to the program in SCPS, and now, nearing the end of his time at CHC, he is in a senior seminar course that he finds timely — Reconstruction of the African American Family.

“It’s about spending time with the family to build it back up; about forming healthy attachments; and disconnecting from unhealthy ones,” he explains. “No one is born inherently bad. What happened? Maybe it was a lack of education or an unaddressed traumatic experience.

“When I interact with people, it’s about listening, speaking with them with respect and empathy, building rapport and having relationships … to show them something they may not have had before or in a long time.”

Owens had his own struggles to work through before he could arrive at a point of helping others. “I had a spiritual awakening when my eldest daughter was about 7,” he explains. “I was headed down the wrong path until one day, when I looked into my daughter’s eyes and felt the Holy Spirit fall on me. I felt something leave me in that moment, and I haven’t had the desire to do anything but be identified with Christ since then. I have been walking with the Lord since Feb. 13, 2011. And I have dedicated myself to God, however He sees fit to use me.”