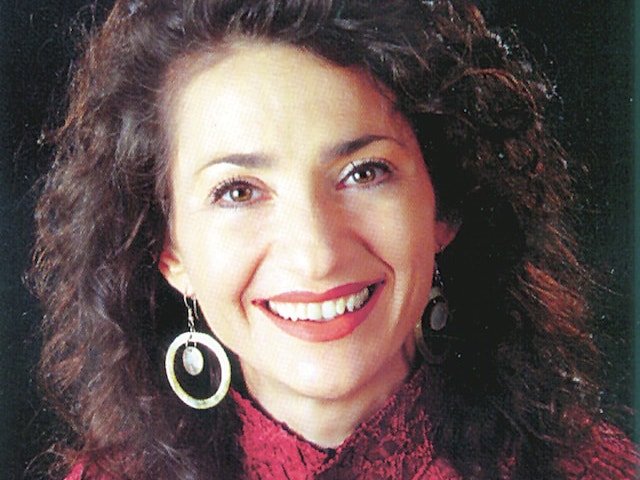 Jennifer Blaine will perform her one-woman world premiere, "The Vicissitudes of Travel," Sept. 10, 3 p.m.; Sept. 16, 7:30 p.m. and Sept. 22, 7:30 and 10 p.m. at the Philadelphia Ethical Society, 1906 Rittenhouse Sq. in Center City. The Philadelphia Daily News has called her "a comic genius, like Lily Tomlin and Tracey Ullman." More information at www.jenniferblaine.com.[/caption]

The 2017 Fringe Festival is bound to produce countless pieces of original, non-traditional, creative theatrical productions, as it does every year, but I'm sure that none will be more compelling than Jennifer Blaine's one-woman world premiere, “The Vicissitudes of Travel,” which she will perform Sept. 10, 3 p.m.; Sept. 16, 7:30 p.m., and Sept. 22, 7:30 and 10 p.m., at the Philadelphia Ethical Society, 1906 Rittenhouse Sq. in Center City.

The brilliant Mt. Airy native has created numerous offbeat characters in the manner of Saturday Night Live's Kristin Wiig or Gilda Radner. The Philadelphia Daily News has called her “a comic genius, like Lily Tomlin and Tracey Ullman.” The show was co-written and will be directed by Barrymore Award winner Karen Getz, whose work has been called “truly a transcendent experience” by the late, lamented Philadelphia City Paper.

Jennifer, 47, who has been performing one-woman multi-character shows for 22 years, is a Philadelphia Fringe Festival favorite, having created original works for 14 previous festivals, including, most recently, a sold-out run of her show, “Dirty Joke,” in 2013. She has performed with the likes of Chris Rock, George Carlin, Joe Piscopo, Joanne Woodward and Paul Newman and has performed on Broadway and at The Kimmel Center and The Annenberg Center for the Arts, among others. She is the founder and producer for “5,000 Women,” which supports and launches original work of female performance artists.

“My first original character came from meeting a friend of mine in England,” Jennifer told us in an interview last week. “She had just lost her lover in a freak health event, and she told me her story. With her permission I made her into a stock character of mine, Gina 'The English Lesbian Widow.' This title often gets a laugh, but Gina the character has always been able to cut through the arbitrary strictures of society and criticize systems that don't work. That's a useful character to have as a comedian.”

In “The Vicissitudes of Travel,” Blaine's character, “Sister,” is desperate to hold onto the brother she loves, so she charters a guided tour bus through his brain surgery to “capture” him before it’s too late. Jennifer plays many characters, including Sister, Mother, Father, Child, Uncle, Guide, Brain Tumor and Brother.

What is Jennifer's favorite character of the dozens she has created? “I love all my characters. In this new show, there are several characters that I deeply enjoy performing. The Brain Tumor is an unlikely anti-hero who has a perspective about the preciousness of our lives that only he can articulate ... I have gotten the most laughs from my character, Ruth, an elderly woman who tells dirty jokes. She gets away with a lot.”

How did Jennifer's parents feel about her pursuing playwriting/acting as a career? “No one was happy about it at first because it's such a challenging lifestyle that has zero guarantees or stability. I am an extremely determined person, though, and knew I had to pursue it. After a dozen years or so, I invited my dad to start editing my scripts and weighing in on ideas. We laughed so much together!

“He is a brilliant novelist and short story writer, and I think he started to absolutely love how I was using humor as a tool to craft a story. My mother was always more supportive because she IS supportive. She attended a show I did at The Open Stage of Harrisburg in 2004 and was amazed at how my material connected with an audience that didn't know me at all. She was so delighted. It's great to have them in my corner.”

Not surprisingly, “Vicissitudes” has autobiographical elements. “The show is emotionally true to my experience,” said Jennifer, “but we invented a lot in order to be able to deliver the essence of what it's like to have someone you love have a compromised brain. All that we hold precious could be lost. We all go through that bus ride at some point in our lives.”

Jennifer considers her greatest achievement “how I listen to the audience ... Someone once told me I am like a jazz musician. I love the music of the words, and I challenge myself to be magical with them in a new way every time.”

After each performance of “Vicissitudes,” attendees are invited to hang out and “gently decompress” and connect in informal conversation. Jennifer Blaine is also a member of the American Counseling Association and a certified “transformational coach.”