Thank you to the Chestnut Hill Business Association for organizing a wonderful Fall for the Arts Festival again this year.  Unfortunately, the event ended early for my grandson. 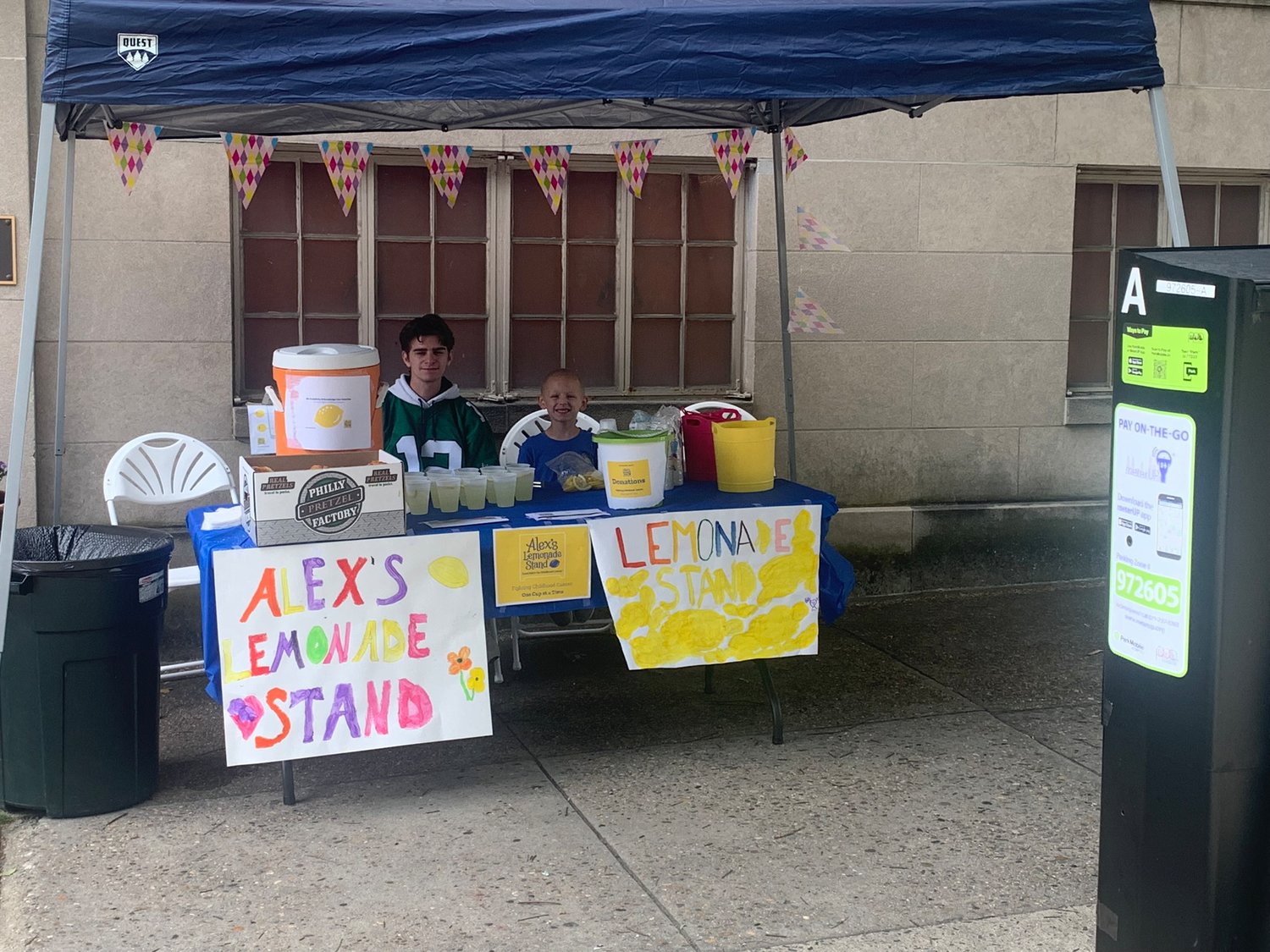 KJ (right) and his cousin John collected donations for the Alex’s Lemonade Stand Foundation during the Fall for the Arts Festival - until city officials shut them down.
Posted Thursday, September 29, 2022 12:00 am

Thank you to the Chestnut Hill Business Association for organizing a wonderful Fall for the Arts Festival again this year.  Unfortunately, the event ended early, for some due to a rapid storm, but for my grandson, due to what seems like regulation overreach and ultimately a lack of compassion and love for fellow man.

My grandson, KJ, was diagnosed with a Wilms’ tumor in March of 2022, just before his 5th birthday. He had a kidney removed and has been undergoing chemo at CHOP for the past 7 months.  His final treatment was last week on Sept 19.  He’s also excited to be just starting kindergarten.  He had a wish to help the people who helped him and wanted to host his own Alex’s Lemonade Stand to honor the doctors and nurses at Children’s Hospital of Philadelphia who helped him through this, while raising funds and awareness for pediatric cancer research and the Alex’s Lemonade Stand  Foundation for Childhood Cancer.

I’m the current president of the Venetian Social Club, a private nonprofit club on Germantown Avenue serving the Chestnut Hill Community since 1924. We are a volunteer-run organization and unfortunately missed the application deadline to become a “vendor” in this year's event.  Over the years, we’ve provided food, beverages and sponsored live music and entertainment (at no cost to the CHBA) for many of these festivals in support of our cherished community.

Since the club was not able to host this year, we saw an opportunity for KJ to honor those who supported him through his journey and have him use the Venetian Club sidewalk for his fundraiser. KJ came early, made lemonade, set up his table and offered free lemonade and soft pretzels while collecting donations, working with his older cousin John.

Around 2:15 p.m., two city Health Department officials arrived and told KJ to “shut it down”. They advised they would not leave until everything was dismantled. We immediately closed the stand.  It’s troubling that our Philadelphia police, who have one of the toughest jobs in our city, were dispatched to our location about 10 minutes later to ensure everything remained shut down.

There was no option for KJ to remediate any health concerns. This easily could’ve been done, even though the stand was technically not part of the festival. He wasn’t selling anything, just collecting donations and raising awareness for pediatric cancer research conducted on a private property.

The Venetian Club would’ve donated a sneeze-guard to cover lemonade cups if it was known that it was needed for a child’s lemonade stand. We also own a washstand  bought years ago specifically to display on the Avenue for any spring and fall fests to comply with “code.”  There was no opportunity to do so. The only option was to “shut it down,”

Thank you to all of the people in the community who shared their personal stories and supported this worthwhile cause for about an hour and 20 minutes on Sunday! By the time KJ was shut down, he had raised over $500 for the foundation. I am so proud of his work and it’s a testament to the character of our community. This is why I love the Chestnut Hill community.

A woman from neighboring Wyndmoor pointed out a difference that day.  Her daughter held a lemonade stand at home.  Over there, Springfield’s Finest stopped by and bought a glass of lemonade. Hearing that gave me a moment  of introspection and I worry about where our society is headed.

I totally understand the role of public health officials in preventing foodborne illness.  Personally, this was a very humiliating experience and more importantly I am embarrassed for my grandsons.  I can only hope this is not a reflection of the society we are becoming, where love and compassion are considered less important than technicalities and regulations imposed by society.

Letter: Thank you, Temple and CHH