This photo represents a process used by Churchman to restore old photos or film. The piece of equipment used to accomplish this costs $1.2 million new. (Normally the subject of an article appears in … 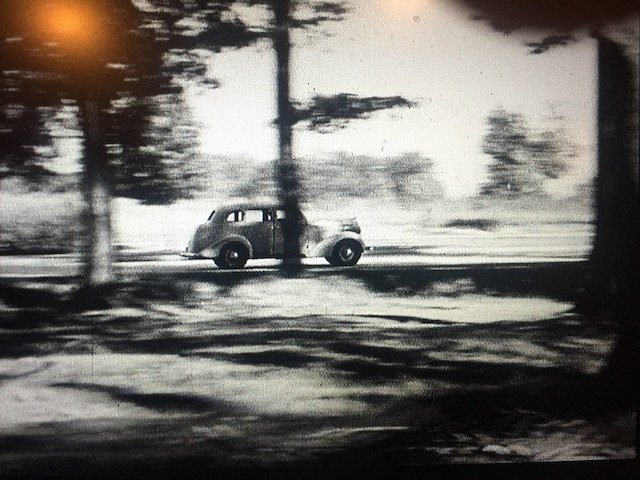 This photo represents a process used by Churchman to restore old photos or film. The piece of equipment used to accomplish this costs $1.2 million new. (Normally the subject of an article appears in a photo accompanying our article, but Churchman asked not to be in a photo with this article.)

In view of the rise in technology and social media, rarely nowadays do we find ourselves in the predicament of losing our precious photos or video without having some kind of backup method to retrieve them.

Equipped with hard drives, memory sticks, Facebook and tools like the infamous Cloud, for better or for worse, most of us know that our own personal mementos live in multiple digital copies. Which is why the average millennial might find it difficult to truly appreciate the work of Charlie Churchman, 69, owner of TelecineService.

Churchman has been restoring and transferring damaged and fragile old film and video for archivists, film librarians, documentarians and individuals in a converted barn off Germantown Pike in Lafayette Hill for several decades.

Oftentimes, the video or film Churchman is given to restore is the only version in existence. “Nobody when they made a film or a videotape thought they might want to play it 40, 50, 80 years later,” said the video maven, who was born and raised in Lafayette Hill. “When you have a deteriorating, decomposing film, you can’t call up the processing plant and say send me a new print. You have to do what you can to get it to run.”

Smithsonian magazine recently did a piece on Churchman, calling him a “video savant … a self-taught engineer who can transform strips of moldy, decades-old videotape into crisp digital images.”

“It’s not something that anybody can do, and it is rewarding to see a machine that you put a lot of hours and guts into playing it so well. I could’ve retired years ago, but I think that I’d be taking a dirt nap if I did that.”

Churchman’s passion for his career began locally when his friend snuck him up to the projector room of the old movie theater where he used to work.

“One of the first movies I saw was at The Hill Theater (on the 8300 block of Germantown Avenue), where the phone company is now. A friend of mine was an usher there, and I would ask him to take me upstairs. The minute I saw these antique projectors from the '30s, I was hooked.”

From there, Churchman, who had always been an avid movie industry fan, continued to learn more about the film editing process. “When I was in the service, I did instruction in electronics. I also ran the movie, which cost $3.50 to run it for the night.”

Churchman begins his process by warming the tape in an incubator he bought secondhand. The incubator bakes out the moisture that can ruin old videotapes. Another machine removes dust, rust and mold. “The stuff that I have sitting around here when it was new would total around $15 million,” said Churchman, though he is quick to add that he didn’t get it all at one time. “My advantage is I bought a lot of items either from bankrupt companies or equipment that was broken, so I was able to get it very cheap.”

And there’s no hope of acquiring these machines new at the local Best Buy or Apple store. “The formats that I’m playing to get the stuff has to be old. A two-inch videotape is what they used for television back in the '50s through the '80s, so you have to use a 40-year-old machine to play it. There is no such thing as a two-inch machine,” said Churchman.

When asked what kinds of challenges Churchman faces in his line of work, his response is “They're endless. Usually it is not equipment-related problems because we keep our stuff in better than new condition. There’s a lot of adjustments and finessing of the machine to get it to play stuff that normally would’ve been thrown out years ago.”

Churchman’s advice to anyone storing film in his/her own home is to keep it in a dry and comfortable environment. Oftentimes people will put old film in the basement or attic, where temperatures can reach either extreme. “If you’re comfortable, then it’s comfortable,” he said.

However arduous the process can get, Church says it’s well worth the challenge. “A lot of times you’ll be able to play something that people gave up on, and the person who wants to see it is on his deathbed, and the film's all shriveled up. They just can’t play it, so getting it to be playable so the people can actually see it, I get pleasure from that.”

The Outdoor Gardeners gather to honor some of their members