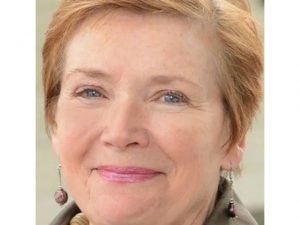 Joan “Penny” Colgan-Davis, 72, a noted Philadelphia educator and Quaker leader died June 19 of melanoma at her home in Mt. Airy.

Ms. Colgan-Davis was widely known for her progressive and innovative approach to education.

She began her teaching career at Miller Elementary School in Philadelphia, but when the city’s public school teachers went on strike in 1973, partly over excessive class size, and  the school district failed to remedy the situation, she joined the University City New School, a parent-run cooperative in West Philadelphia that featured student input, outdoor play and hands-on learning.

She retired in 2015 after serving as head of Frankford Friends School, a Quaker elementary school in the Frankford section of Philadelphia for 10 years.

Even in retirement, Ms. Colgan-Davis remained active in education. She recruited volunteers to reopen the library at Kelly Elementary School in Germantown that had closed in 2017.

Born in Wilmington, she was a graduate of Claymont High School in Delaware and Guilford College in Greensboro, N.C.

She was a member of the Germantown Monthly Meeting, becoming clerk of the meeting. She also became clerk of the Philadelphia Yearly Meeting, a body that organized Quaker meetings in Pennsylvania, New Jersey and Delaware.

She was an avid camper, bird watcher and gardener.

Ms. Colgan Davis is survived by her husband, John; a son, Evan; two brothers and a sister.

Memorial donations may be made to the Kelly School Library Fund, c/o Germantown Monthly Meeting at the above address; or to the Ridgeway Scheirer Fund for Peace and Justice, Philadelphia Yearly Meeting, 1515 Cherry St., Philadelphia, PA 19102. – WF