‘In Search of Quality’ at Hill Library Saturday

[caption id="attachment_3583" align="alignleft" width="270" caption="Robert Pirsig, now 83, author of the hugely influential book, “Zen and the Art of Motorcycle Maintenance: An Inquiry into …

‘In Search of Quality’ at Hill Library Saturday

[caption id="attachment_3583" align="alignleft" width="270" caption="Robert Pirsig, now 83, author of the hugely influential book, “Zen and the Art of Motorcycle Maintenance: An Inquiry into Values,” in seen here in 1968 with his son, Chris, at a rest stop near Breckenridge, North Dakota. Pirsig, now 83, was born in Minnesota. Chris was stabbed to death during a mugging in San Francisco in 1979. Pirsig, who now lives in New Hampshire, does not do interviews."] 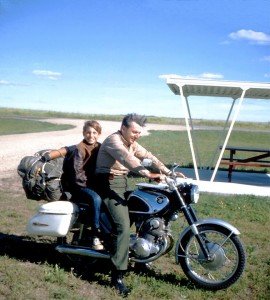 Caryl Johnston, a published author and poet and resident of Mt. Airy, will present a talk entitled “In Search of Quality” on Saturday, March 12, 2 p.m., at the Chestnut Hill Library, 8711 Germantown Ave. It is sponsored by The Philadelphia Forum for Anthroposophy.

Why do we keep doing things that are supposedly “reasonable,” even when they are no longer working? This is one of the questions author Robert Pirsig asked in his hugely influential book, “Zen and the Art of Motorcycle Maintenance: An Inquiry into Values,” which was published in 1974.  The book was extraordinarily popular and sold millions of copies in 23 languages.

The London Telegraph described it as “the most widely read philosophy book, ever.” The title of the book is somewhat misleading: it’s not much about motorcycles, and even less about Zen.  It’s about a search for the Good, and could be described as a philosophical odyssey to the roots of Western thinking. Pirsig called it the “Metaphysics of Quality.”

In 1991 the “Metaphysics of Quality” received a fuller philosophical treatment in “Lila, An Inquiry into Morals,” in which Pirsig laid out his philosophy in the form of an autobiographical novel about a boat trip down the Hudson River. He argued that the real division in the world is not between “Subjects” and “Objects” but in the distinction between “Dynamic” and “Static.”

Caryl Johnston will review Pirsig’s books, paying particular attention to his fourfold notion of Static Quality: inorganic, biological, social and intellectual. Understanding Static Quality and why it is important can lead to deeper understanding of our contemporary dilemmas and divisive social issues.

According to Johnston, “Pirsig’s ideas offer a way to talk about morals outside of the context of religion — but in a way that is not hostile to religion — and, in addition, they give us a way to talk about social dysfunction without talking about class, race or economics. Pirsig’s ‘Metaphysics of Quality’ challenges us to renew the dynamic attitude that is characteristic of America at its best, but in a way that honors the needs of society and the idea of the common good. 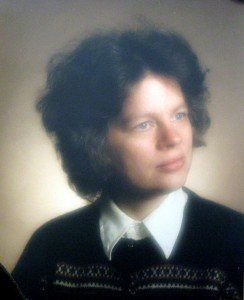 “Let’s take up Robert Pirsig’s challenge to develop a spiritualized rationality, Why has this invitation found few champions in the U.S. today? Might it be that our social disagreements benefit some at the expense of the many?”

Caryl Johnston studied philosophy in college and is the author of several books. Her book, “Consecrated Venom: The Serpent and the Tree of Knowledge,” was published in 2000 by Floris Books in Edinburgh, Scotland. In this book she argued that the Biblical Creation story in Genesis has an epistemology; that is, it tells us something important about the act of thinking.

Caryl has self-published a novel, “After the Crash (about peak oil);” a collection of stories,  “Earthly Nurturance” and a poetry collection, “Indulge Me Once,” all through www.lulu.com. Her memoir of Southern history, race and civil rights, “Stewards of History: A Study of the Nature of a Moral Deed,” is due to appear this spring.

This book is primarily about her ancestor, John Hartwell Cocke, a friend and contemporary of Thomas Jefferson, who was honored during Black History Month a few years ago for his efforts to bring about the emancipation of slaves. She writes about growing up in Birmingham, Alabama, during the civil rights era and how that sparked her awareness of history and how we need to learn how to care for it.

Ms. Johnston’s blog on the Metaphysics of Quality can be found at www.meta-q.blogspot.com For more information, call 610 574-4843.

Ed. Note: According to a blogger named Matt Kundert, “I remember being about 15 and noticing this book (“Zen and the Art of Motorcycle Maintenance: An Inquiry into Values”) in my father’s library. I thought the title was really cool and asked my father if it was any good. He said give it a try and find out, it might just change the way you look at your life. If not, at least it will forever change the way you fix a flat tire on your bike. This was like 1984, 10 years after it was published. I devoured the thing, literally. I ruined his copy … Sorry dad, I’m not even sure if I ever replaced your copy

“Anyway, I fell in love with the book … It sort of solves this whole problem we have with dualism: subject object, rational emotional, left brain right brain. We’ve been stuck with this way of thinking since Aristotle, or so they say. And it’s a relief to hear a man with a scientific background plus an IQ of 170 offer a plausible alternative for looking at things. I just finished reading it for what must be the fourth time.”