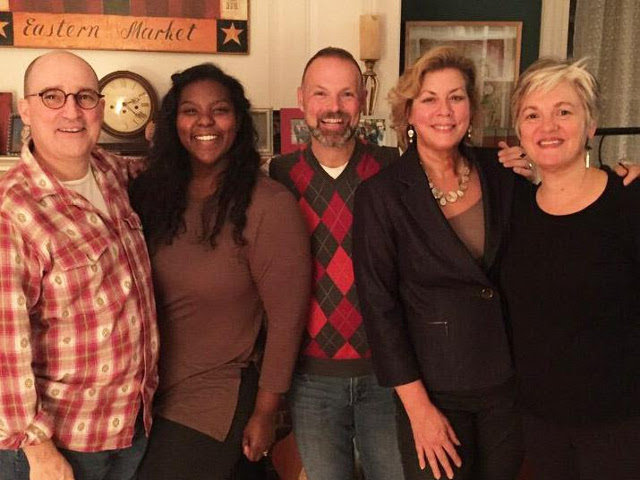 As has become the norm for Lyric Fest concerts, the roster of works included the old and the new, classical and popular, encompassing almost every conceivable fashion through which Americans have expressed their individual and national hopes and fears. There were songs by the 19th century’s Stephen Foster as well as two world premieres and a first performance of a new arrangement of an older tune.

Some of the selections were well known while others were not. Some came from collections while other stood alone. Yet all spoke in the peculiar voice of a nation that is both a melting pot and a patchwork quilt, a country of complementing and conflicting passions.

Suzanne DuPlantis was heard to great distinction in George Crumb’s “The Night in Silence,” the Media composer’s setting of Walt Whitman’s poem about the assassination of President Abraham Lincoln. One was struck by the music’s lyrical beauty as it triumphed over Crumb’s silly and dated “prepared piano” accompaniment.

DuPlantis’ was able to project it with unaffected intensity and delicate poignancy. She sang Lee Hoiby’s powerful setting of “Lady of the Harbor,” Emma Lazarus’ poem to the Statue of Liberty, with commanding conviction, then turned the corner and caught the humor of Jake Heggie’s “Leather-Winged Bat.” Loveliest of all was her rendition of local composer Kile Smith’s “There Is No Great and No Small,” a commissioned world premiere to words by Ralph Waldo Emerson in honor of Lyric Fest supporter Mignon Groch..

Michelle Johnson sang some of the evening’s most disturbing songs. A young African American soprano with a glowing tone and imposing projection, Johnson’s selections included several composed in response to the nation’s failure to address the overarching tragedy of slavery and its aftermath following its abolition at the conclusion of the Civil War. Songs like Abel Meeropol’s “Strange Fruit” and John Corigliano’s “Chimes of Freedom” were sung as emotional catharsis as well as with musical artistry.

I was particularly impressed by Troy Cook’s rendition of Marc Blitzstein’s “Emily (The Ballad of the Bombardier).” Blitzstein is one of America’s most underrated composers. His opera, “Regina,” a setting of Lillian Hellman’s “The Little Foxes,” is a masterpiece awaiting deserved appreciation. Blitzstein composed “Emily” while he was stationed in England during World War I. Cook gave the song a quietly impassioned reading that highlighted all of its beauty.

Tony Boutte’s performance of “Sure on This Shining Night” by West Chester’s Samuel Barber reminded one and all what a true master the composer was. His music both upholds the great traditions of classical vocal music while exploring new avenues of sonic expression.

Throughout the entire concert, Laura Ward offered exquisite accompaniment. Her playing projected both a brilliant piano sound and a vast palette of orchestral colors, as she both supported and inspired her vocalists. And she managed it all on nothing grander than an adequate Yamaha piano.

He gave the one-movement concerto a splendid reading, but it was Nezet-Seguin’s interpretation and the Philadelphians’ rendition of Berlioz’s “Symphonie fantastique” that made the concert’s most lasting impression. His keen ear for transparent textures and shimmering timbres plus an insistence on scintillating rhythmic precision brought the house to a frenzied ovation at the score’s conclusion.

Nezet-Seguin caught the delirium of the opening movement, “Daydreams, Passions,” through silken tones from the strings, sweet lyricism from the woodwinds, dramatic outbursts from the brass and sharp thrusts from the percussion. “A Ball” evoked a dreamy waltz, former Chestnut Hiller Elizabeth Starr Masoudnia conjured up pastoral innocence threatened by shards of evil on the English horn during “In the Meadows,” Nezet-Seguin projected ominous forebodings of death in “March to the Scaffold,” and then eerie images of the supernatural in “Dream of a Witches’ Sabbath.”

The young maestro opened the concert with the explosive festiveness of Berlioz’s “Le Corsaire” Overture and accompanied Stephen Tetreault with superb steadiness and encouraging sensitivity.

Principal guest conductor Stephane Deneve will lead the Philadelphians and their audiences on the road to Hollywood Oct. 14 & 15 at 7 p.m. and Oct. 16 at 2 p.m. The Orchestra will play John Williams’ soundtrack score for “E.T. – the Extra-Terrestrial” as the film is being shown in Verizon Hall.

Choral Arts Philadelphia and Phila. Orchestra round out the year

Finnish-born pianist to perform this weekend at Woodmere Art Museum