I binge-watched ‘Breaking Bad,’ and all I got was nowhere

by Hugh Gilmore The most important way I coddle my mind and sharpen its usefulness is through reading. I try to read a hundred books a year. I try to read a lot because I’d like to understand the …

I binge-watched ‘Breaking Bad,’ and all I got was nowhere 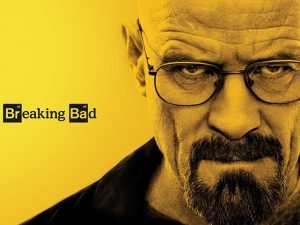 The most important way I coddle my mind and sharpen its usefulness is through reading. I try to read a hundred books a year. I try to read a lot because I’d like to understand the world we live in and the way it was before my untimely arrival.

Most years I fall short of my goal because we live in a devilishly tempting world when it comes to wasting time. You don’t need examples, but politeness and journalistic tradition demand that I should offer some, so I’ll say the obvious: the Internet, television, and streamed movies.

I’ll say another obvious thing: They’ve become habits. At the end of too many days, when we want to relax we give our brains one of those aforementioned biscuits. It’s ever so much easier to sink into the sofa with a remote control in hand than it is to dress, drive, park, watch a movie or play, hear a concert, or take a walk. Or, saints be praised, open a book. Reading has become a lost skill – and it is a skill – something that needs to be practiced. Otherwise we find ourselves opening a book and being unable to concentrate, to use our brains actively.

Let’s get to the point, shall we? A few friends and a few articles I’ve read have said that the television series “Breaking Bad” was so terrific I really had to try it. (As evidence of my powers of procrastination: the show aired from 2008 till 2013.) “Breaking Bad” has been, according to Wikipedia, “widely regarded as one of the greatest television series of all time.” It won 16 Primetime Emmys, eight Satellite Awards, two Golden Globes, two Peabody Awards, numerous television critic awards for writing, editing, directing, acting, and so on. In 2013, when it went off the air, it was entered in “Guinness World Records” as “the most critically acclaimed show of all time.”

“Breaking Bad” was created to be see one weekly installment at a time in typical serial fashion. I should have viewed it that way. You know, get all-suspensed-up wondering what will happen next as the buffalo herd charges the maiden tied to the railroad tracks. Something to talk about around the water cooler in my basement office. But, last month I decided to binge-watch it. I watched all 62 of those fifty-minute episodes in 12 days. I did this at all times of the day, sometimes just one bite, sometimes as many as five. I was driven by the overall desire to see it in one swoop. It wasn’t easy. My back and my legs and hips, neck and eyeballs took turns hurting the most.

And then? And then? And then: nothing. All I can say is: it was entertaining most of the time. And it had a cumulative weight as I came to know the characters (and actors) over a five-year span. But all it was was “good television.” That’s what they say. TV has been so stupid and inane and such “a vast wasteland” for so long that any series with some intelligence behind it is touted as wonderful.

I call this the “talking dog” syndrome: people would be so amazed by a talking dog they wouldn’t notice that it boringly nattered on and on about trees and hydrants and kerchiefs they’ve worn to the dog park. Or told tee-hee jokes about bitches they’ve known.

“Breaking Bad’s” fascination for other critics has been that it is built around unexpected contrasts. A teacher/meth producer. A housewife/adulteress. A sweet corporation boss cooking the books. An addicted daughter’s father it turns out, is an addict himself (and an air-traffic controller). The president of a multi-franchise fried chicken business is super-neat in appearance and never smiles. He seems the soul of probity. Each character’s aura is supposed to make you think, “There, but for the grace of Vince Gilligan (the creator of the series) goes I.” Except it’s not true. Every single character jumps the shark eventually. The need to entertain trumps the need to edify in this show. Ultimately the characters seem assembled by a kind of spin-the-adjective wheel to add a trait, then spin-the-verb wheel to give him an action. Everyone’s a freak ultimately. And such a pack of whiners!

Worse, the moral issues that “Breaking Bad” is praised for exploring (e.g., the choice between funding one’s middle class family’s life-style and being a major, murdering drug dealer) were trivialized by the medium’s need to blow party balloons up to parade float character size. Too extreme. Hammered home too often. Not fresh. Too many guns. Too much ironic music in the background. Wisdom by committee. Going backstage in the drug trade and its chemistry and slang was passed off as “realistic.” Here’s my final punch: Realism and truth are not the same.

I couldn’t wait to get back to my reading. Right now I’m just finishing “Blood in the Water: The Attica Prison Uprising of 1971 and Its Legacy,” by Heather Ann Thompson. On my Kindle: “A Journey in the Seaboard Slave States,” by Frederick Law Olmstead (1860). Those two books had much more to say about human life and human nature than “Breaking Bad.” I continued to think and wonder about them long after I had read them. Shows that merely entertain me for an hour or two (or 62, like Br-Bad) have a cotton candy effect on me. They might satisfy my need for a sweet taste for a while, but the ultimate effect is to sour my stomach at the thought of more. I’d rather read. No one ever has to say, “Oh yeah, such-and-such was good – for a book.”

Hugh Gilmore wrote “Scenes from a Bookshop,” a collection of stories about his days as an old-and-rare bookseller on Chestnut Hill Avenue in Chestnut Hill.