Hot Club cools off for overflow crowd at Pastorius Park

Hot Club cools off for overflow crowd at Pastorius Park 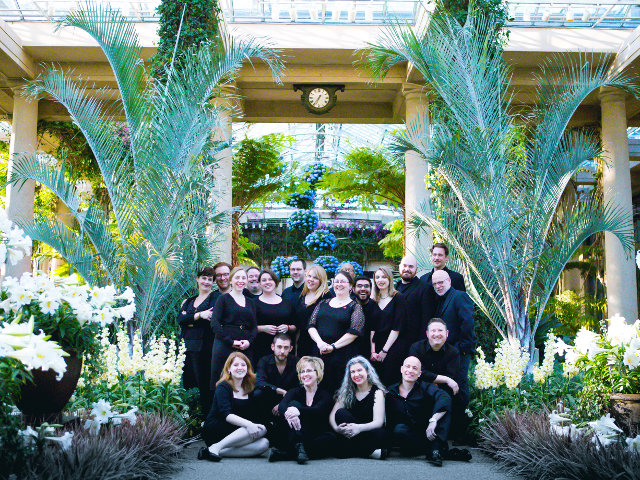 The 67th annual season of free concerts in Chestnut Hill’s Pastorius Park got underway Wednesday, June 17, with a performance by the Hot Club of Philadelphia before an audience that filled the Park’s natural amphitheater to overflowing.

Although the jazz band’s name includes the word “hot,” I found their style better described by the word “cool.” The band chose mostly laid back tempi, projected rhythms with an easy-going swing that invited the audience into the music, offering solo riffs with a suave sophistication.

I’ve never been sure how musicians manage to sound “French,” but the musicians of Hot Club of Philadelphia achieved that goal in tribute to the band’s stylistic antecedents with boundless energy and heaps of good humor. Considering that the weather cooperated reasonably well, it was an altogether great start of the 2015 season of concerts in the Park.

For the second Sunday afternoon in a row, the Presbyterian Church of Chestnut Hill was at the center of the local classical music scene. Donald Nally and The Crossing, the chamber choir he founded and directs, presented the second performance in their “Month of Moderns” series of concerts. The program included a commissioned world premiere, Toivo Tulev’s “A Child Said, What Is the Grass?” as well as a second work by the Estonian composer, plus two pieces by the Danish Pelle Gudmundsen-Holmgreen and James Primosch’s “Mass for the Day of St. Thomas Didymus.”

It was the Primosch that most caught my attention Sunday afternoon. The composer ingeniously combined sonic recollections of late medieval settings of the Greek and Latin Ordinary of the Roman Catholic Mass with contemporary overlays of poetic interpolations in which dissonances were sometimes jarring but never off-putting. At times, the two strands of musical idioms intersected while at others they stood apart.

I was particularly impressed by how well the Primosch fit into the historical continuum of settings of the Mass going back to the Renaissance, having heard Andrea Gabrieli’s “Missa Brevis” earlier that morning beautifully sung at St. Clement’s Episcopal (Anglo-Catholic) Church in center city. Nally and The Crossing gave the Primosch a splendid rendition. Though unaccompanied, the singing never wavered from the purest of pitch.

Alongside his commissioned world premiere, Toivo Yulev was represented by his “Summer Rain,” which opened the concert. Composed in 2011, it’s austere in texture and harmony and comprised of many short motifs that dart in and out, producing the sonic effect of shafts of pale northern lights streaking across the sky.

“A Child Said, What Is the Grass?” offers close harmonies, intertwining melodies, spacious antiphonal effects from within the choir that project walls of sound against each other, and a suddenly soft finale. Its daunting technical challenges were met by Nally and The Crossing effortlessly, belying all the effort that must have gone into rehearsing it.

Pelle Guydmundsen-Holmgreen’s “Green,” which closed the program’s first half, and his “Three Stages,” which brought it to a close, struck me as more suitable to being used as the background scores for two Nat Geo Wild cable television documentaries on intergalactic space travel and the nocturnal life of a jaguar, respectively. Neither worked as pure concert music because their sonic tricks of melodic slides landing onto straightforward harmonies became tiresome and predictable very quickly, even though they were sung superbly.

“The Month of Moderns” will conclude with its third concert Saturday, June 27, 8 p.m., in the Presbyterian Church of Chestnut Hill, 8855 Germantown Ave.

Virtual performance at St. Paul’s promising for return of live music this fall

Orchestra makes most of pandemic limitations for virtual concerts