The 2020 CHCA Meritorious Award was presented to the Essential Workers throughout the Chestnut Hill area. This is the seventh in a series profiles of essential workers whose work has helped us all … 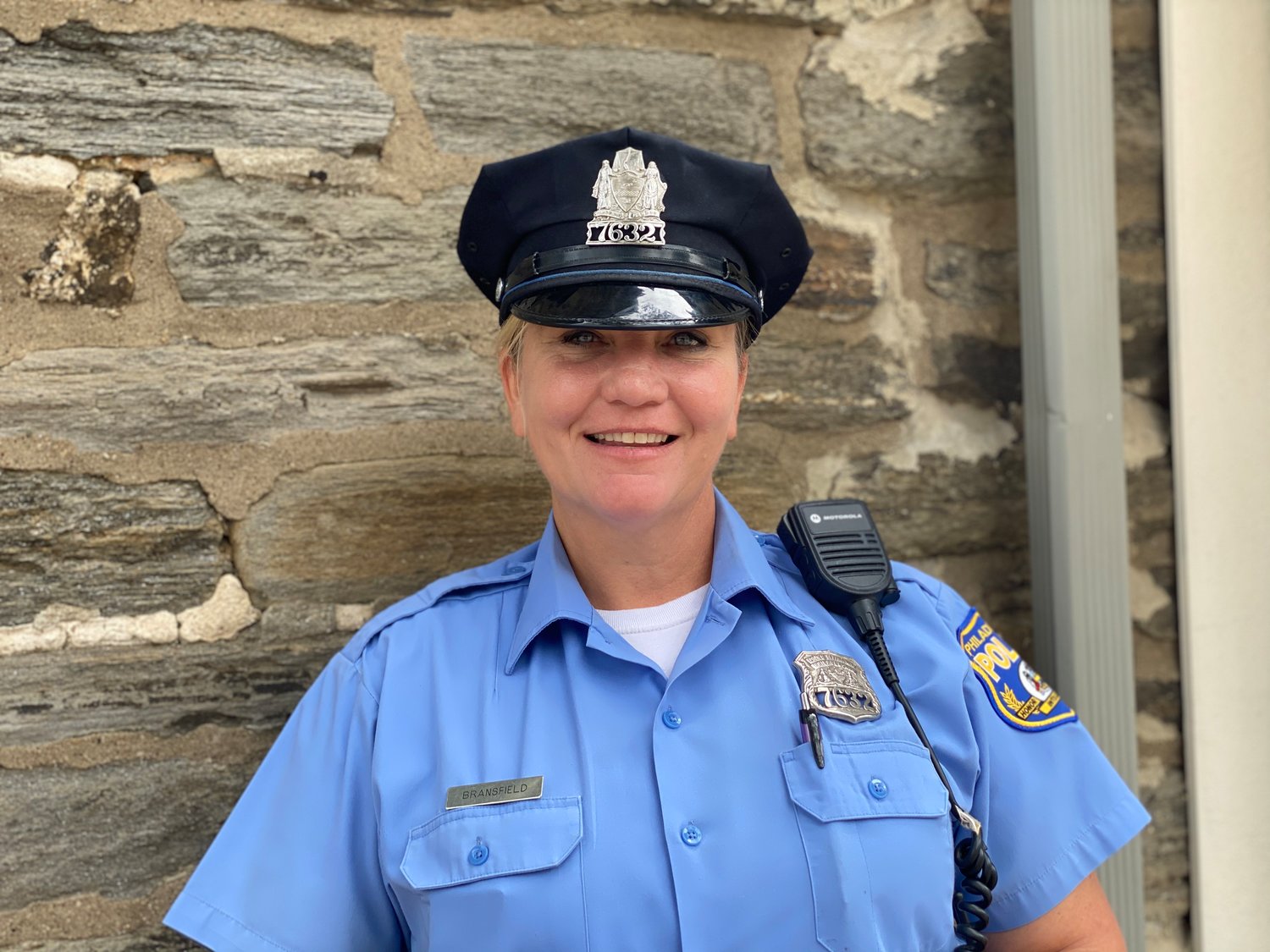 The 2020 CHCA Meritorious Award was presented to the Essential Workers throughout the Chestnut Hill area. This is the seventh in a series profiles of essential workers whose work has helped us all get through the pandemic.

If you haven’t already met Officer Daisy Bransfield, you should. You may have seen her walking her beat on the 8600 block of Germantown Ave. of Chestnut Hill, checking in with the businesses and numerous banks thereabouts. Officer Daisy Bransfield was somewhat reserved in speech until the conversation turned to the dogs of Chestnut Hill, at which point she perked up and became very animated.

She’s an animal lover who has two dogs and 10 chickens at her home in Oreland. She also considers the police district’s cat, which she feeds, hers. Officer Bransfield loves working in Chestnut Hill: not just because of all the adorable Hill dogs she meets while walking her beat on Germantown Ave., but because Chestnut Hill feels like a little town. “Everybody is nice up here,” she says.

This is Officer Bransfield’s fourth year in Chestnut Hill, though she has served her entire career in Philadelphia’s 14th Police District, which serves Chestnut Hill, Mt Airy, and Germantown. The police started parking their patrol cars on the 8600 block after a rash of bank robberies in the Spring of 2019. Since the police have been a visible presence, none of the banks there have been robbed.

During the beginning of the pandemic, Germantown Ave. was a ghost town. Businesses were closed. Residents were shut away in their homes. Crime was down. Now Officer Bransfield is starting to see more people on the Avenue. They are wearing masks and keeping their distance. Like many of us, Officer Bransfield isn’t stopping to chat with residents as much as she did before the pandemic. When she visits a residence for a call, she tries to talk to people outside rather than entering the house. It’s safer for everyone. But she does miss petting the dogs.

She counts herself lucky that she didn’t get Covid; her husband, a detective for the Philadelphia Police Department, did. Fortunately, his symptoms were mild. Daisy was tested twice, while she quarantined for two weeks, but both times her test results came back negative for Covid. Because Daisy, her husband and her adult daughter, who is a nurse, all work with the public in high contact jobs, their home is not a risk-free place. Daisy’s children and stepchildren have primarily lived with other family members during the pandemic. That has been very difficult for Daisy, as a mother, but she has her dogs, her chickens and Chestnut Hill.

Officer Bransfield said she works harder now to stay connected while keeping a six-foot distance from the members of the community that she is sworn to protect. You can find her patrol car parked across from Chestnut Hill train station; you might glimpse her and her partner walking their beat on Germantown Ave. on their day shift or patrolling and responding to calls throughout greater Chestnut Hill during her night shift. You and your dog can get to know Officer Daisy Bransfield from a safe distance and say “hello” to this essential worker in our community.