St. Michael’s Lutheran Church, 6671 Germantown Ave, will hold its final worship services on Sunday, Sept. 11 after 288 years. It has often been referred to as “the small church with a big … 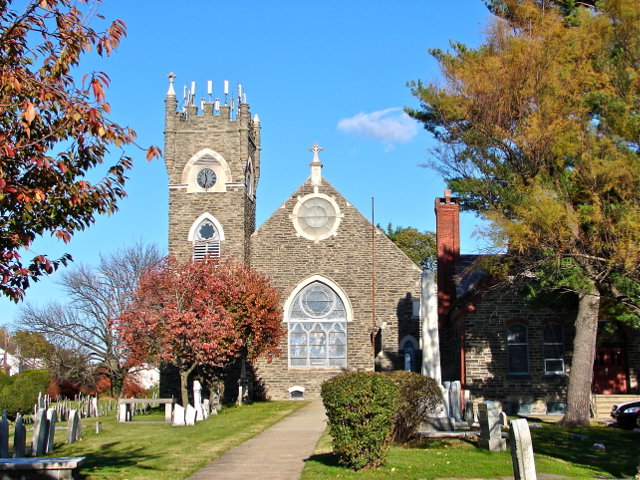 St. Michael’s Lutheran Church, 6671 Germantown Ave, will hold its final worship services on Sunday, Sept. 11 after 288 years. It has often been referred to as “the small church with a big heart.”[/caption]

After a 288-year-long history, St. Michael’s Lutheran Church, at 6671 Germantown Ave. in Mt. Airy, will hold its final worship services on Sunday, Sept. 11. According to church sources, the financial weight upon the congregation became too great.

For many in the surrounding community it will be a great loss since St. Michael’s is known for its public outreach and has often been referred to as “the small church with a big heart.”

During its regular worship time at 11 a.m. on Sept. 11, members and close associates will gather one last time for an intimate service of the Word, Holy Communion and remembrances of what St. Michael’s has meant to them.

At 3 p.m., the Southeastern Synod of the Evangelical Lutheran Church in America will host a final celebration of St Michael’s Lutheran Church and officiate the closing of the church. Bishop Claire Schenot Burkat will preside over the service, delivering the sermon and celebrating the Eucharist. The Rev. Dr. Philip D.W. Krey, retired president of the Lutheran Theological Seminary at Philadelphia (LTSP) and former member of St Michael’s, will assist.

The Rev. Andrena Ingram, St. Michael’s most recent pastor for nearly a decade, along with members of St Michael’s, will participate in the tribute to their beloved church.

A community-wide flea market will be held on Saturday, Sept. 10, 9 a.m. to 2 p.m., as a way of bringing neighbors and friends together for a day of fun and mutual support.

“Pastor,” as Ingram is known to many, carried the torch for St Michael’s mission to be “an open and diverse community of believers, grounded in the gospel of Jesus Christ and sharing that gift in our church, our community and in our world.”

A sign on the gate to the church reads “Come As You Are.” And those who came were often from the fringe – those with addiction, mental and physical challenges, those who identify as LBGTQ, those living with HIV and those struggling to find their way. All did “come as they are” and were essential to what made St. Michael’s.

Ingram is openly HIV-positive and a recovering addict. She has been an accessible presence in the community and source of spiritual resource to many who had long stopped attending church.

Under Ingram’s leadership, St Michael’s, along with St. Peter’s in Lafayette Hill and Whole Foods Inc., provided a weekly home-cooked meal and fellowship to 80-100 guests each Saturday since 2010 through the Community Meal Ministry.

All are welcome to attend the closing services on Sept. 11 and come by the flea market on Saturday, Sept. 10, to extend their appreciation for St. Michael’s.

The Southeastern Synod will take over responsibility for the buildings and grounds after Sept. 11. No plans have been announced regarding how the property will be used.

Here are some significant facts about St. Michael’s:

• The year 1728 is used as the birth date of St Michael’s. However, the actual date is presumed earlier as St Michael’s first pastor, the Rev. Anthony Jacob Henckel, died in 1728. He served the fledgling congregation for an unknown period prior to his death.

• The Rev. Henry Melchior Muhlenberg, referred to as “the ‘church father’ of Lutheranism in the United States” served as pastor of St Michael’s Church from 1743-1745

• On October 1, 1752, “a black man,” presumably a slave, was baptized at St Michael’s. This may have marked the first act of integration in Lutheran history. How fitting for a congregation known for its diversity, inclusive of people no matter one’s race, economic status or sexual orientation

• During the Revolutionary War, British troops looted the parsonage, broke into St. Michael’s sanctuary and tore organ pipes from their mounting. The Redcoats ran down Germantown Avenue blowing the pipes to celebrate their victory.

• The current structure is the third building on the site. The first sanctuary was built in 1746. By 1752, the sacristy, bell tower and pipe organ were complete. The original sanctuary was razed and replaced in 1819. The Sunday School building was added in 1866.