All the Way Live Restaurant Owners Nyeisha Cabiness (left) and her mother, Beverly Nedley, will open the first raw and vegan cafe in Chestnut Hill on Saturday, Sept. 21. All The Way Live's grand … 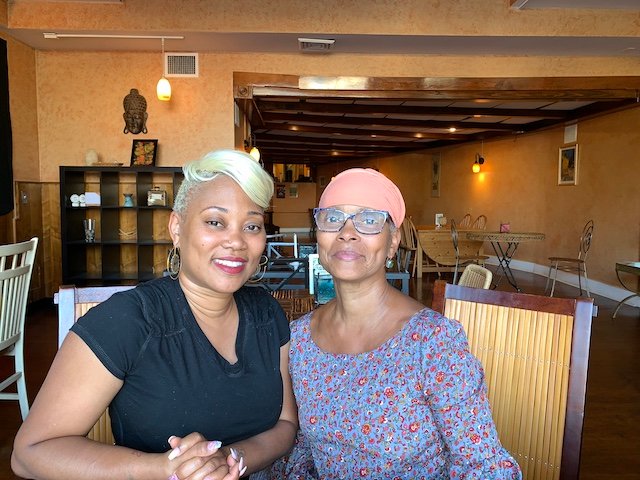 All the Way Live Restaurant Owners Nyeisha Cabiness (left) and her mother, Beverly Nedley, will open the first raw and vegan cafe in Chestnut Hill on Saturday, Sept. 21. All The Way Live's grand opening will be held from 2 p.m. to 9 p.m. at 8419 Germantown Ave., the former site of Louie's Little Hut. (Photo by Nandi Afiba)

Chestnut Hill will welcome its first raw and vegan restaurant on Saturday, Sept. 21, when All the Way Live, at 8419 Germantown Ave., holds its grand opening from 2 p.m. to 9 p.m. at the former site of Louie’s Little Hut. Owners Nyeisha Cabiness, 40, and her mother, Beverly Nedley, 67, are excited about opening their second location in Northwest Philadelphia. Their original store, also called All the Way Live, is at 6108 Germantown Ave. in Germantown.

Nedley said they are excited about becoming a part of the Chestnut Hill community. She said they fell in love with the history and beauty of the neighborhood.

“We are delighted to have All the Way Live join the Chestnut Hill Business Association as the only all-vegan alternative among our thriving restaurants,” she said. “We have received requests from local residents for a simple, health-conscious cafe serving vegan and raw foods, as this lifestyle choice is growing in popularity. We welcome this mother-daughter team to Chestnut Hill!”

Cabiness said to not let the name “All the Way Live” scare you. They serve more than just raw food. The menu includes lasagna – delicious layers of veggies and herbed nut cheese between zucchini “pasta” ($15); spaghetti – homemade tomato sauce with an assortment of mushrooms and vegetables served over spelt noodles or black rice noodles served with steamed broccoli or a side salad ($16); chickpea burger – sprouted chickpea veggie burger, with an herb nut mayo, lettuce, onions and tomatoes in a spelt pita ($12).

Nedley said the menu is very large and that all the items on it are wheat-free, sugar-free and soy-free. 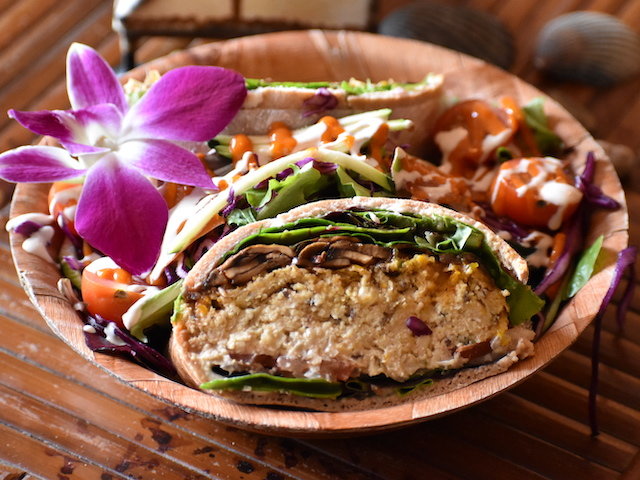 Cabiness added that they will have a large variety of homemade soups and chili, such as chickpea chili or Sabgi – mixed vegetables cooked to perfection with mild Indian spices. She said the café will also do juicing and smoothies.

Nedley, who became interested in the raw diet in 1978 because she had a history of thyroid tumors, said everyone can incorporate more vegetables in their diet.

“The menu is designed so everyone can enjoy eating something delicious and healthy,” she said. “We don’t want to exclude anyone.”

There are even delicious desserts, including their famous cheesecake made with young coconut meat ($9) or apple pie made from Fuji apples and sweet spices in a date and nut crust ($8).

Nedley said she and her daughter decided to open their first restaurant after friends and family members suggested they sell platters, which they did a few days a week out of a commercial property next to their family home. They opened the Germantown restaurant in July 2010.

Nedley said she began her journey of raw and vegan diet to be as healthy as she could be, and it has served her and her family well. Being able to start the first raw and vegan café in Chestnut Hill, she added, feels as if they are contributing to the community, and that is good.

After many years, charming gift shop has new owner