Chestnut Hill attorney Nan Feyler, previously of Mt. Airy, has just been named executive director of the Pennsylvania Innocence Project, which attempts to exonerate individuals who have been … 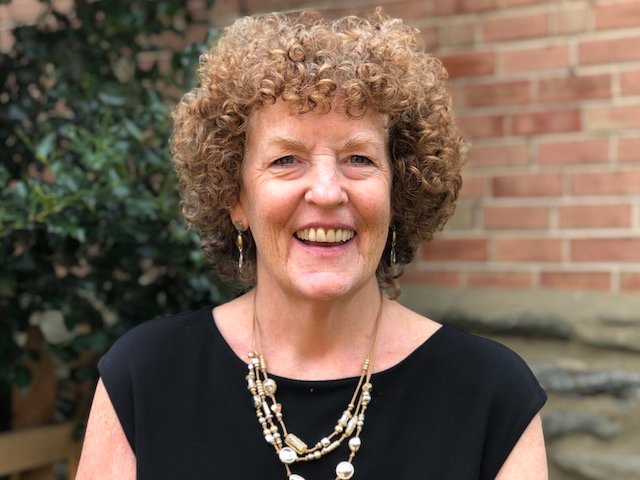 Chestnut Hill attorney Nan Feyler, previously of Mt. Airy, has just been named executive director of the Pennsylvania Innocence Project, which attempts to exonerate individuals who have been convicted and imprisoned for crimes they did not commit.

The Pennsylvania Innocence Project has named a Chestnut Hill resident as its executive director. Nan Feyler, JD, MPH, officially took over leadership of the nonprofit on Aug. 19 from David Richman, cofounder of the organization and its first president who had served as its interim executive director since May.

Feyler and her spouse, Lisa Shulock, moved to Chestnut Hill just weeks before Feyler began the job, from their home in Mt. Airy, where they lived for nearly 20 years and raised their two children, Emma and Danny. Feyler says they downsized to a beautiful, renovated home that is convenient to restaurants, stores and part of a strong community.

Feyler has always been interested in criminal justice reform and the needs of incarcerated persons or those at risk of incarceration, especially those who have been wrongly convicted, so they can “be exonerated and free.”

In a statement on the organization’s website, Feyler said she will expand “legal representation to a growing number of innocent people in Pennsylvania who were wrongly incarcerated, fighting to avoid conviction of the innocent and helping those exonerated to transition to society.”

Her career began in Philadelphia as an attorney with the Defender Association of Philadelphia, where Feyler learned firsthand the risks of wrongly convicting an innocent person. She earned her master’s degree in public health from Columbia University Mailman School of Public Health, where she was a public health scholar, and her J.D. from New York University School of Law, where she was named a Root Tilden Scholar based on her academic record and history of public service.

Since 1991, Feyler has served in several high-profile positions in Philadelphia: She was Deputy Commissioner for Public Health Programs in Philadelphia’s Department of Public Health; the Executive Director of Nationalities Service Center, a multi-cultural, multi-lingual nonprofit agency that provides services to the region’s immigrant and refugee population, and others.

“I have an affinity for the executive director role in nonprofits,” said Feyler. “I grew the program [at the AIDS Law Project] and learned a tremendous amount. At the time, during the middle years of the AIDS epidemic, it was tough work.”

Improving the lives of others has always been paramount to Feyler, and she has always wanted to use the legal system to effect change, especially for those who have been wrongly convicted.

“The work of the Innocence Project is multi-faceted,” she explained. “We work to reform laws, reduce the risk of wrongful conviction going forward, work to exonerate and work with law students.”

Feyler and her staff of 10, including those in an office in Pittsburgh, follow a rigorous, step-by-step system to analyze every case that comes before them and if possible, represent the incarcerated individuals if they are innocent. Of the 6,000 letters received since the Project began in April 2009, about three dozen are currently ready for review waiting for one of the project’s three attorneys to have the capacity to represent them. Nearly as many cases are currently active, meaning they’re in court or in a district attorney’s office. Fifteen individuals have been exonerated through the program.

Hundreds of open cases are in various stages of review, Feyler said, with a backlog because of a lack of staffing. Funding for the nonprofit’s work comes from various sources, including foundation grants, law firms and individual donors. At this time, there is no government funding available.

“The country’s entire criminal justice system is undermined when we have innocent people in jail,” Feyler stressed when asked why this work is important. “Every day an innocent person is behind bars is a travesty.”

She cites the case of John Miller, 44, one of the first convicted persons to reach out to the project after its founding and who was exonerated in early August, thanks to the efforts of a legal team from the Innocence Project and pro bono lawyers from Pepper, Hamilton LLP. After serving 21 years – nearly half his life – for a murder he did not commit, he left prison a free man and free of bitterness, still bearing a dignity that impressed Feyler.

“He was grateful to be freed and felt he was stronger for what had happened to him,” she said of their meeting. “It was powerful that he had such dignity. He was not bitter at all.”

In spite of the fact that Miller’s accuser (and only witness to the crime) recanted his testimony soon after the trial and insisted for years that his original statement was a lie, the process is so slow and complex that it takes a long time to prove exoneration and is very difficult.

“But he never gave up faith and hope that the truth would come out and he would be freed,” she said.

Feyler hopes to strengthen the criminal justice system by advocating for a stronger set of checks and balances which ensure that only guilty parties can be convicted and to fight for overall criminal justice reform.

Although many of the project’s clients are people of color who have cultural, racial and socioeconomic challenges, making them more vulnerable, wrongful conviction can happen to anyone.

The Innocence Project will celebrate its 10th anniversary with a gala celebration at the National Constitution Center in Philadelphia on Oct. 30.