Ted has written and recorded many songs and created and hosted the Chestnut Hill Singer/Songwriter Slam for four years. He has also performed at the Mermaid Inn and Stagecrafters, among many local … 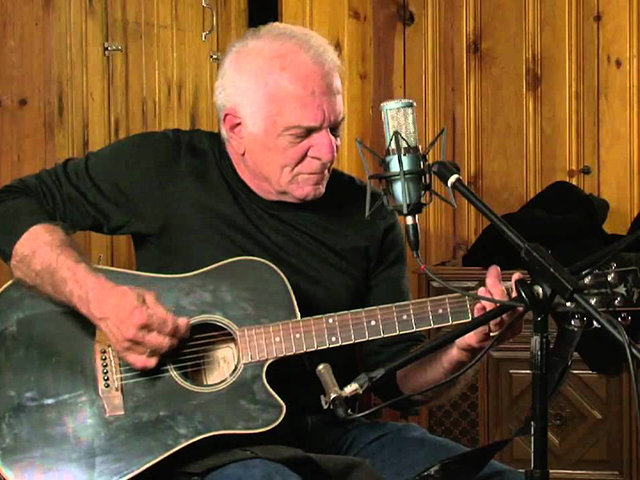 Ted has written and recorded many songs and created and hosted the Chestnut Hill Singer/Songwriter Slam for four years. He has also performed at the Mermaid Inn and Stagecrafters, among many local venues.

Long-time Chestnut Hiller Ted Fink's late brother Paul, who was a prominent psychiatrist, once lovingly described Ted as the ultimate risk-taker: “Ted’s a guy who believes he can do anything. The worst thing you can do is tell him there’s something he can’t do. Without ever reading a book on the subject (he’s mildly dyslexic) or working as a carpenter, he built his own house (on Cornelia Place in Chestnut Hill in 1983) — hammered every nail, designed and built most of the furniture within it; paints watercolors, performs his original stories at established venues, writes songs, sings songs and has taught himself to be an excellent guitarist. Oh yeah, he goes sailing and scuba diving while not knowing how to swim! He’s nuts, is what he is!”

In addition to all of those accomplishments, Ted, who will be 78 next month, taught in an inner-city school for 10 years, opened several fine restaurants, developed real estate, sold insurance and for several years became “The Eelman!” That’s right; from 1977 to 1981 Ted co-owned a business that was the largest exporter of eels — million of pounds — to Europe and Japan, where they are considered a delicacy.

These squirmy exploits are the basis of “In Search of Joel Gomez,” a 449-page novel based on real events self-published by Fink last year, which has garnered unanimous critical raves. (The nine reviews on amazon.com are all five stars.)

I must admit that I did not expect to come close to finishing a book about catching and selling eels, but I just finished the 449-page tome in about a week. It is a real John Grisham-like page-turner with lots of intrigue, greed, suspense, sex, deception, family misadventures, etc. It may not be a literary masterpiece, but I found it all fascinating and unpredictable.

Ted grew up on the edge of West Philly at 42nd Street and Parkside Avenue. “We could see Memorial Hall from our house, and the kids played Capture the Flag in Fairmount Park.” They moved to West Oak Lane when he was 12. Ted went to Wagner Junior High, Germantown High, Temple University and Miami University. He has a BA in creative writing and a Master's Degree in educational administration.

After substituting for a year at many Philadelphia schools, Ted ended up teaching 5th grade at Pastorius Elementary School in Germantown.

“My first year there were 48 kids in my class. Many kids in the school were the problem kids from all the neighboring schools. It was total chaos. To make matters worse, I was the only male teacher on the entire faculty.

“I was also the head of the safety patrol, the disciplinarian and the director of the after-school program. When I left teaching in 1971, with all those extra jobs, I was earning less than $12,000 a year. I loved the kids, but I had been promised a principal’s position. The board reneged on that promise. It was time for me to go.”

Ted also has an extensive restaurant background. Every summer staring in 1953 he worked as a busboy at a 20-room hotel in Atlantic City, and starting at age 16 he worked weekends as a banquet waiter in Philadelphia hotels — the Bellevue, the Warwick and the Sheraton. “In 1958 I was making more money as a banquet waiter on weekends than my father was making working 40 hours a week as an electrician.”

In 1964, Fink built The Rib Ranch Restaurant on North 22nd Street, three blocks from the old Connie Mack Stadium. He took over La Terrasse on Penn's campus in 1972, and in 1989 he opened Crickets, a rock 'n' roll night club, in Woodlyn, Delaware County.

When Fink entered the eel business, he was buying eels for 50 cents a pound and selling them to Europe for $14 a pound. “That's a good business!” he exclaimed. “And for several years it was a very good business. BUT in 1981 nine people died in Amsterdam of food poisoning, and tainted eels were blamed. A moratorium on imported eels was declared. For months nary an eel could be sold. It was time to leave, and I was ready.”

Fink started to develop real estate in 1981 after leaving the eel business and just recently started selling his holdings. “It was just getting too hard, and I was getting too old. However, I still own several properties.”

But many people in Northwest Philly know Fink as a singer/songwriter and storyteller. He has written and recorded many songs and created and hosted the Chestnut Hill Singer/Songwriter Slam for four years. He has played theaters, clubs, private parties and cafes. Every year he does one or two shows at the Mermaid Inn, and a couple of years ago he did a one-man show at Stagecrafters in Chestnut Hill for two nights that drew about 300 people. He has been a professional storyteller since 1981. His first tale was an eight-minute story about drug addiction in rhyme called “Lost In The Ooze.”

Although “Gomez” is Fink's first published novel, two others are waiting patiently in the wings. His first book, “The Tales I've Told” (not a novel), is a multi-media collection of the author's favorite stories. One reviewer of “Gomez” said is was no more about eels than “Moby Dick” is about big fish. “It's the truth,” said Ted. “Gomez is a metaphor for trying to find purpose. And purpose is not always what we think it is.”

What is the hardest thing Fink has ever done? “The eel business was the hardest, as well as the most exciting, thing I have ever done. Writing about it was a hell of a lot easier than living it.”

What is the best advice Fink ever received? “My mother used to say, 'Rome wasn't built in a day. Nothing comes easy. It takes time.' At 78 I'm just beginning to realize how right she was.”

What is Ted's biggest pet peeve? “Every time I see that smug look on Trump’s face, I get pissed-off.”

Ted and his wife, Ruth, have been married for 47 years. They have a daughter, Juliet, 40, who has two sons 4 and 2; and a son Matt, 34. For more information, visit tedfink.com