Juravich created the Spinbal, which adds a whole new level of sonic output for drummers. by Len Lear Guy Juravich, 30, who grew up by the Chestnut Hill West Septa stop on West Springfield Avenue and … 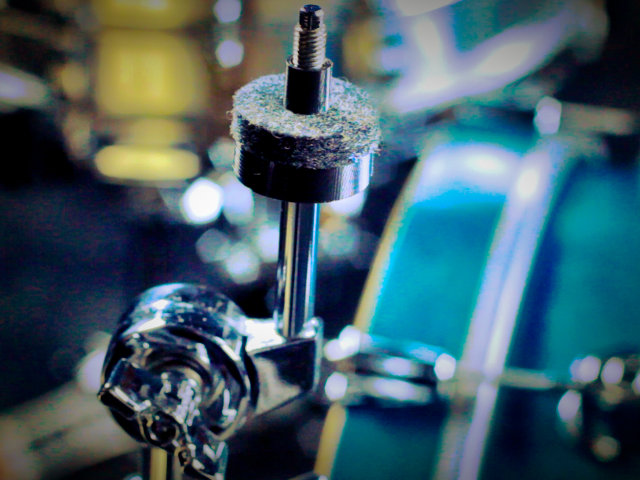 Juravich created the Spinbal, which adds a whole new level of sonic output for drummers.

Guy Juravich, 30, who grew up by the Chestnut Hill West Septa stop on West Springfield Avenue and attended Jenks Elementary School until he was 9 years old, is the creator of a product for drum cymbals that just may some day put him in a class with Les Paul, famed creator of the solid-body guitar that bears his name.

Juravich, a professional drummer for 10 years, has been a “hired gun” for many commercial bands, playing gigs in casinos, theaters and festivals. He has played in a Rolling Stones tribute band and other cover bands and has played commercial rap/rock, singer/songwriter folk, variety shows, studio sessions, etc.

The Chestnut Hill native went to college in Quebec, Canada, where his tuition was about 15 percent of what it would have cost in the U.S. He moved back to Philadelphia in March of 2011 to be close to his twin sister, Mary, who was getting her master's degree at Chestnut Hill College at the time.

But Juravich’s ticket to fame might be as the founder and creator of the Spinbal, a skateboard ball-bearing inside of a cymbal holder that allows any cymbal to spin for up to 10 minutes, adding a whole new level of sonic output for drummers. It produces a Doppler Effect, which modifies the shape of a sound wave dramatically; the effect is a rich, pulsing tremolo (vibrato). Since Juravich is not an engineer, how did he come up with the concept for Spinbal?

“The idea came to me at a concert at the famous Kessler Theater in Dallas Texas,” he replied. “The opening act for the variety show I was playing with was a world famous lasso artist. The large, swirling lassos he was throwing over the theater crowd, 40 feet wide almost, inspired me to want to perform with extra gusto.

“So I began spinning my cymbals as a sort-of ‘homage’ or reference to his style, to only quickly realize the sonic ramifications of a spinning cymbal were vast and unique. It was the standing ovation that I received when I was introduced at the finale of the show that confirmed the method.

“That was one of the best days of my life, knowing that I had done something truly novel and useful, out of a simple desire to entertain and engage my audience! I worked closely with a PhD physicist friend of mine to get the friction to be minimal and confirm my suspicions about kinetic energy and wave shape patterns. I worked with local prototyping center, NextFab, to complete the 3D printing of my prototypes; the maker-space is world-class and right here in town, under our noses!” 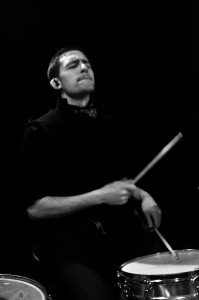 Juravich has played for many commercial bands, including a Rolling Stones tribute band and other cover bands and has played variety shows, studio sessions and a lot more.

According to Juravich, who now lives in Queen Village, “Spinbal is an incredibly affordable way to augment your gear and technique. Guitar players, organists and vibraphone players spend hundreds to get this rich tone. With Spinbal you can get this great tone out of your existing cymbal collection without breaking the bank.”

Spinbal will cost less than $10 retail, Juravich maintains, if a Kickstarter campaign he recent started is successfully funded, which will enable him to proceed with “injection molding.” In fact, he believes that eventually the price will be closer to $5!

“This cost would be more like over $50 each if we were to rely solely on 3D printing for fabrication. On Kickstarter we are asking for $25 each, and when one considers that guitar players, organists and vibraphone players have to spend sometimes well over $100 to get this tone, it is still a bargain!”

Juravich’s marketing campaign is based heavily on endorsements and comments from reputable musicians and sound engineers throughout the country as well as in the Philadelphia area.

As of last week, Juravich’s Kickstarter campaign had reached 16 percent of its target goal of $10,000 dollars. “This was without having even begun our official marketing and press campaigns,” he said. “We still have well over 30 days to go, and are feeling very hopeful for continued momentum.”

If successfully funded, preliminary distribution will be done by a local music store, dealer and distributor, BridgeSet Sounds of 710 South St. They have an exclusive floor demo model for the public to have the opportunity to play it, examine it and learn more! “Steve Harner, the owner of the company, has single-handedly been my greatest supporter, from initial conceptual discussions to today.”

The studio where Juravich recorded and edited much of the content of his promotional video explaining the benefits of Spinbal was Sleepless Sound Studio in Mt. Airy.