Matthew Duques and Diana Bellonby, of Chestnut Hill, have taken over ownership of Penn Book Center at 130 S. 34th St. in University City. by Christine Wolkin There’s a happy ending for Penn Book … 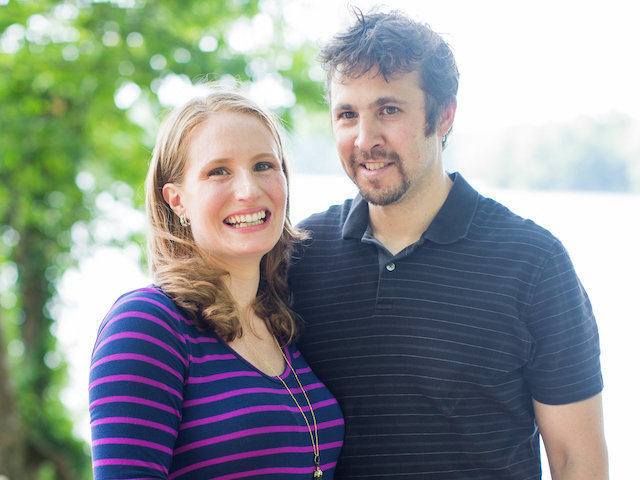 Matthew Duques and Diana Bellonby, of Chestnut Hill, have taken over ownership of Penn Book Center at 130 S. 34th St. in University City.

There’s a happy ending for Penn Book Center at 130 S. 34th St. in University City as a Chestnut Hill married couple, Matthew Duques and Diana Bellonby, have taken over ownership of one of Philly’s most beloved independent bookstores.

In April, then-owners of the independent book shop Michael Row and Ashley Montague announced that they would be closing the 57-year-old store.

“The explosive growth of online book sales at cut-rate prices has made selling books in brick and mortar stores a difficult proposition,” said Row, who purchased the store with Montague in 2005 from original owners Achilles and Olga Nickles.

Row and Montague were immediately hit with support from the city’s literary community – poets, literati, students and professors – who generated media attention both locally and nationally.

It was one of those articles that grabbed the attention of Duques, a Haverford College graduate and former professor in Alabama, and Bellonby, who were just packing up their home in the deep South at the time and moving to Chestnut Hill in May. Both Duques and Bellonby have Ph.Ds. in English. Bellonby, who grew up in Northern Virginia, is a scholar of Victorian literature. Duques, a New Jersey native, has a background in retail and hospitality and has been an English professor at the University of North Alabama for the last five years. Also, Bellonby’s father attended the University of Pennsylvania.

“I couldn't believe my eyes,” said Bellonby. “Matt had been wanting to open an indie for as long as I'd known him. Here was a store for sale not only in Philly but in Philly next to a university. Within hours, Matt was on the phone with Michael and Ashley.”

Along with their two small children and German shepherd mix, the couple moved here to be closer to family and fell in love with the town when they attended a wedding reception at Chestnut Hill College several years ago. They both agreed that the area would be a great place to raise a family.

“We fell in love with Chestnut Hill during a visit five years ago when I was pregnant with our daughter,” said Bellonby. “That October weekend we agreed that, if possible, we would raise our kids here.”

Duques and Bellonby, who officially took over the store Sept. 1, are planning on making it a smooth transition. “We think Matt and Diana are the perfect people to build on the legacy of the Penn Book Center,” said Row. “As academics, they understand what makes the Penn Book Center unique, and they have the vision and energy to make it a viable trade store.”

On their website, Row and Montague posted this comment: “We felt terrible about closing, and we are so grateful to the many people who organized to save this wonderful institution – to Penn faculty and students led by the amazing Chi-ming Yang, to our customers, to the Penn real estate folks and especially to Matt and Diana.”

While Duques acknowledges the difficulties with beating big online book warehouses, they have several ideas for turning the Penn Book Center around.

“We plan to compete artfully with Amazon,” he said, “by starting a compelling membership program, partnering with institutions and writers, doing fundraising, doing minor renovations and redesign work to allow for more browsing and for book clubs … I have always loved independent bookstores. Getting lost in the aisles, sitting on the floor to read a book, stumbling across a book you never intended to find.”

The University of Pennsylvania, which owns the building that houses the bookstore, has worked out “a really good lease” for the new owners.

The Penn Book Center is hosting a “meet the owners” event Friday, Sept. 6, at 6 to 8 p.m. at 130 S. 34th St. In addition to meeting Duques and Bellonby, guests are encouraged to come out and learn about the store, to make suggestions for how to keep it thriving and to thank the shop’s previous owners for all of their efforts.