Ellen Fishman-Johnson, who teaches art and new media at Springside Chestnut Hill Academy, has composed an innovative opera in which the audience chooses what comes next. by Peter Crimmins The new … 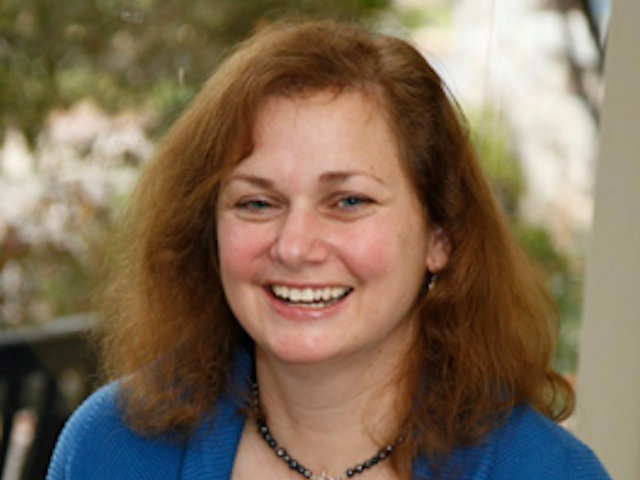 Ellen Fishman-Johnson, who teaches art and new media at Springside Chestnut Hill Academy, has composed an innovative opera in which the audience chooses what comes next.

The new comedic opera “Marie Begins” features a young woman about to celebrate her 30th birthday in her downtown apartment, alone, with a vegan pizza and a glass of wine. Marie sings about making changes for the next phase of her life: lose weight, find a new job and pursue a possible new boyfriend.

A knock on her door interrupts her reverie.

Who is it? Is it an old friend who is kind of annoying now? A weirdly intense neighbor who might become a romantic partner? Marie’s mother?

Composer Ellen Fishman-Johnson lets the audience choose. “They can decide to go in the direction of Marie’s love interest or her mother or her best friend from high school,” she said. “The choices come together to tell a story.”

“Marie Begins” is a fully sung, interaction opera in the style of the “Choose Your Own Adventure” book series, with several diverging story branches and five different conclusions. Fishman-Johnson, with librettist Julia Curcio, wrote music for every narrative possibility.

It was performed live in January as part of an Opera America conference in New York, where about 100 audience members collectively decided the direction of the story by majority vote cast via electronic clickers. But it is really designed to be experienced on the internet, as individual users move through a series of online videos shot on location, deciding at key moments where the opera should go next.

Fishman-Johnson teaches art and new media at Springside Chestnut Hill Academy, working on video and computer coding with her students. She recalled attending a lecture about how performance art nonprofits could drive more clicks on their websites. It occurred to her that the websites themselves should be performances. “Why can’t it be artwork they are coming to our websites for?” she said.

Fishman-Johnson found a kindred spirit in Curcio, a novelist writing contemporary women’s fiction “with an absurd twist,” according to her website. After winning seed money from an Opera America grant for female composers, the pair were off and running.

Fishman-Johnson likens the nonlinear structure of “Marie Begins” to the map of an internet site, with a network of web pages leading users down a cyber path. The opera also takes cues from TV sitcoms, whose buoyant conflicts lead characters to learn something about themselves in the end.

“She’s trying to find meaning in a life full of distractions. We are all very distracted nowadays,” said Fishman-Johnson of Marie. “Even if the meaning she finds is inconsequential and small, she gets to a level of mindfulness that escapes many of us these days.”

“Marie Begins” has just launched this month on a browser near you but only with a few story lines available. Fishman-Johnson is still fundraising to record and produce segments for the full breadth of narrative possibilities. She expects to finish by summertime.

This article is reprinted, with permission, from WHYY's online Newsworks Tonight. For more information, visit www.efjcomposer.com.

Ed.note: Fishman-Johnson has worked with choreographers, artists and poets to create new performance experiences that go beyond the concert hall. For example, she collaborated with choreographer and former Martha Graham dancer, Jeanne Ruddy, between 2007 and 2012. She studied music composition at San Francisco State University, the University of California, Berkeley, the Peabody Conservatory and the Conservatoire Americain de Fontainebleau. At Springside Chestnut Hill Academy she founded the ViDCAST Studio for video, broadcasting and music production. She has presented nationally on technological approaches to teaching music composition and creating multimedia projects.